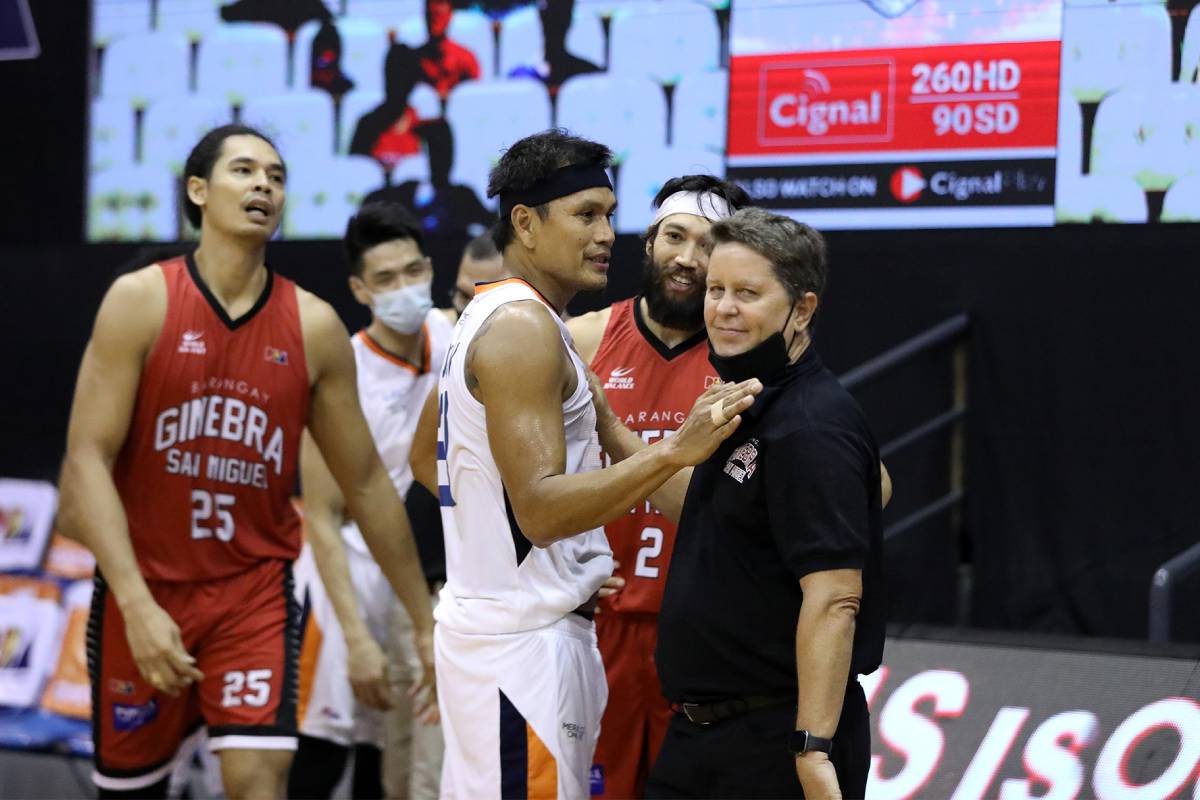 The Gin Kings completed a 83-80 conquest of the Bolts in Game Five of their 2020 PBA Philippine Cup semifinal series. It marked the fourth time in four years that the rivalry went in favor of the league’s most popular team.

For starters, the previous three were all in the Governors’ Cup Finals, including last season that ended only in five games.

“I really feel for Norman because he coached a hell of a series,” Cone said after their Finals-clinching win at AUF Sports and Cultural Center.

“And that, of course, is led by their leader, coach Norman. We’re not really best friends, but we’re close, so it really pains [me] to know the pain he has to go through for us to be happy.”

For Cone, he understands the disappointment that his contemporary has suffered yet again. After all, he was once in that position early in his career — against Black.

Cone began his PBA journey with Alaska Milk in 1989. By that time, Black was already manning the sidelines of a powerhouse San Miguel Beer, whom he steered to the historic Grand Slam in that year.

“I know how disappointing that is. I’ve been on the other side of that.

“Early in my career, we just could not beat San Miguel at any time. When Norman was coaching that team, we couldn’t beat them,” said the owner of two Grand Slams.

Take the 1992 First Conference, where the Aces lost to the Beermen, 118-97, for the right to face Shell Rimula X in the Finals.

“And it just seemed like they would make a big shot every time down the stretch, and we would go home disappointed. So I know the pain that goes through that, and I know that jubilation on the other side,” Cone said.

“And that’s what sports is all about, you know. The pain and the jubilation, it can be separated by just a very, very thin line,” he added.

Sure, the Barangay have closed yet another episode of their rivalry with them on top. That doesn’t diminish the respect Cone has for Meralco, who made their first Philippine Cup semis this season.

“We’ve been fortunate to be able to beat the Meralco team. And again, I just feel like they’re just a really, really good team. And I can’t give them a better compliment than that,” the PBA’s only 22-time champion coach said.

“That’s better than having a bunch of great players. It’s more important to have a great team, and I think they’re a great team.”