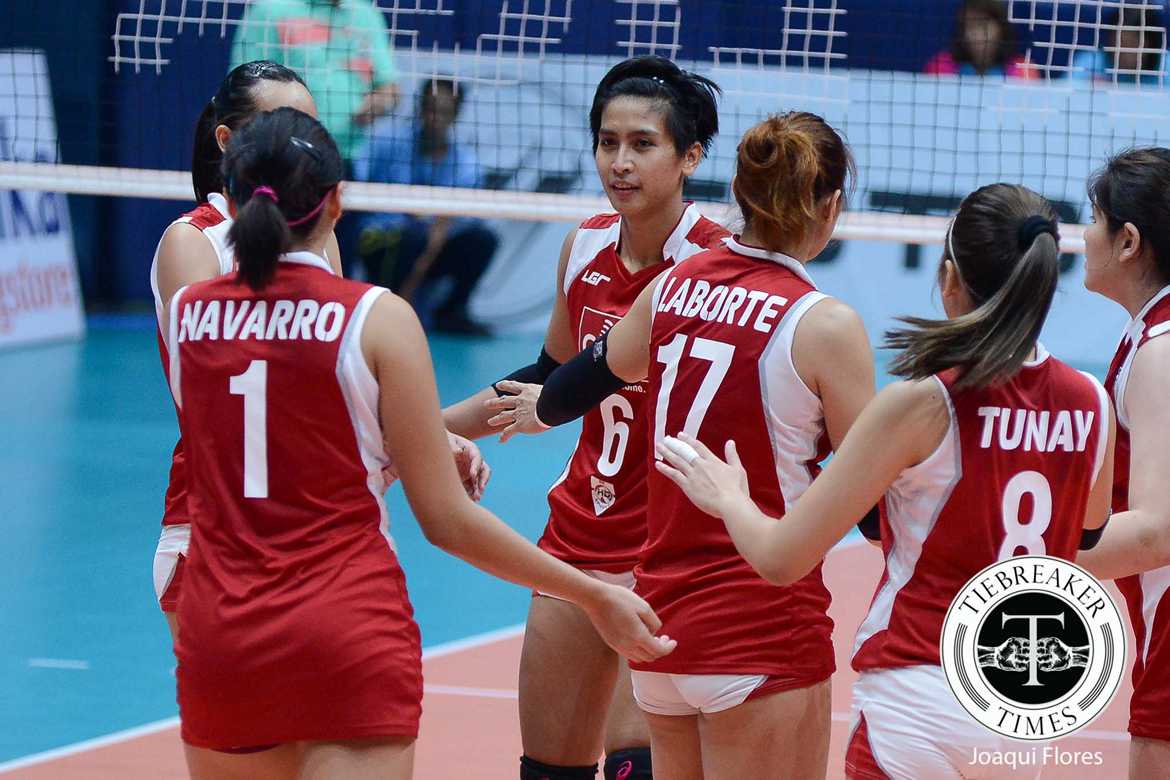 The Cignal HD Spikers made quick work of the Standard Insurance-Navy Lady Corvettes in a straight set win, 25-12, 25-22, 25-18, Saturday afternoon at the Filoil Flying V Centre as they await the result of the final Group B match-up on Sunday, July 31.

The HD Spikers quickly jumped on an 18-9 lead in the opening set. Errors by Cignal and unanswered attacks by Jonah Sabete tried to give life to Standard Insurance but back-to-back kills by Cherry Vivas and Rizza Mandapat and an error off a free ball by Pau Soriano handed the first set to Cignal.

Cignal once again gained an early lead that eventually turned to a 24-15 lead. However, the HD Spikers had a tough time closing out its second set. A down the line attack by Sabete sparked a 7-0 Navy rally capped by a Lilet Mabbayad point coming from a joust against Navarro. With her team’s lead down to just two, 24-22, team captain Laborte took matters into her own hands with a quick attack to end a potential Standard Insurance hijack.

Gaining momentum from the second set, Standard Insurance was able to keep pace with Cignal. But with the score knotted at 14-all, Laborte became a woman possessed, blocking every ball coming at her. Laborte scored four points off the block that gave Cignal a 20-16 edge. The HD Spikers then finished off the game capped by a find by Cheng to Panaga for a kill.

With a 2-1 slate, can either be the top or second seed the knockout classification matches depending on the result of the Standard Insurance (1-1) versus Generika (2-0) on Sunday, July 31.