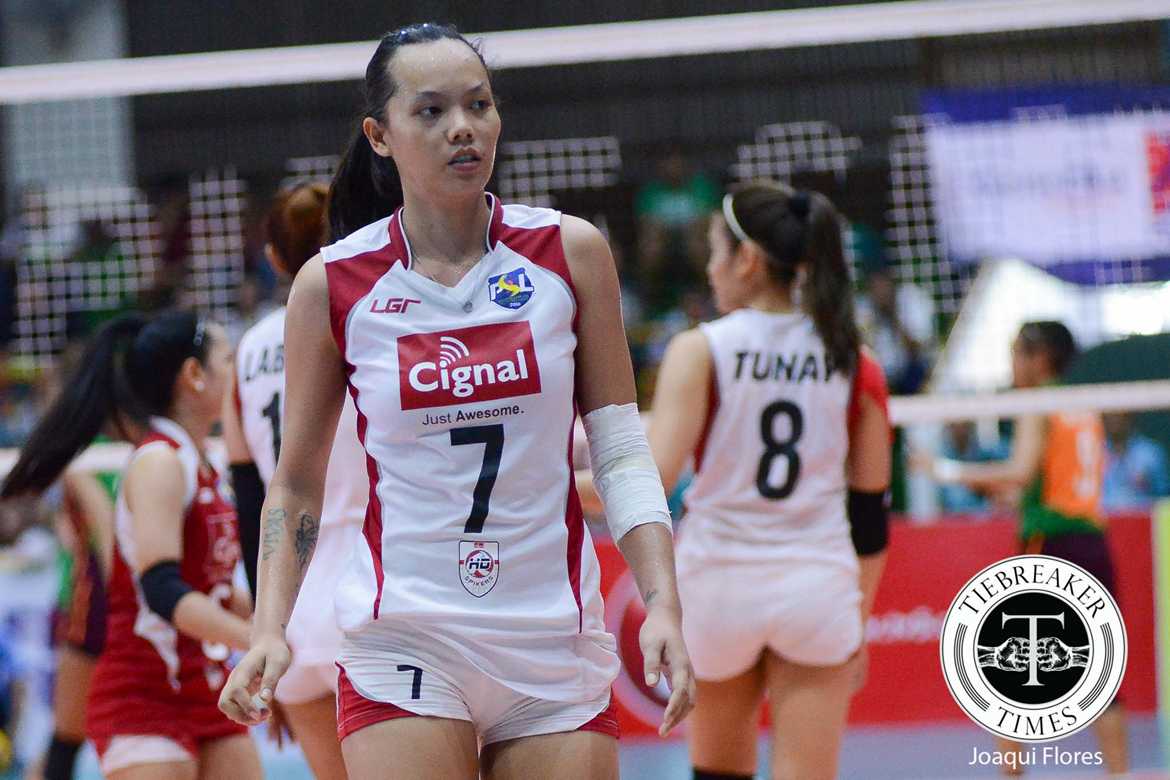 After a disappointing outing last Sunday, the Cignal HD Spikers regained momentum as they tormented the Lady Altas-powered Amy’s Spikers, 14-25, 25-17, 25-13, 25-14, in the second round of the 2016 Philippine Superliga All-Filipino Conference at the De La Salle University Lipa Sentrum.

Flat-footed, Cignal succumbed to an early deficit in the opening set. The young Spikers pounced and amassed a 23-12 lead to put the first set out of doubt.

His team responded decisively, sprinting and diving to keep points alive. With more chances to score, Cignal overwhelmed their foes in each of the following three sets. The HD Spikers even raced to a 20-8 lead in the fourth frame to seal their win.

Cignal now have a 1-1 record in the second round, where they are grouped in the loser’s bracket, where fifth place is up for grabs.

Since joining the league in the Invitational Cup a few months ago as the New San Jose Builders, the franchise has yet to win a PSL match.