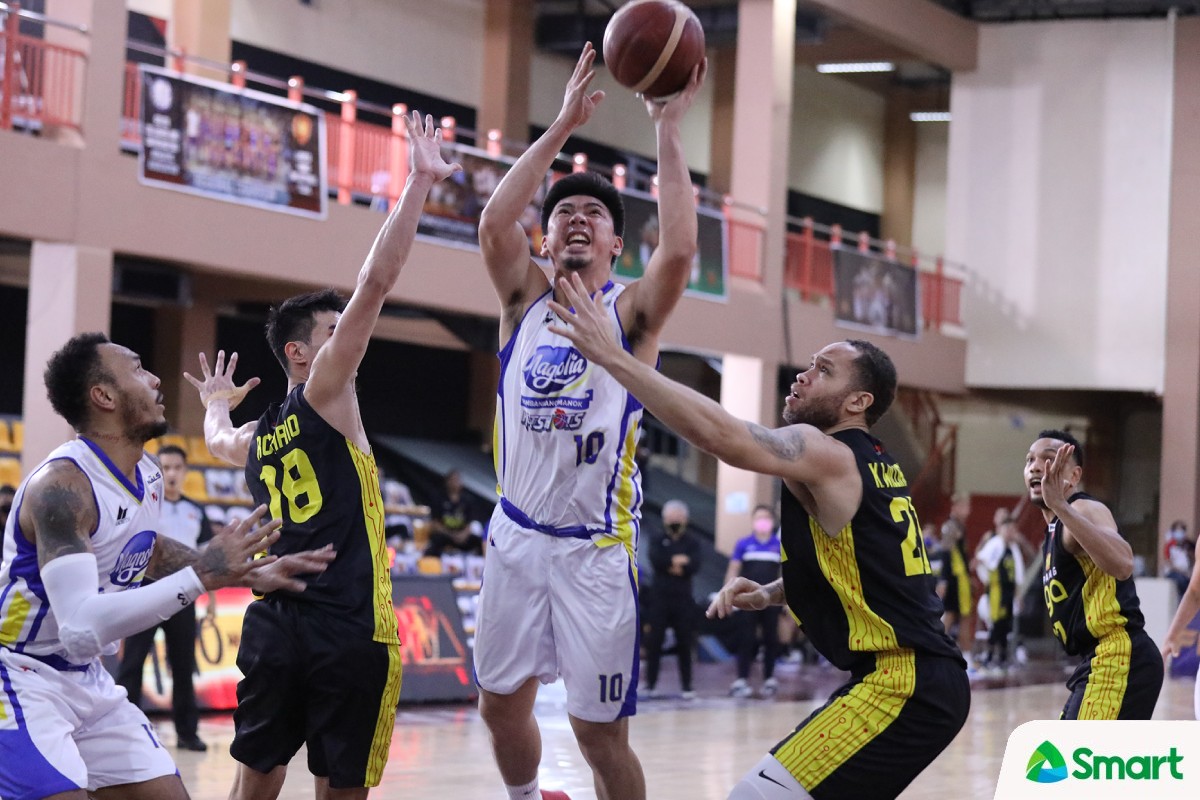 Chot Reyes could not emphasize enough how big Kelly Williams’ presence alone was for TNT in Game Two of the PBA Philippine Cup Finals.

The former league MVP was doubtful to see action Friday due to the back injury he suffered in the series opener two nights ago. Still, he simply shook it off.

He even started the game, and helped out in the Tropang Giga’s hot start en route to the 105-93 win that gave them a 2-0 series lead over Magnolia.

“Huge. I can’t overemphasize how important Kelly is just being here and to our scheme of things,” said the decorated mentor moments after the match at the Don Honorio Ventura State University Gym in Bacolor, Pampanga.

The 39-year-old played for a total of 22 minutes and 40 seconds. He collected five rebounds, three points, and an assist.

His only points came from downtown early in the second quarter – just one of the 13 three-pointers the Tropa drilled. They also set a new Finals record for most triples in the first half, according to league stats chief Fidel Mangonon.

“Every minute that he can contribute is a golden minute for Poy [Erram], Troy [Rosario], and the other bigs to get some rest,” lauded Reyes.

The champion bench tactician said that Williams is around ’50 to 60-percent’ in terms of his form. Still, what matters the most is him being around.

“I think about fifty, sixty percent. But like I said, just having him in there, that’s a huge presence – a big factor for us,” he said.

His status for the next game, though, remains uncertain. Reyes admitted that the 15-year vet felt pain in his back once again.

“As you noticed, we subbed him out again in the fourth and we couldn’t get him back in because his back spasms are acting up.

“We’ll see how it’s going to be for the next game,” added Reyes. “We don’t know going to Game Three, so we’re just going to wish for the best.”