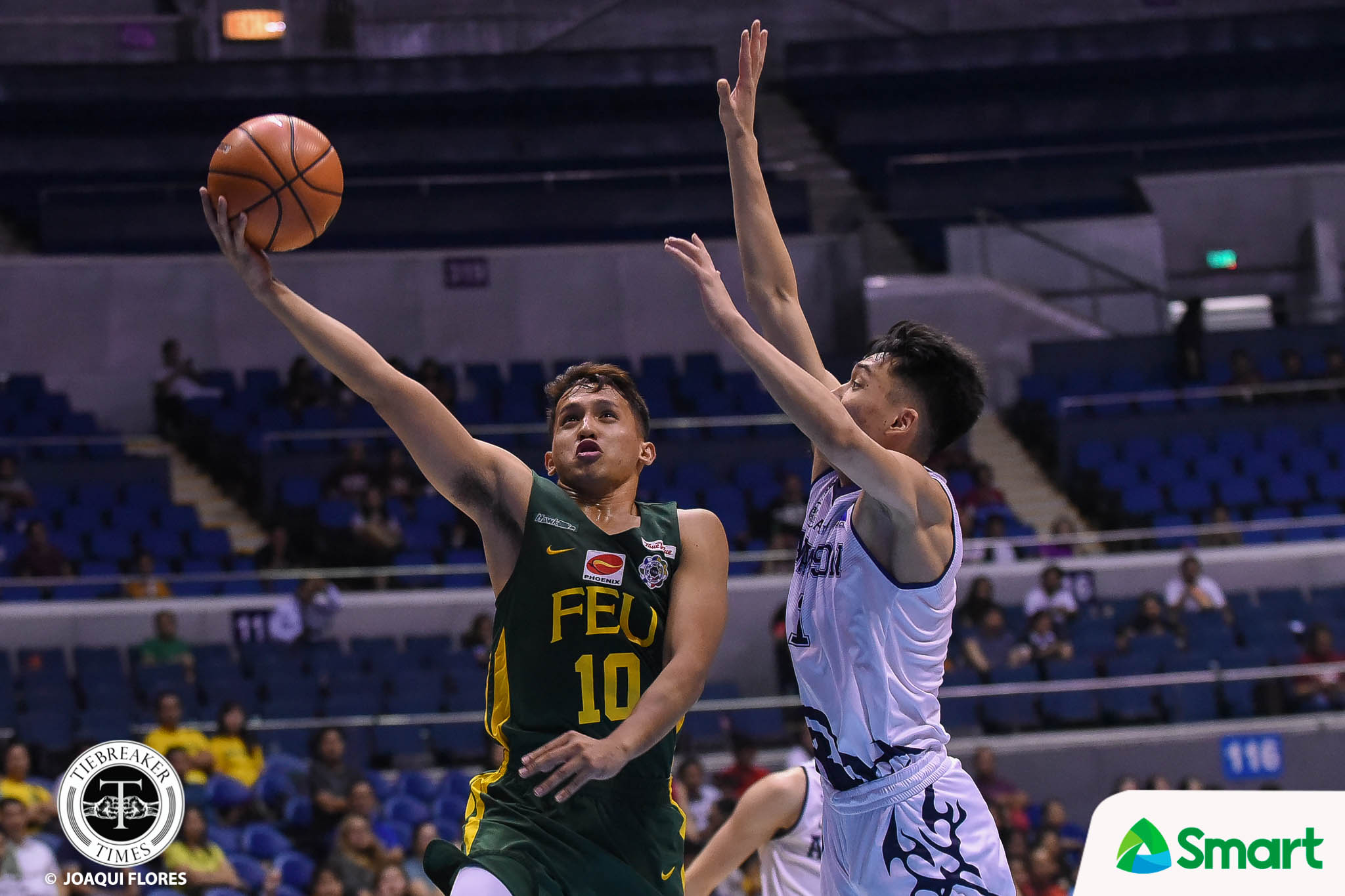 If the Far Eastern University Tamaraws want to see consistency, they don’t have to look further than Wendell Comboy, whose end-to-end efforts proved to be crucial in clinching back-to-back wins.

The hot hand of the Tamaraws’ fourth-year guard, paired with his lockdown defense, earned him the recognition as the Chooks-to-Go Collegiate Sports Press Corps UAAP Player of the Week.

In FEU’s bounce-back effort against the National University Bulldogs last Wednesday, Comboy topped the scoring column with 18 points, going 7-of-12 from the field.

He continued his momentum four days later in the cardiac game against the then-undefeated Adamson Soaring Falcons by scoring 13 points to help the Tamaraws edge out Franz Pumaren’s squad in overtime.

In the dying seconds of the thriller, the 6-foot Comboy even came up with a huge block on 6-foot-5 Sean Manganti that sealed the deal on FEU’s stoppage of the Falcons’ unbeaten start.

And he was taught those defensive plays by two of the country’s best-ever players in the position – FEU head coach Olsen Racela and assistant coach Johnny Abarrientos.

Comboy edged out University of Santo Tomas’ CJ Cansino, Ateneo’s Angelo Kouame, and UP’s Bright Akhuetie for the weekly award given by scribes from print and online covering the league.