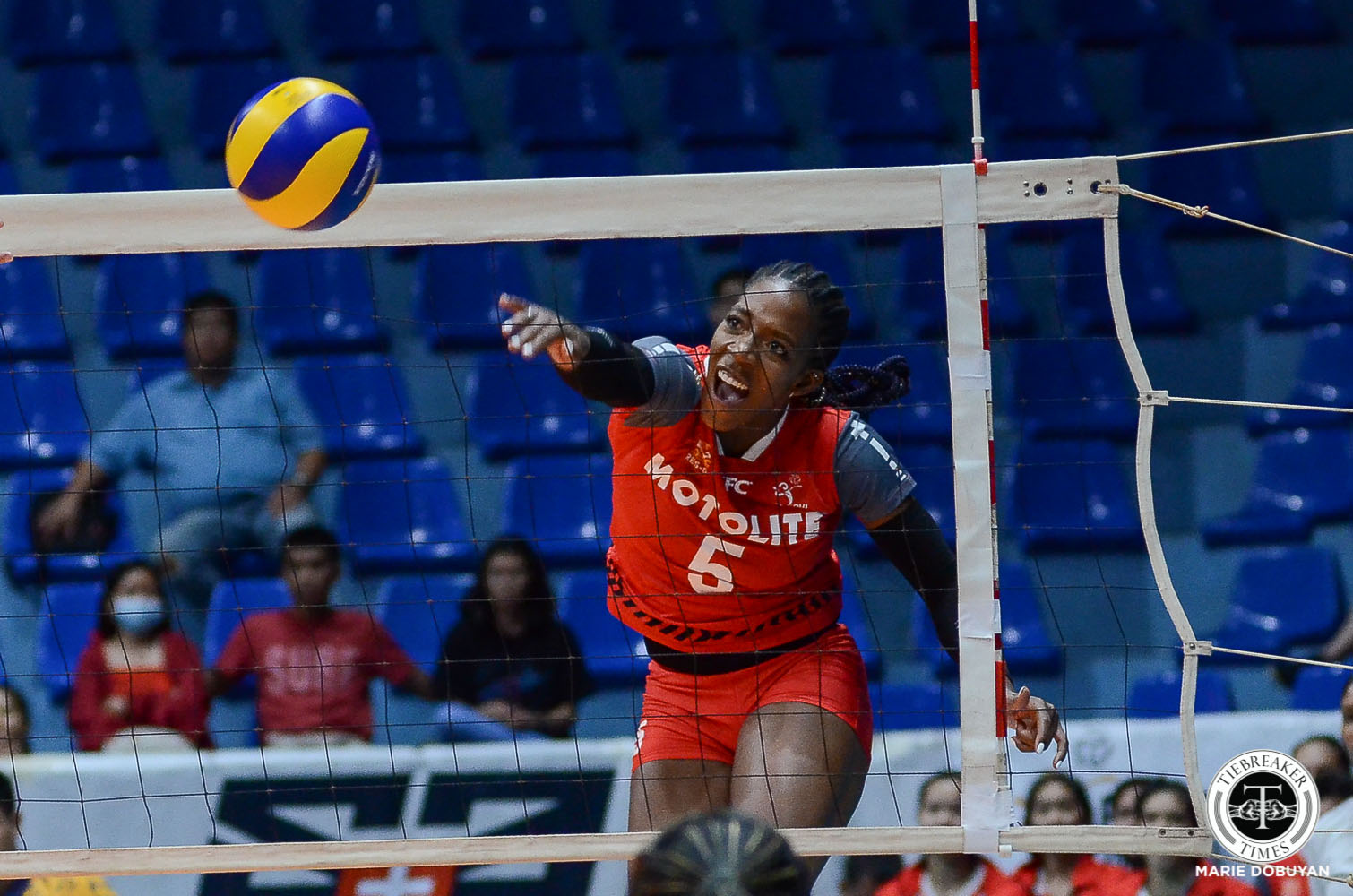 After suffering a rude welcome from the Lady Troopers in their PVL debut, the youth-laden Motolite exacted revenge, clawing back and outlasting PacificTown–Army in a five-set thriller, 25-23, 21-25, 17-25, 25-21, 15-13, in the PVL Reinforced Conference Season 3, Sunday evening at the Imus Sports Complex.

“Sobrang proud of them. You know, again like our team is so young, and it was nice to see them come from behind and laban. It’s not easy coming back two-to-one down, and then coming back winning,” Motolite head coach Air Padda beamed.

“And against a team like Army, we respect them a lot. As a veteran team, they don’t make a lot of errors. I’m just proud of our fight, our perseverance,” she added.

Down 1-2 in sets, Motolite leaned on the exploits of towering imports Channon Thompson and Krystle Esdelle. Meanwhile, the flower of youth was also in full bloom for the newcomers as the young guns provided leverage for their resurgence to take a 24-21 lead. A Thompson kill, then a costly error from Janelle Jordan forced a decider.

In the final frame, behind Thompson, Motolite let open the flood gates, racing to a 12-9 cushion. Army setter Alina Bicar netted back-to-back aces to narrow down the deficit to one, but Esdelle restored order by blocking Olena Lymareva-Flink.

Esdelle — who poured in 23 points spiked by three blocks — ignited a crucial 3-2 rally capped by an Army miscommunication error. She completed a come-from-behind win for Motolite, who improved to a 2-4 slate to open their second round bid on a high note.

Lymareva-Flink and Honey Royse Tubino finished with 25 and 19 points, respectively, that went for naught. Jordan added 11 markers, while Jovelyn Gonzaga supplied 10 for PacificTown, who still hold solo third after dropping to a 3-3 card.

Motolite look to build from this win when they face second-seeded Creamline, while PacificTown-Army take on the Bali Pure Water Defenders. Both matches will be played on June 19, Wednesday at the FilOil Flying V Centre.