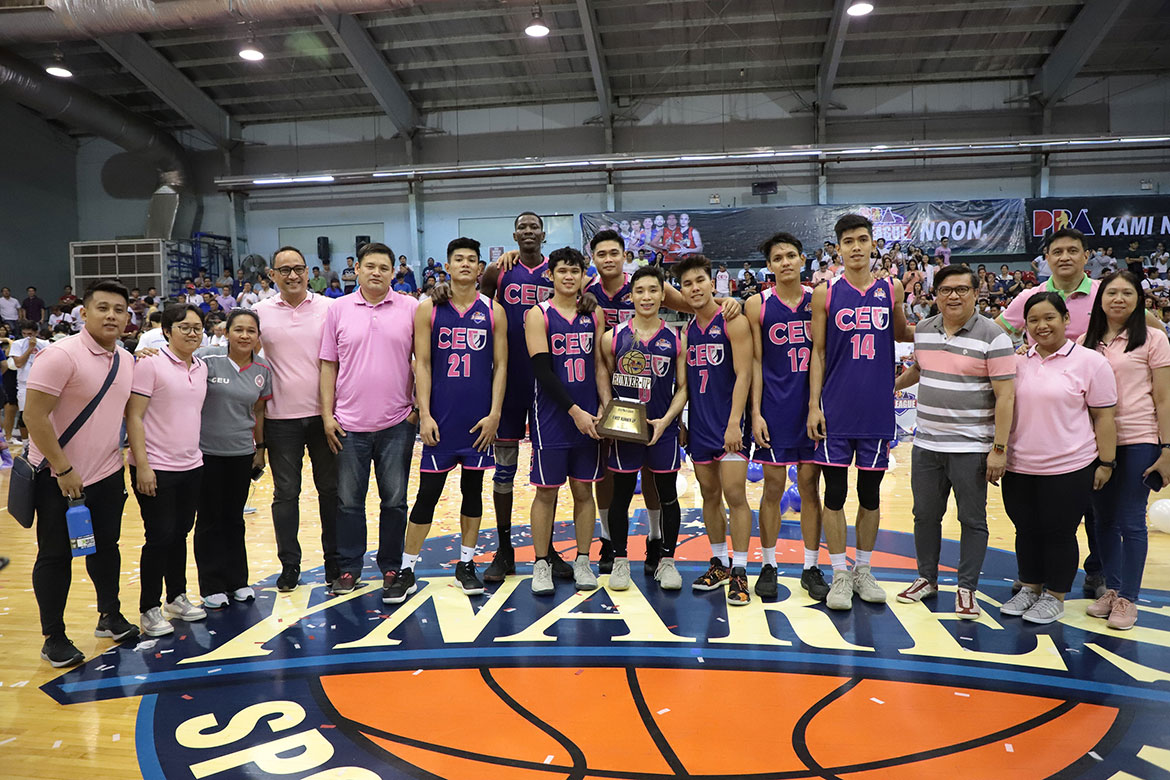 This early, Centro Escolar University has emerged as the frontrunner to romp away with the title in the coming PBA D-League Foundation Cup.

The Scorpions will have all eyes on them when the tournament kicks off on July 25 at the new Paco Arena following a remarkable campaign in the season-opening conference that saw them finished runner-up behind champion Cignal HD-Ateneo Blue Eagles despite coach Derek Pumaren making do with just an eight-man roster.

CEU assistant coach Gabby Velasco however, was quick to deflect the tag of the Scorpions as title-favorites since according to him, this will be a different team to the one that underachieved during the last D-League staging.

“The seven or six players from last conference would still be there, but the rest manggagaling sa training team namin while the others are from our recent tryouts,” said Velasco, speaking in behalf of Pumaren in the Philippine Sportswriters Association Forum at the Amelie Hotel-Manila on Tuesday.

“So this is going to be a totally different team.”

Added the former St. Benilde and St. Francis of Assisi coach, “We wanted to improve and raise the basketball program of CEU that’s why we joined the D-League.

“So I don’t think it would be fair to look us at again with the same caliber and same strength that we have the last conference.”

CEU is one of six school-based teams seeing action in the meet that will run until October.

Bengua, who is D-League tournament director, said a 14th team is still negotiating its possible entry and has been given a Monday deadline to finalize everything.

Of the 13 confirmed teams, De Vera and Banal both agreed the Scorpions are the top title contender.

“I think any team na ang line-up siguro ay veteran na sa D-League would be a strong team. And I can never count out ang CEU because of the program that they’ve build, regardless of who the coach or coaches were, very successful yung program ng school,” said De Vera, who is also banking on Marinero Pilipino to be among the favorites.

“It’s going to be an interesting conference because of the diversity of the players and the coaches. And yung ages e, from college kids to veterans yung mag-lalaro against each other and together.”

The Scorpions were racked by game-fixing controversy last conference where seven players were found guilty of the infraction, leading to their expulsion from the team.

But the school found a way to compete and even made the finals of the Aspirant Cup behind import Maodo Malick Diouf before losing in four games against the Blue Eagles.