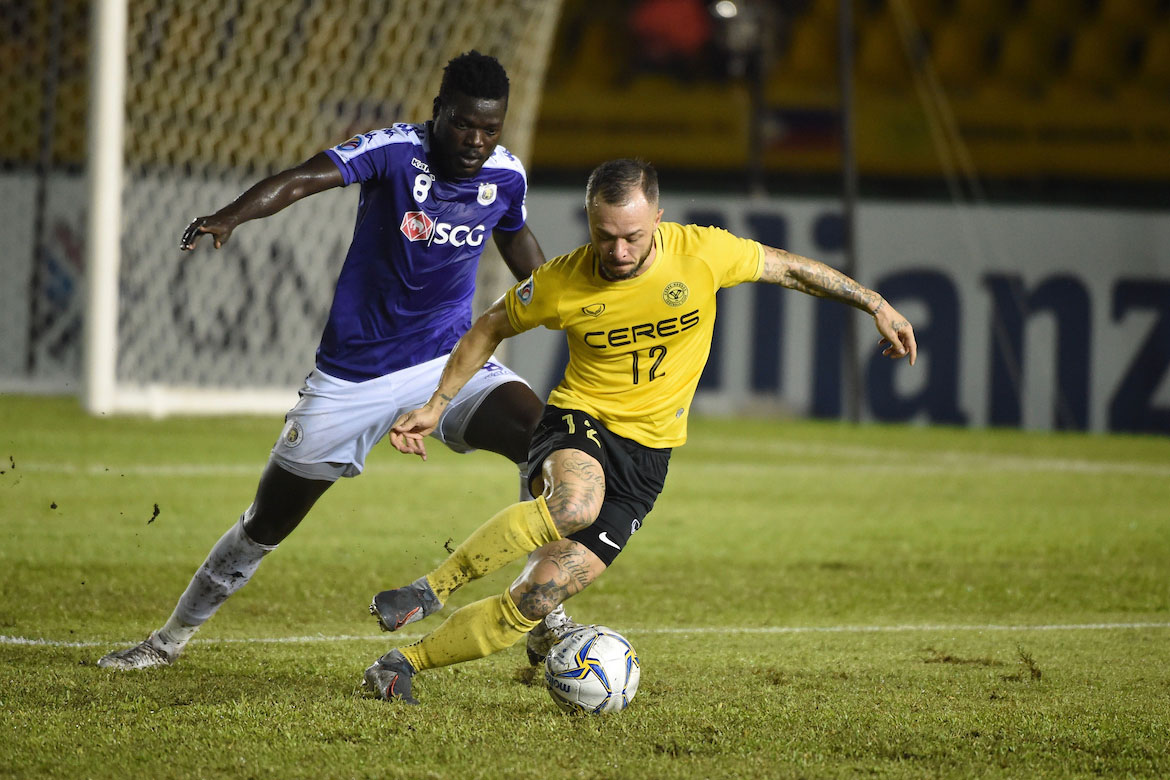 Ceres-Negros Football Club can only lament their failure to capitalize on their home soil advantage in the first leg of the ASEAN Zonal semi-finals in the 2019 AFC Cup.

The two-time Philippines Football League champions had to settle for a 1-1 draw against Vietnam’s Ha Noi FC, Thursday evening at the Panaad Stadium in Bacolod City.

After a goalless first half, it was the home side that drew first blood in the contest. Ceres midfielder Stephan Schrock delivered a fantastic ball into the visitors’ box, which striker Bienvenido Marañon headed into goal in the 57th minute.

With the game hanging in the balance, both sides had late sniffs at goal, which they failed to convert. Ha Noi’s substitute forward Hoang Vu Samson forced a good save from Ceres stopper Roland Muller.

On the other hand, Mike Ott should have won the game for the Busmen in its dying moments, but he failed to hit the target with the goal at his mercy.

The result may have been an anticlimactic outcome for the 2017 ASEAN Zonal champions, but they still have destiny in their hands.

Ceres hope to pull off a win and advance to the next round when they face Ha Noi away at theHang Day Stadium in Hanoi, Vietnam on June 25, 2019, 8:00 PM.