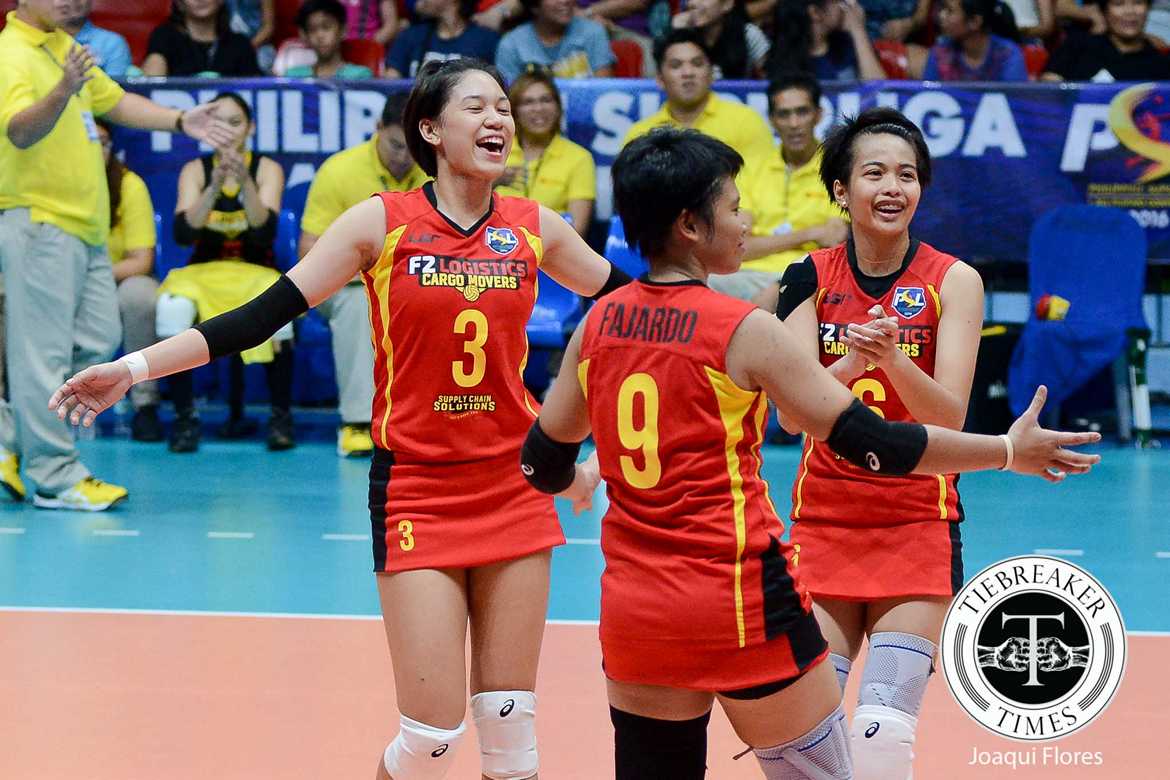 The F2 Logistics Cargo Movers ran over the Foton Tornadoes in straight sets, 25-11, 25-23, 25-14, to remain unbeaten after four games in the elimination round of the 2016 Philippine Superliga (PSL) All-Filipino Conference women’s volleyball tournament at the FilOil Flying V Centre.

Aby Maraño started out hot, sparking a 15-4 run that gave F2 Logistics the cushion they needed to draw first blood against Foton with ease, 25-11.

The former UAAP MVP had 10 points off 7 attacks and three blocks.

De Jesus said the team especially worked on the connection between Maraño and setter Kim Fajardo’s during training.

The second set was tighter, with the teams separated by only two points, 23-21, after two consecutive unforced errors for F2 Logistics that forced their head coach to call a timeout. Then, attacks by Kim Dy and Ara Galang took the set for the Cargo Movers, 25-23.

After the slight scare given by Foton in the previous set, the Cha Cruz-led squad gave no mercy in the final set, starting with a 10-1 run, which they rode towards a 25-14 set and match victory.

The Cargo Movers (4-0) will have two weeks of rest before they face Standard Insurance (0-2) on July 17 at the Filoil Flying V Centre, while the Foton Tornadoes (2-2) will go up against the also-undefeated RC Cola (3-0) on July 14 at the Cuneta Astrodome.