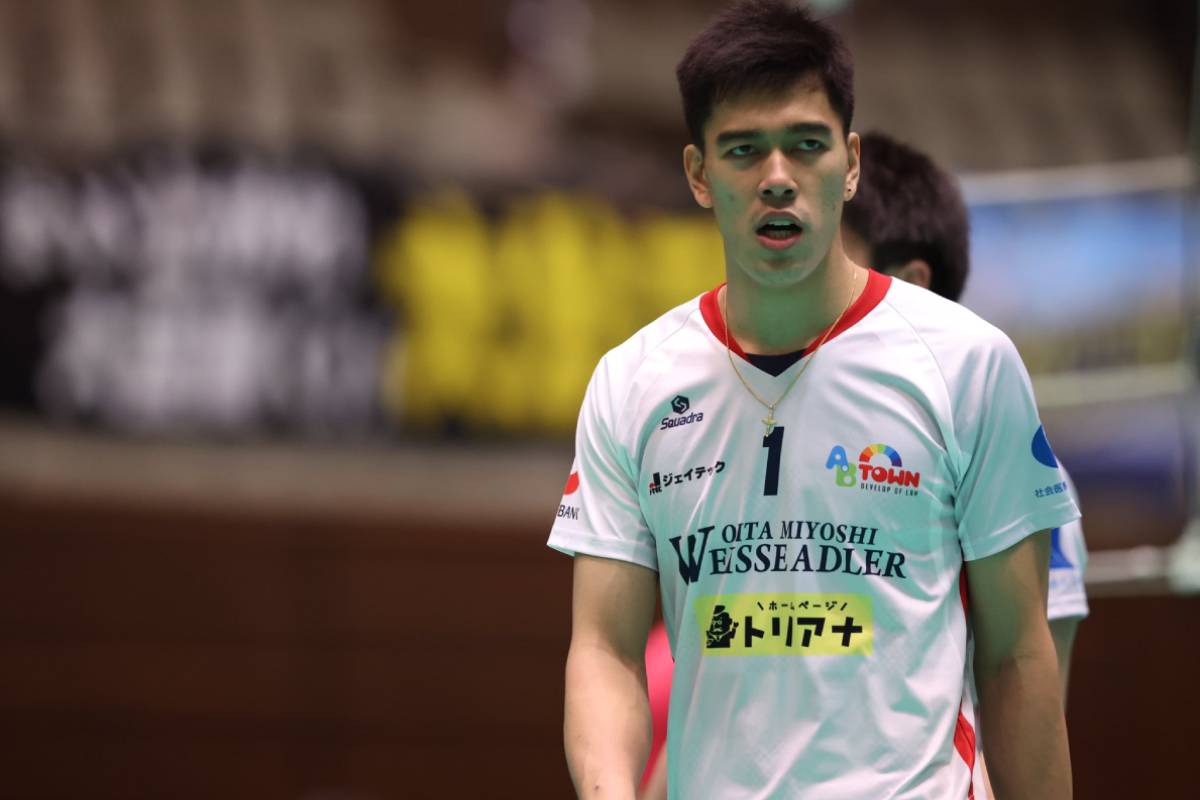 After three years, Bryan Bagunas has decided to carve a new path.

The 2018 Spikers’ Turf Open Conference Most Valuable Player has not renewed with Oita Miyoshi.

The Weisse Adler announced the development on Tuesday.

Also let go by the team are Emerson Rodriguez and Sonae Kazuma.

“We would like to inform you that Bryan Bagunas, Emerson Rodriguez, and Sonae Kazuma will be leaving the team,” read the team’s statement.

“Both Emerson and Bagunas contributed to the team as a scoring source for Oita Miyoshi. Both players were loved by fans and teams because of their lovely personality that didn’t make them feel different. We look forward to the future success of the three people.”

After graduating from NU, Bagunas immediately signed up with Oita Miyoshi to pursue a career there.

Last season, Bagunas powered the Weisse Adler to a 6-30 record for ninth place.

Now, Bagunas is entering free agency for the first time in his career.

For the first time this season, cellar dweller VC Nagano won back-to-back games and it came at the expense of the Filipino imports in...