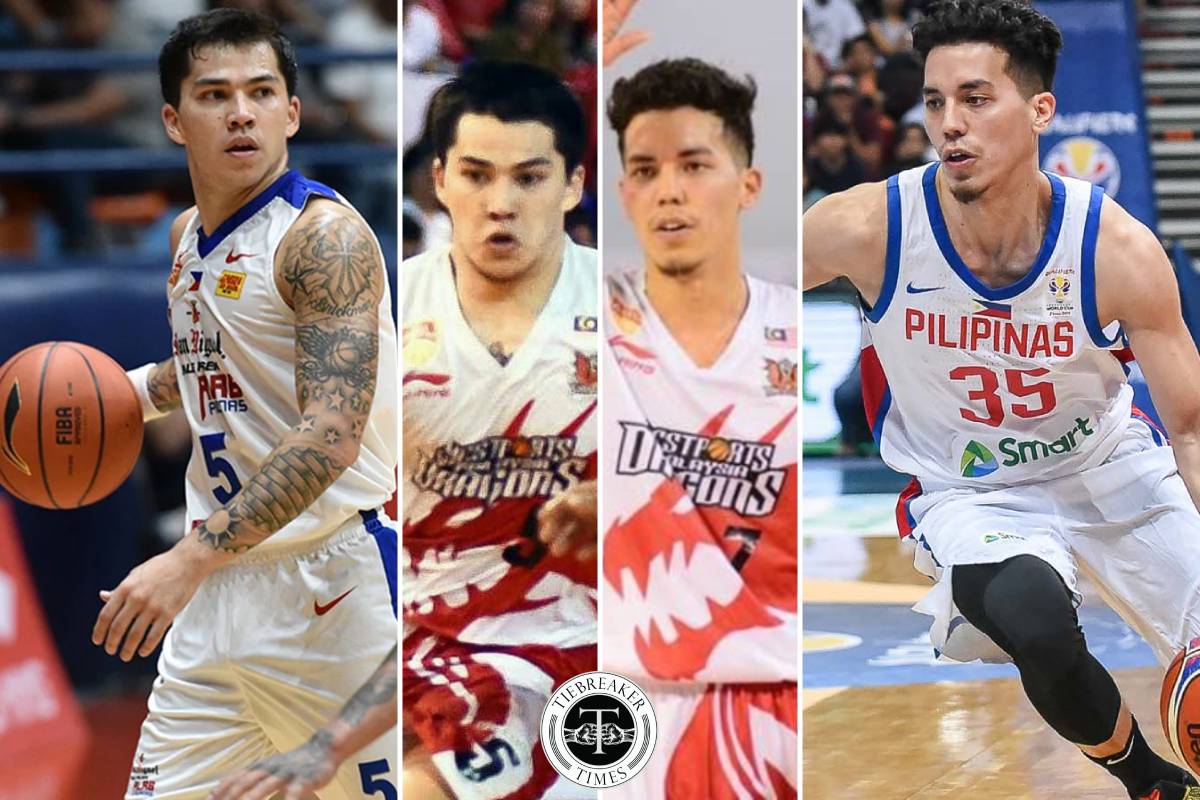 His plan of joining the PBA this year may have gotten stalled due to technicalities, but the dream of making it to Asia’s pioneering pro league is very much alive for the highly-touted Jason Brickman.

And the same can be said with regards to one of his aspirations once he gets into the league — teaming up with Matthew Wright.

“I’m just hoping we can join up and play together one day because we make a great combination and we have great chemistry together,” the 29-year-old floor general told 2OT, presented by SMART Saturday.

Brickman and Wright have been good pals for years now, starting about six years ago when they played together for the Ariel Vanguardia-mentored Westports Malaysia in the 2015-16 ASEAN Basketball League (ABL).

Both players were coming off stints in Europe at that time. Brickman played for Medi Bayreuth in the Basketball Bundesliga in Germany, while Wright came from a gig with UJAP Quimper in France.

Together, they would lead the Dragons to the top seed at eliminations’ end, all the way to the ball club’s first-ever ABL championship.

Brickman was adjudged as the Finals Most Valuable Player for leading his side to the title-clinching 77-65 Game Five win over Singapore with 22 points, on top of seven rebounds, seven assists, and two steals.

Wright, on the other hand, was stellar all season long and was crowned the ABL ASEAN Heritage Import MVP with per-game norms of 21.2 points on 42.5-percent shooting from deep, 4.1 boards, 3.0 dimes, and 2.0 steals.

That, however, proved to be the Fil-Canadian sniper’s lone season in the regional pro league as he made the jump to the PBA later in 2016. He was then selected by Phoenix in the first special Gilas draft.

Since then, he has emerged as the Fuel Masters’ franchise player, and proof of that was his BPC-worthy showing in the Philippine Cup bubble last year where his team went just a game short of making their first Finals trip.

“He’s had a great this past year, I think he was an MVP candidate,” said Brickman, indeed in the know of how his former running mate has been.

As for the Texas-native, he headed to Thailand after that Westports campaign and signed with Mono Vampire. He eventually saw himself back in the ABL, when the ball club joined the league in the 2017-18 season.

He was among the reasons behind Mono’s Finals trip although they lost to San Miguel Alab Pilipinas, which eventually became his team when he signed with the Jimmy Alapag-coached team for the 2019-20 season.

The ongoing coronavirus pandemic, however, cut the season short and filled the league with uncertainties regarding its next season, leading to his decision to throw his name in the deep 2021 PBA Rookie Draft.

Unfortunately, he was among the 10 Fil-foreign players removed by the league from the final list of applicants for failing to submit on time the necessary papers proving their eligibility, delaying his plans once more.

But then again, hope isn’t lost on Brickman in playing in the PBA — and playing alongside Wright again, should the stars align.

#ReadMore  Alfrancis Chua's advice to CJ Perez: Get that degree

“We won a championship together in the ABL, and I just love playing with him,” said one of US NCAA’s all-time assists leaders.

“We’re hoping to, one day, be on the same team and play together and try to win a PBA championship.”