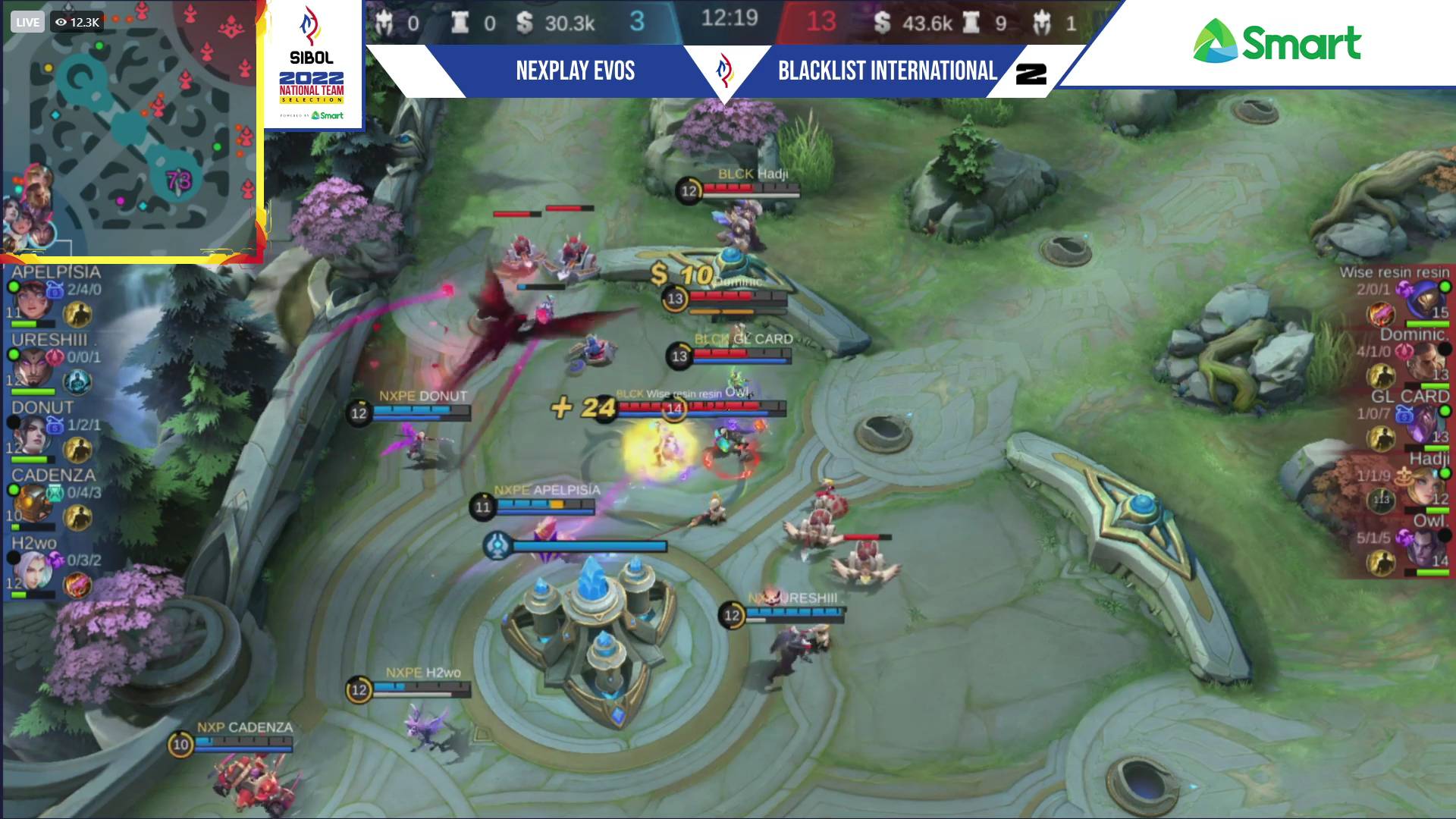 Prior to the match, H2wo was rushed to the nearest hospital after experiencing pain in his stomach. This caused almost an hour of delay which prompted the officials to hand Game One to Blacklist International.

With H2wo out, Blacklist International pounced on a Nexplay EVOS side that clearly was overwhelmed with what happened to their teammate.

Nexplay EVOS went with an unorthodox Uranus jungler at the hands of EXP laner Rainiel “URESHIII” Logronio. That, however, failed to produce an outcome as Blacklist International focused its resources down the gold lane to clamp down NXP’s late-game insurance in Mariusz “Donut?” Tan’s Wanwan.

H2wo powered through in the third game, suiting up for Nexplay EVOS after being discharged from the hospital. However, that was not enough to save his team from the lower bracket.

Even with NXP’s star jungler back, Blacklist International remained dominant as ever with a 15-4 win in just 12 minutes and 39 seconds of action.

Blacklist International will take on the winner of the ONIC PH-RSG PH match while Nexplay EVOS will fight for tournament life down the lower bracket later in the day.