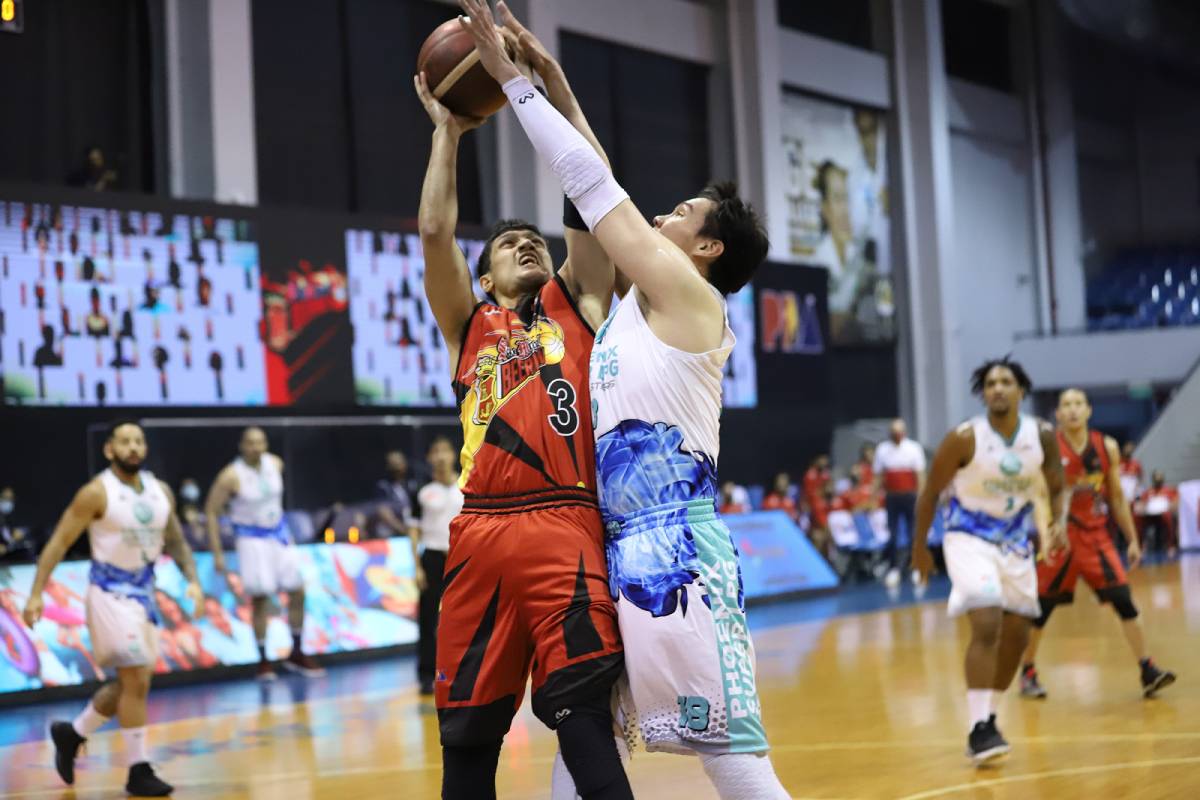 The 6-foot-6 big man only produced seven points, going 2-of-10 from the field. He made up for it, though, putting in the effort on the rebounding department. By the end, he had hauled down 17 boards — a career-high.

Chua also collected four assists, a steal, and a block in the 27 minutes and 21 seconds he played. And he was undeniably one of the major reasons behind the Fuel Masters’ 110-103 conquest of the powerhouse squad.

For head coach Topex Robinson, those kinds of performances are just a testament to his chargers’ willingness to accept their roles in the squad — and fulfill them to the best of their best abilities.

“If roles are defined, it’s easier to lead this team because walang agawan ng limelight. So, everybody knows that we have a role in this team,” said the youthful bench tactician post-game.

Robinson also noted how the other guys played their roles that led to the playoff-clinching victory. He cited Dave Marcelo doing his best to defend San Miguel’s primary center Mo Tautuaa.

The 6-foot-7 slotman still had 21 points, although he was far from his form against Blackwater last Tuesday. In the Beermen’s fourth win in a row, he had 26 points and 14 rebounds.

“I don’t know if you saw how Dave played earlier and how he defended Mo Tautuaa. He knows that ‘yung role niya is clear: It’s to make sure that besides getting the blocks, he makes sure that it’s gonna be hard for Mo to score,” he said.

“We always value the things that the scoresheet doesn’t show. We always make sure in our circle that those things are valued.”