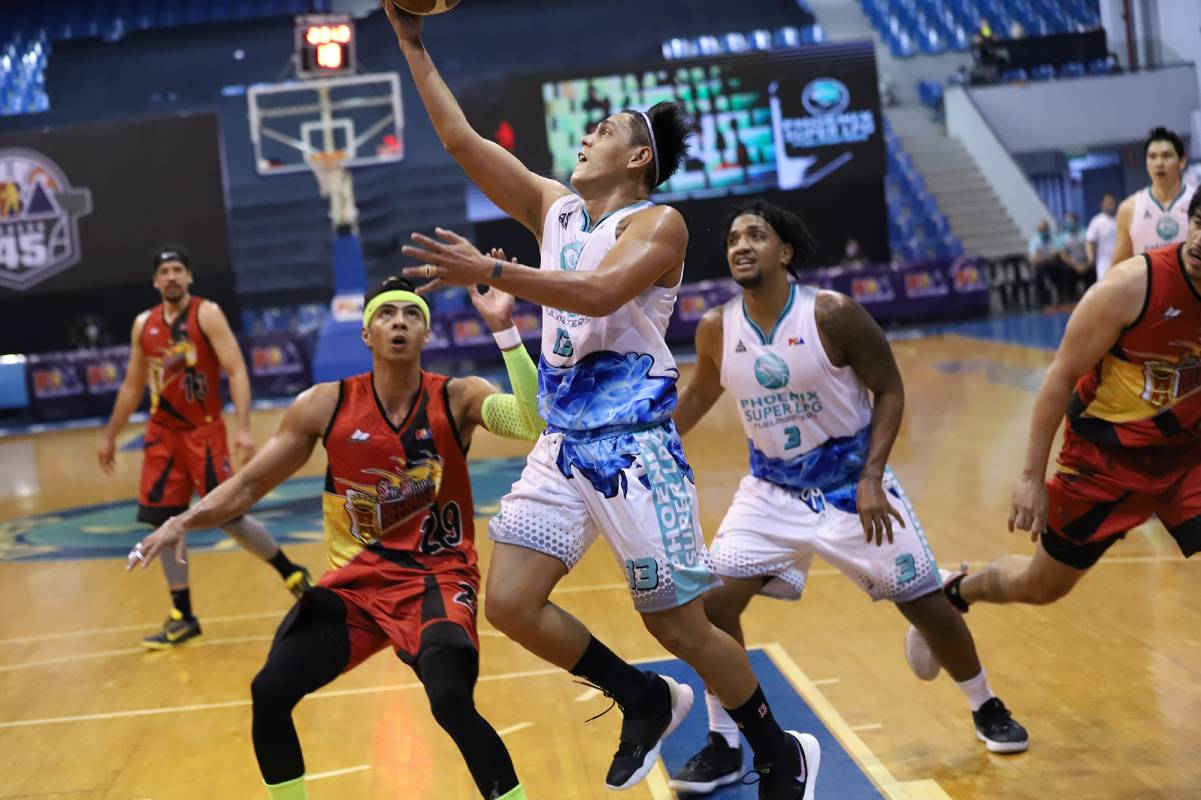 The 5-foot-11 floor general caught fire and finished with 33 big points, including 23 in the fourth quarter alone that saw him bombard the reigning, five-time champions with three-pointers after three-pointers.

Jazul buried nine of his team’s 22 triples, the last of which gave the Fuel Masters a 110-101 lead with 13.3 seconds left to ensure the victory that punched them a ticket to the quarterfinals.

The former Letran Knight’s explosion came at a time when his team’s top gunners in Matthew Wright and do-it-all forward Calvin Abueva got held to just 10 and seven markers, respectively.

The Fil-Canadian sniper, the league’s leading scorer, finished with 10 assists and seven rebounds, while Abueva collared 10 boards and five dimes as they made it up in other aspects of their games.

“I just love how guys are stepping up just like tonight, RJ Jazul finally took over because Matt and Calvin were kinda guarded. It’s just nice to have those guys stepping up in those kinds of games,” Coach Topex Robinson said.

“He knows that I trust him with all my heart. He struggles a lot, but I told him if you’re open, keep shooting that shot. You’re gonna make it. And then eventually, kagaya nung sinabi niya, after so many years, naka-pukol din siya.”

Jason Perkins was also in his element, supplying 27 points and 10 rebounds for the Fuel Masters. RR Garcia chimed in 11 markers, as Justin Chua collected a career-high 17 rebounds on top of his seven points.

“We know that SMB is a championship-caliber team. They’ve been to a lot of battles. Kami bata pa kami as a team so I keep reminding everyone, including myself, to do what we prepared for, to do our gameplan,” said Robinson.

Phoenix collected its sixth win in nine outings and has joined leaders TNT and Barangay Ginebra as the early entrants to the next round following the win that halted San Miguel’s four-game winning streak.

Mo Tautuaa, who had five fouls, led the Beermen with 21 points. Alex Cabagnot and Marcio Lassiter had 20 points each, as Arwind Santos chimed in 11 markers in the loss that dropped them to fourth with a 5-3 record.

Phoenix will next face the struggling Blackwater on Monday, Nov. 9, at 1:00 p.m. while San Miguel will look to bounce back immediately tomorrow, Friday, Nov. 6, versus the streaking NLEX at 4:00 p.m.