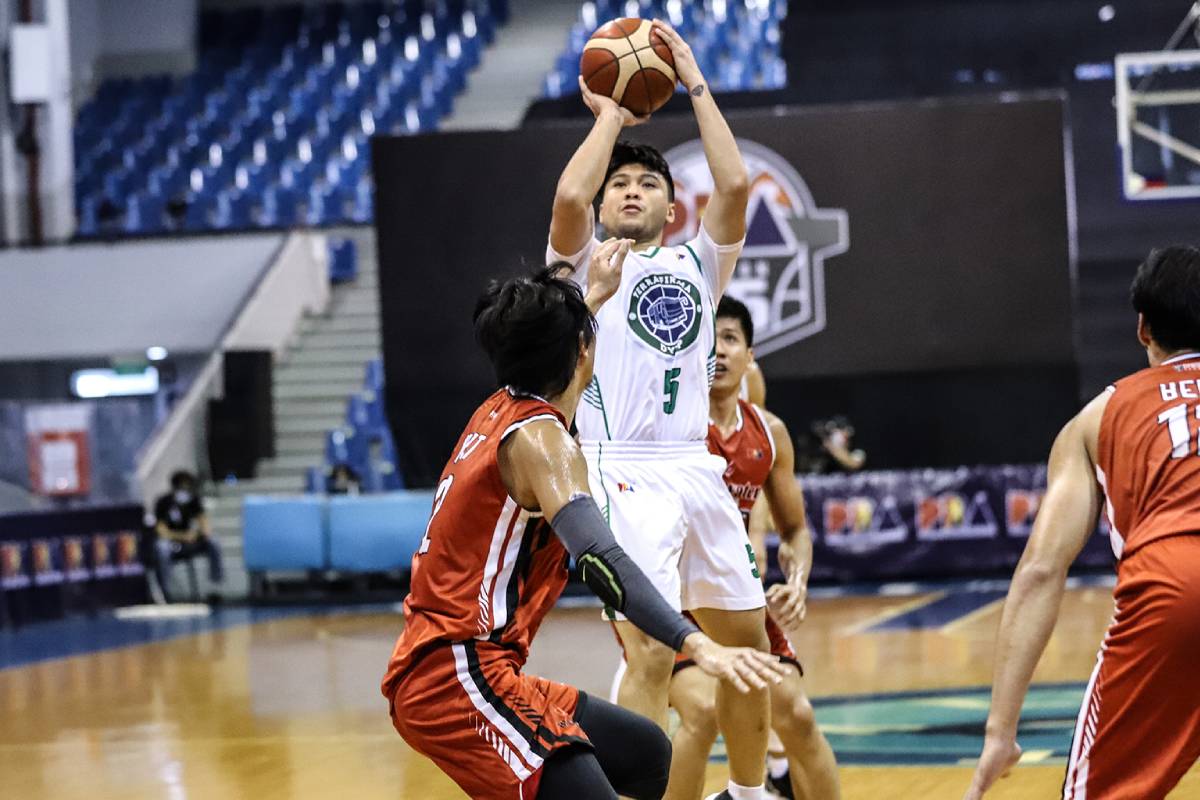 SMART CLARK GIGA CITY — Much has been said about CJ Perez as the lynchpin of Terrafirma in the 2020 PBA Philippine Cup, but Juami Tiongson has also been a steady presence for the team.

The Dyip went winless in their first seven games in the bubble, but the 29-year-old has been one of the few bright spots in their campaign. So far, he has norms of 12.4 points, 2.4 rebounds, and 2.3 assists in 24.4 minutes.

“Juami is a thinker of a player.

The Ateneo de Manila product continued his solid play on Friday when they took on Blackwater. And this time around, his efforts finally led to the result that he and the rest of the Dyip have been aching for.

Tiongson finished with 19 points — two points shy of his season-high — spiked by four three-pointers. He also had four steals, two boards, and two dimes to help his side earn their first victory of the tilt, 110-101.

It was the franchise’s first win in over a year, or since its 106-104 escape from Phoenix Pulse on Oct. 25, 2019 in the Governors’ Cup. But more importantly, the win kept them in playoff contention in the conference.

Cardel is clearly happy with Tiongson’s performances. They acquired him back in August of last year after a trade from NorthPort in exchange for guard Jerramy King in a one-for-one deal.

“Every game, Juami’s giving his one hundred percent,” said the seasoned bench tactician.

“In a crucial time, I needed Juami. He responded right away. That’s why we won this morning.”