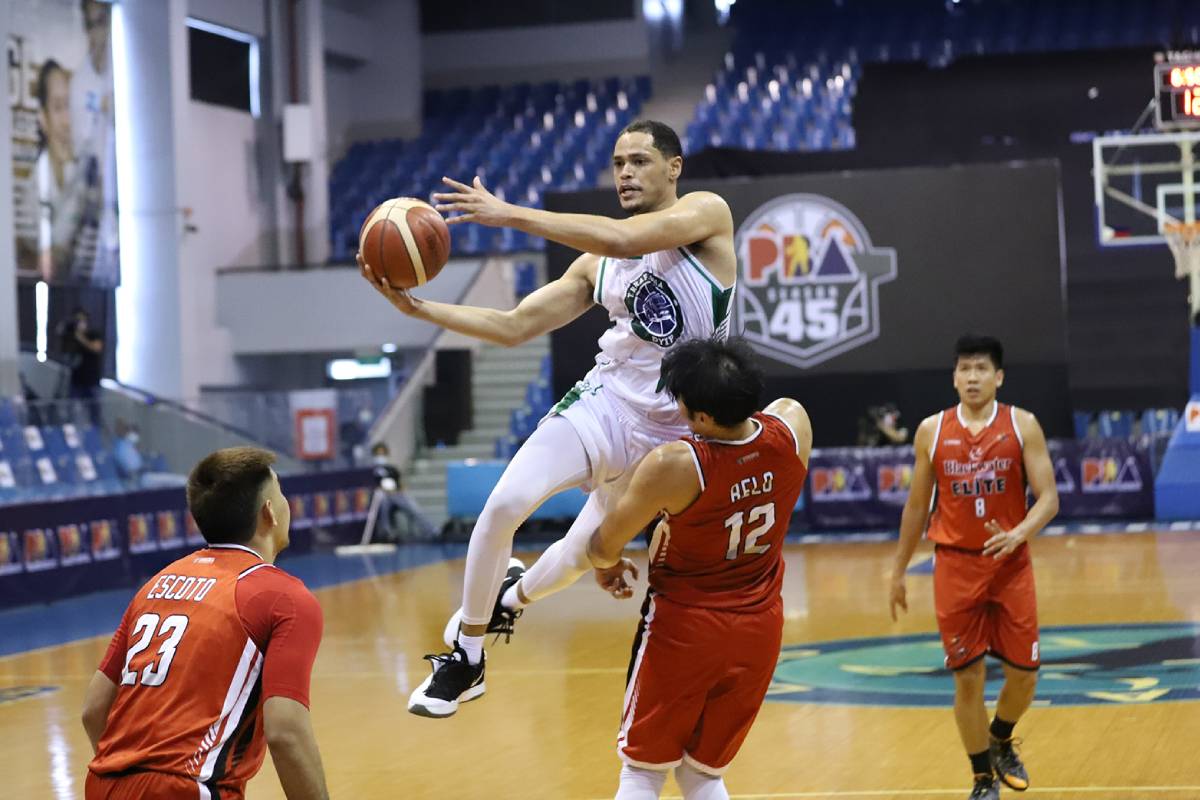 SMART CLARK GIGA CITY – Terrafirma finally scored its first win in the 2020 PBA Philippine Cup at the expense of Blackwater, 110-101, Friday at the SMART 5G-powered AUF Sports and Cultural Center.

The Dyip not only ended their seven-game losing slide inside the bubble but they also got their first win since Oct. 25, 2019, or since taking a 106-104 victory over Phoenix Pulse in the Governors’ Cup eliminations.

“First of all, it’s nice to be here again after seven losses,” expressed head coach Johnedel Cardel post-game. “I wanna credit all my players. Even though we were 0-7, they were still fighting.”

CJ Perez made 27 points, four rebounds, and three assists as his efforts finally led to the drought-ending victory, which kept their playoff hopes alive albeit slim as their fate doesn’t lie in their hands anymore.

Roosevelt Adams finally had the breakout game he’s been looking for as the rookie finished with 20 points and 14 rebounds along with two assists and two steals, walking away with Best Player of the Game honors.

“Una pa lang, tiwala na ko sa kanya,” Cardel said of last year’s top pick in the regular draft. “Talagang out of timing siya coming into this bubble. But for me, he’s a very good, athletic player. And his attitude, maganda talaga.”

Juami Tiongson supplied 19 points on 46-percent shooting from the field, while JP Calvo and Eric Camson each provided 11 markers, with the former adding five caroms and three feeds to his name.

The five were responsible for holding the fort for the Dyip as they survived a third quarter explosion by the Elite, who unloaded 36 points in the period to turn a nine-point halftime deficit to an 81-80 lead at the end.

After being down 83-80 at the start of the fourth, Adams and Tiongson nailed back-to-back triples to take an 86-83 lead with 9:58 to go, and their foes would never get ahead again thanks to Perez and Camson.

Tiongson once again contributed in the endgame to help repel Blackwater, burying a triple — his third in the final period and fourth overall — to extend their lead to 108-101 with 1:15 left to play.

“Sabi ko sa kanila we have to step up because we always lose in the second half, especially in the third quarter,” said Cardel. “But we stayed composed so we had the chance to win.”

The Dyip wasted the efforts of KG Canaleta, who had a season-high 29 points to lead the Elite, whose losing skid has extended to five, with its quarters chances becoming slimmer with a 2-6 card.

Both teams will play again on Sunday, Nov. 8 as they try to keep themselves in contention. Terrafirma will face Meralco at 1:00 p.m. while Blackwater plays Rain or Shine at 10:00 a.m. to open the quadruple-header.