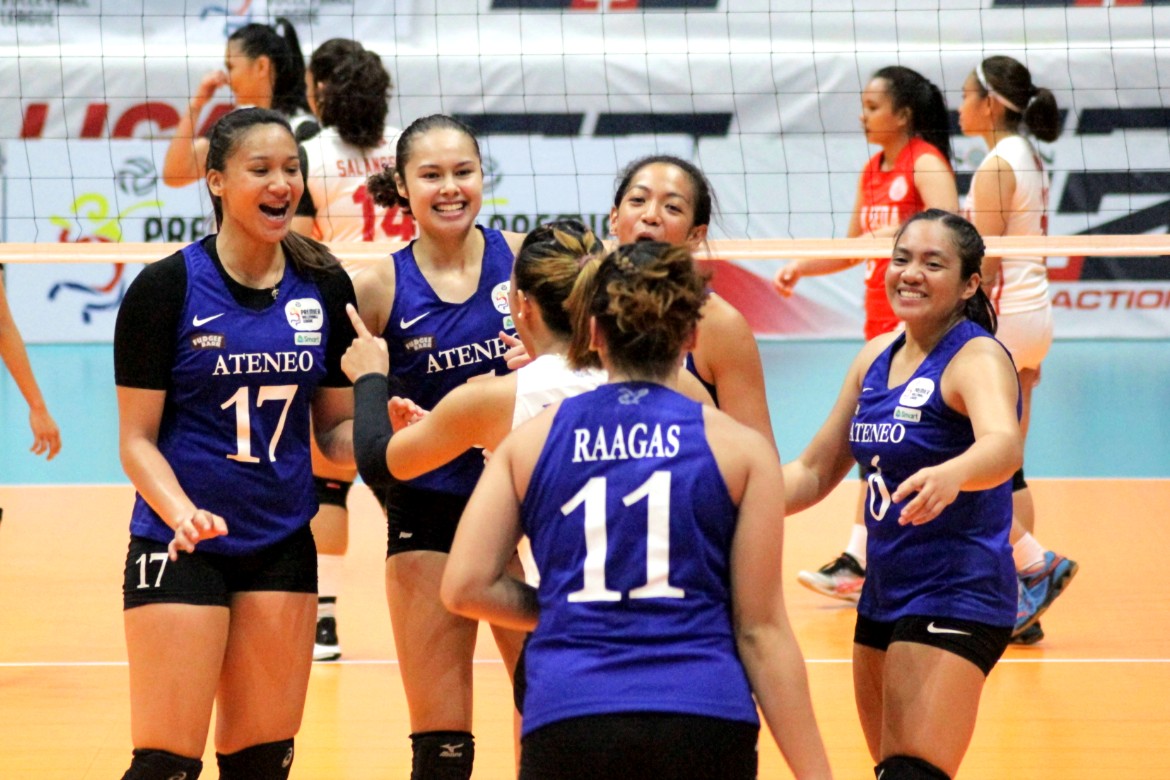 Following a shock defeat in the second set, the reigning UAAP queens rebounded ferociously in the third frame. They belted the Lady Red Spikers, 25-5, erecting the biggest lead in a set in the collegiate conference.

“I was telling my players na we have to be aggressive from start to finish. May tendency kasi na… Hindi naman to relax, but to wait [and see] what will happen. So I’m telling them in a game like this, no matter what, sinong kalaban you have to move forward all the time,” Ateneo head coach Oliver Almadro said.

Jaja Maraguinot orchestrated a balanced offensive thrust for the Lady Eagles. The Ateneo sophomore tossed 33 excellent sets on top of three points, as Ateneo rained down 51 attacks and had five players in twin-digit territory.

The Lady Eagles soar to a 3-0 slate, to inch closer to a semis spot in pool A.

Vanessa Gandler topped Ateneo in scoring. She poured in 15 points, all but one coming from attacks. Erika Raagas supplied 14 markers built on 10 attacks and four service aces.

READ  With a more veteran squad, Janisa Johnson prepared harder this time around

On the other hand, the lone double-digit scorer for the Lady Red Spikers was Cesca Racraquin.

The San Beda captain tallied 12 points off eight attacks and four service aces. She also collected 15 excellent receptions and 14 excellent digs to complete a triple-double outing that went down the drain.

Jeziela Dioso added nine markers, while Kim Manzano managed eight for the Lady Red Spikers, who slid to a 1-2 card.

Ateneo will try to maintain their pristine record against the Adamson Lady Falcons on Sunday. Meanwhile, San Beda seek a return to the win column when they face the Perpetual Lady Altas on Saturday. Both matches will be played at the same venue.