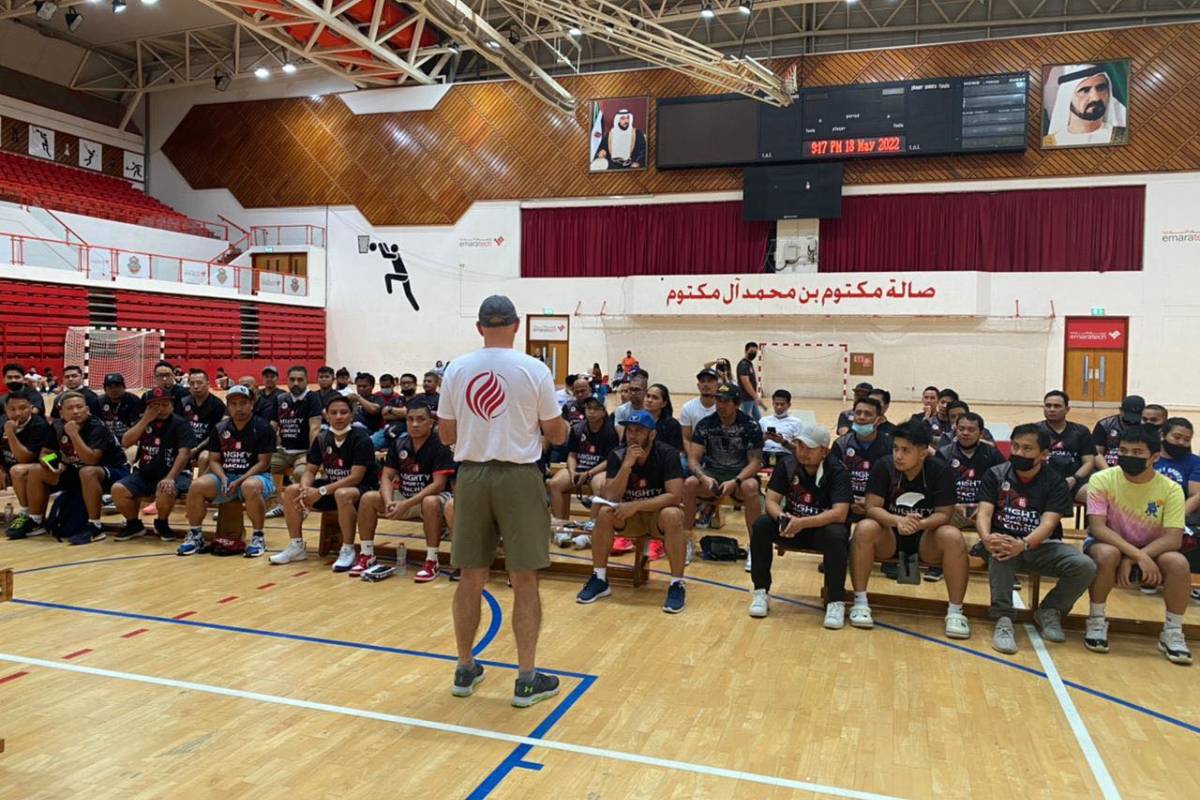 For his 64th birthday, Ateneo de Manila University head coach Tab Baldwin got back to what he loves doing — teaching.

Last Wednesday, Baldwin, along with College of Saint Benilde head coach Charles Tiu, was in Dubai, UAE for a clinic for Filipino coaches and players held at the Al Ahli Sports Club.

The event was organized by Mighty Sports and presented by Mount Fuji Japanese Restaurant and Polaris Industrial Estates.

And Baldwin was just glad to finally be doing what he loves once more as he was only able to hold one face-to-face clinic during the past two years. 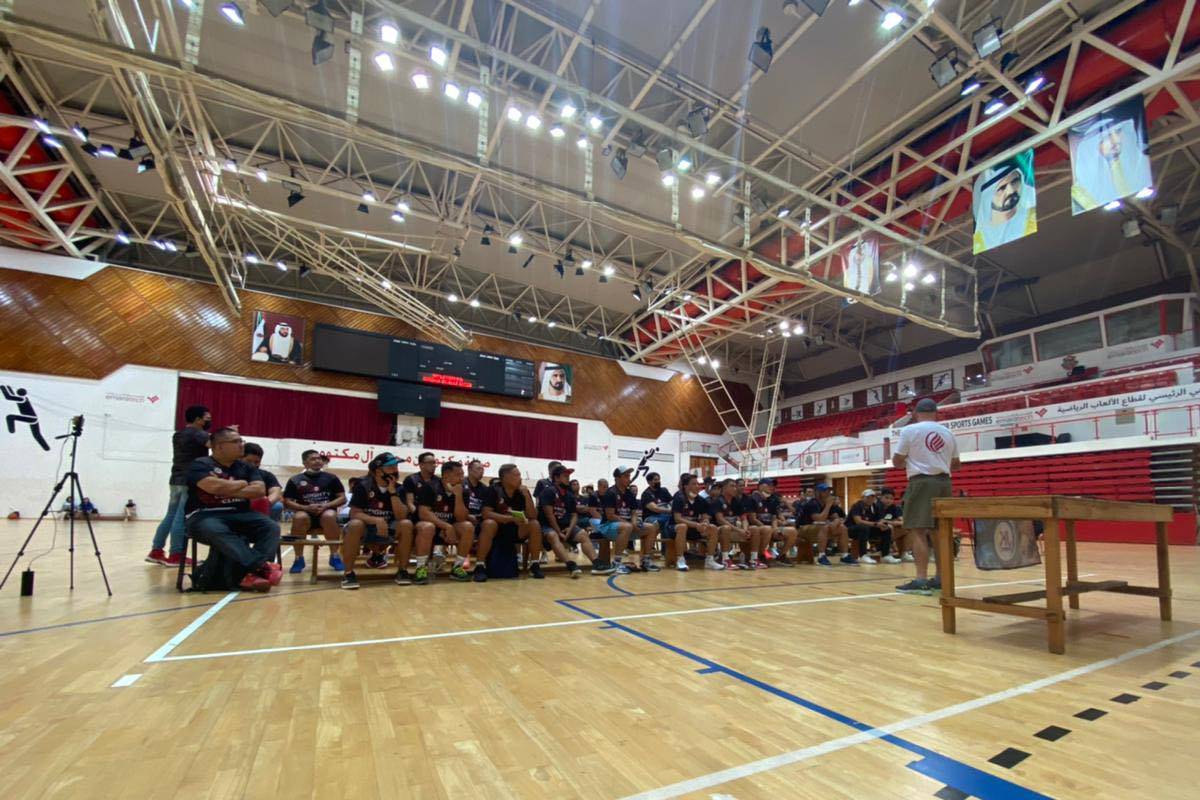 “It was great being back in the gym out there with lots of Pinoy coaches and passionate Filipino fans all over the world,” said Baldwin, who left the country a couple of days after the UAAP Season 84 Men’s Basketball Finals. “We’ve missed them for a couple of years and it feels good to be face-to-face and see and feel their passion for their game.

“They wanted to be connected to what’s happening at home. It was a lot of fun,” the former Gilas Pilipinas program director said.

Dubai is a special place for both Tiu and Mighty Sports.

From 2017-20, Mighty Sports had been competing in the Dubai International Basketball Championship. The third time was the charm for the Philippine-based club team, becoming the first team based outside the Middle East to win the prestigious tournament two years ago. 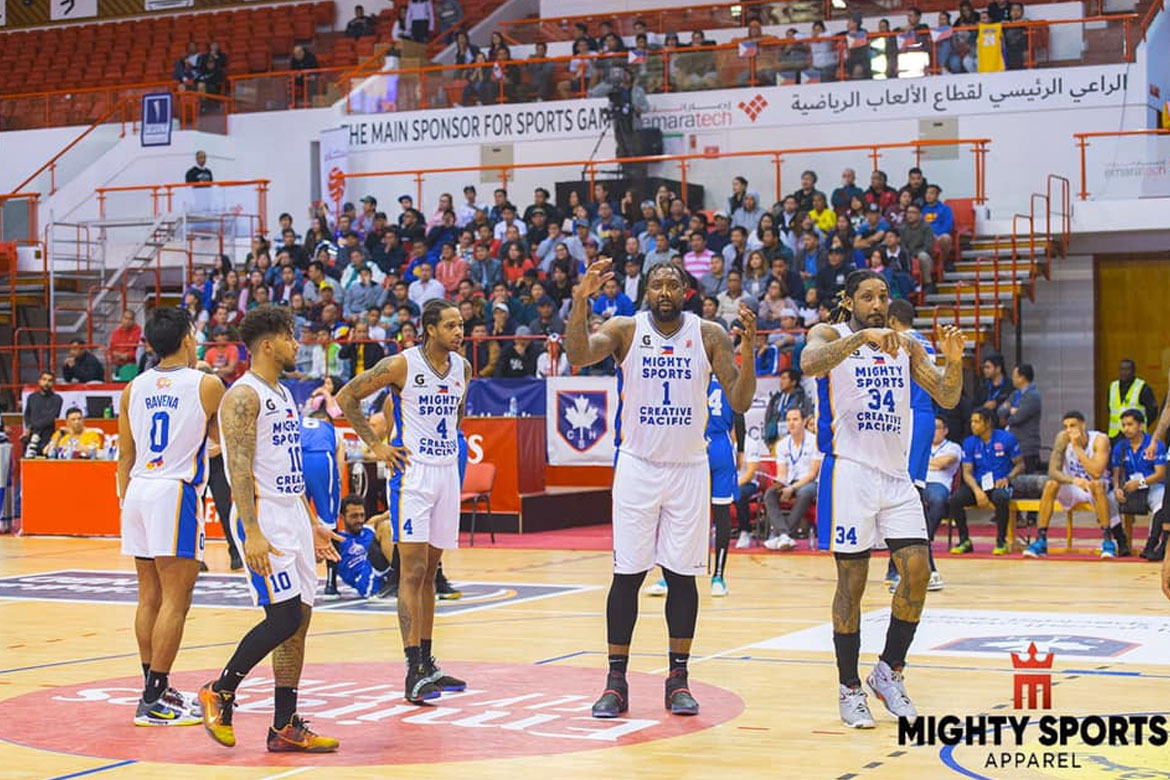 Definitely, the Filipinos in Dubai have not forgotten Tiu and Mighty as over 80 participants took part in the one-day event. 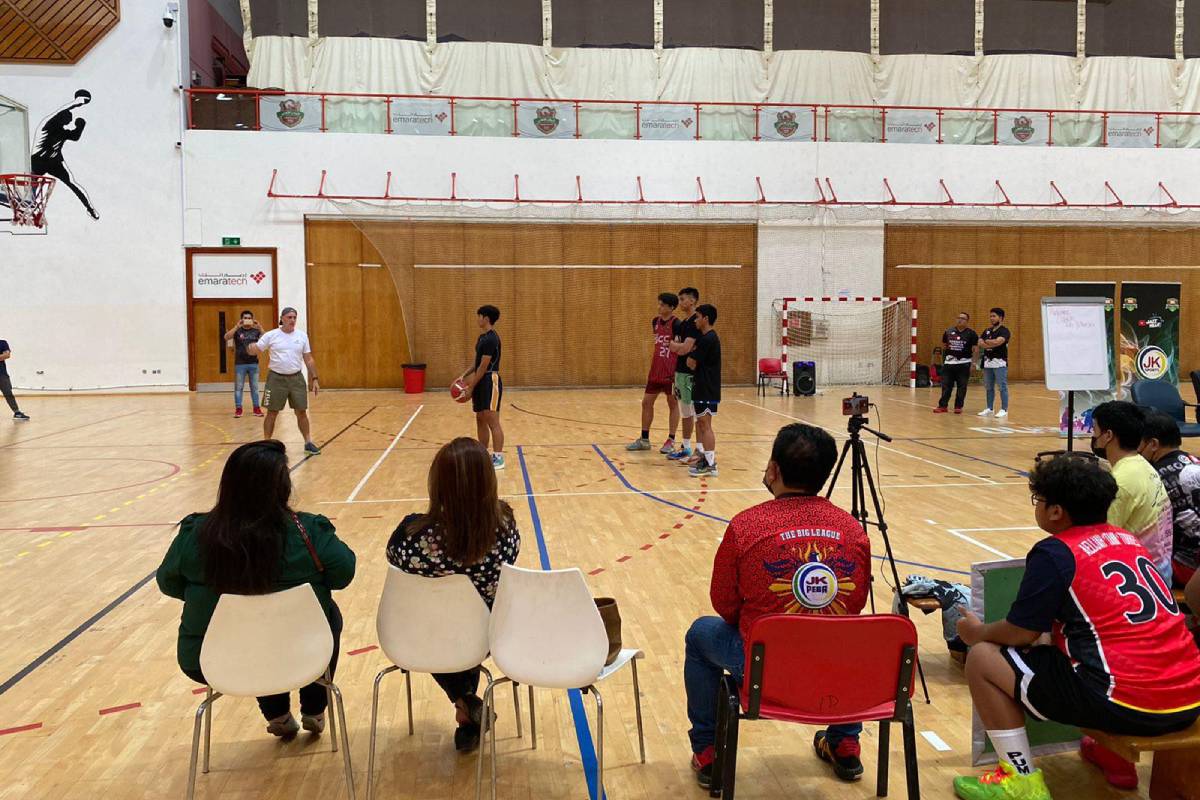 “We had a great time here in Dubai with coach Tab Baldwin sharing his knowledge and philosophies in coaching and life to our fellow kababayans here in Dubai,” said Tiu, the coach who steered Mighty Sports to multiple Jones Cup championships along with the Dubai crown. “We were actually surprised with the turnout as a lot of coaches came, some of which were familiar faces we would see watching our Mighty Sports games in the past years. We appreciated them all coming here, some of which even drove all the way from Abu Dhabi and we even had some foreign coaches attend. It was a small way for us to give back to the Filipino community here that has supported us throughout the years.”

“Dubai has always been close to the hearts of the Mighty Sports Family and the Czark Mak Family,” added Keith Wongchuking, director of the Czark Mak Group of Companies. “We’re extremely happy to do this for the basketball fanatics of Dubai. Coach Tab and Coach Charles, with their international experience, want to give back to the game as much as we do. So we decided to have this clinic to help the game and teach the philosophies that will help the aspiring coaches in the community.”

For his part, Baldwin is hoping that the participants were able to gain knowledge from the talk he and Tiu had that they can use not only for their careers but also in teaching the next generation.

“There were also a lot of young players out there and teach a little bit basketball out there. It’s a passion of mine and it was a lot of fun,” said the American-Kiwi tactician. “Just the opportunity to do it and enjoy that. We were there until 1:00AM. I really appreciate the opportunity and hopefully, we did something that is useful to them and that they enjoyed.”