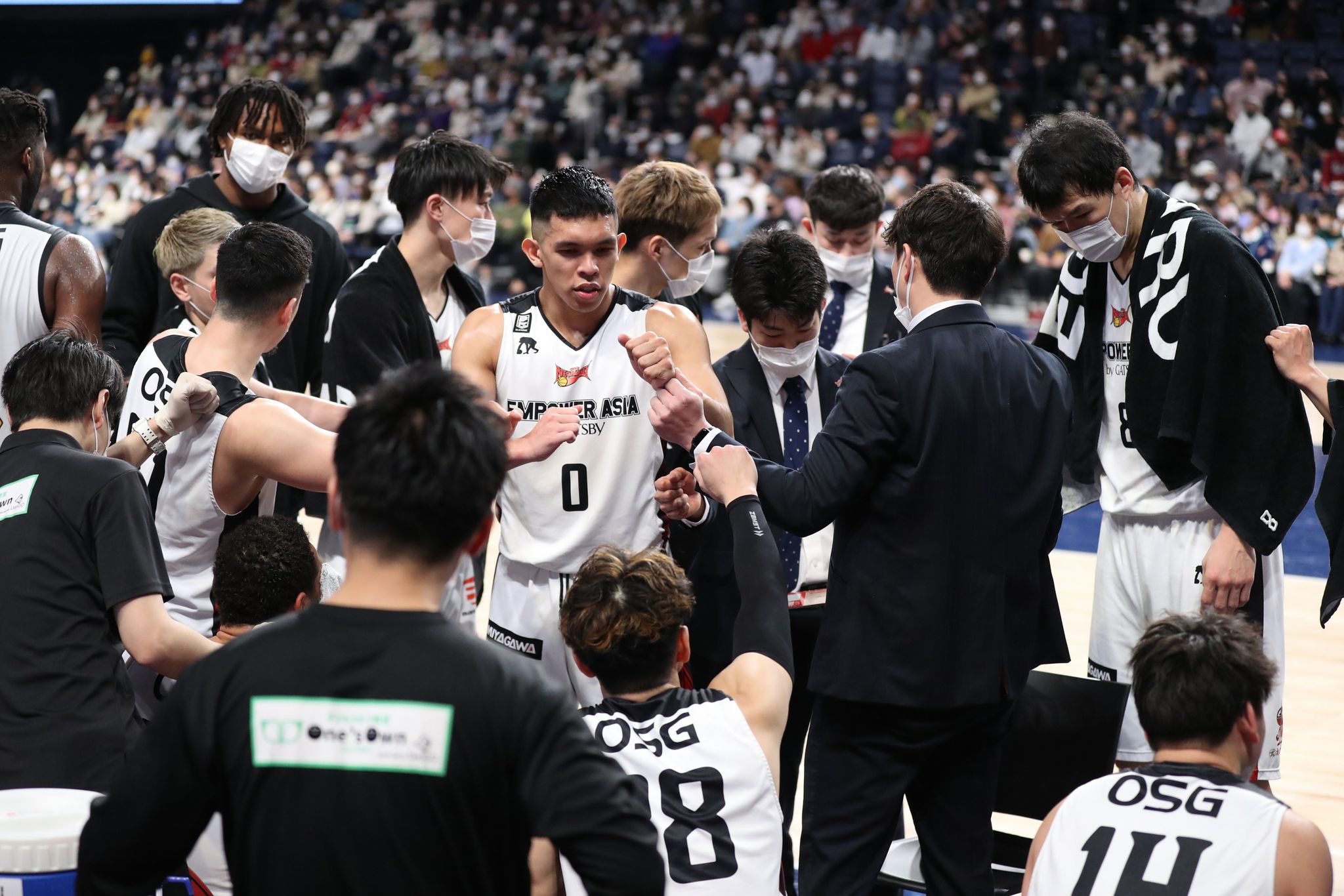 Ryukyu showed no remorse against San-En, pounding the visiting team 110-77 in the 2021-22 B.League season, Saturday at Okinawa Arena.

With Dwayne Evans leading the way, the league-leading Golden Kings raced to an 80-65 lead entering the final frame.

Jack Cooley put the finishing touches on the game, scoring 11 of his 25 points in the final frame. Cooley also grabbed 13 boards in the contest.

Evans also notched a double-double with 24 points and 14 rebounds, while Allen Durham finished with 22 points.

The trio of Cooley, Evans, and Durham combined to shoot an impressive 29-of-40 from the field.

Gluing things together for the now 26-3 Ryukyu was Narito Namizato with 11 points and 11 assists.

Thirdy Ravena was limited to just seven points since he had a foul-plagued game.