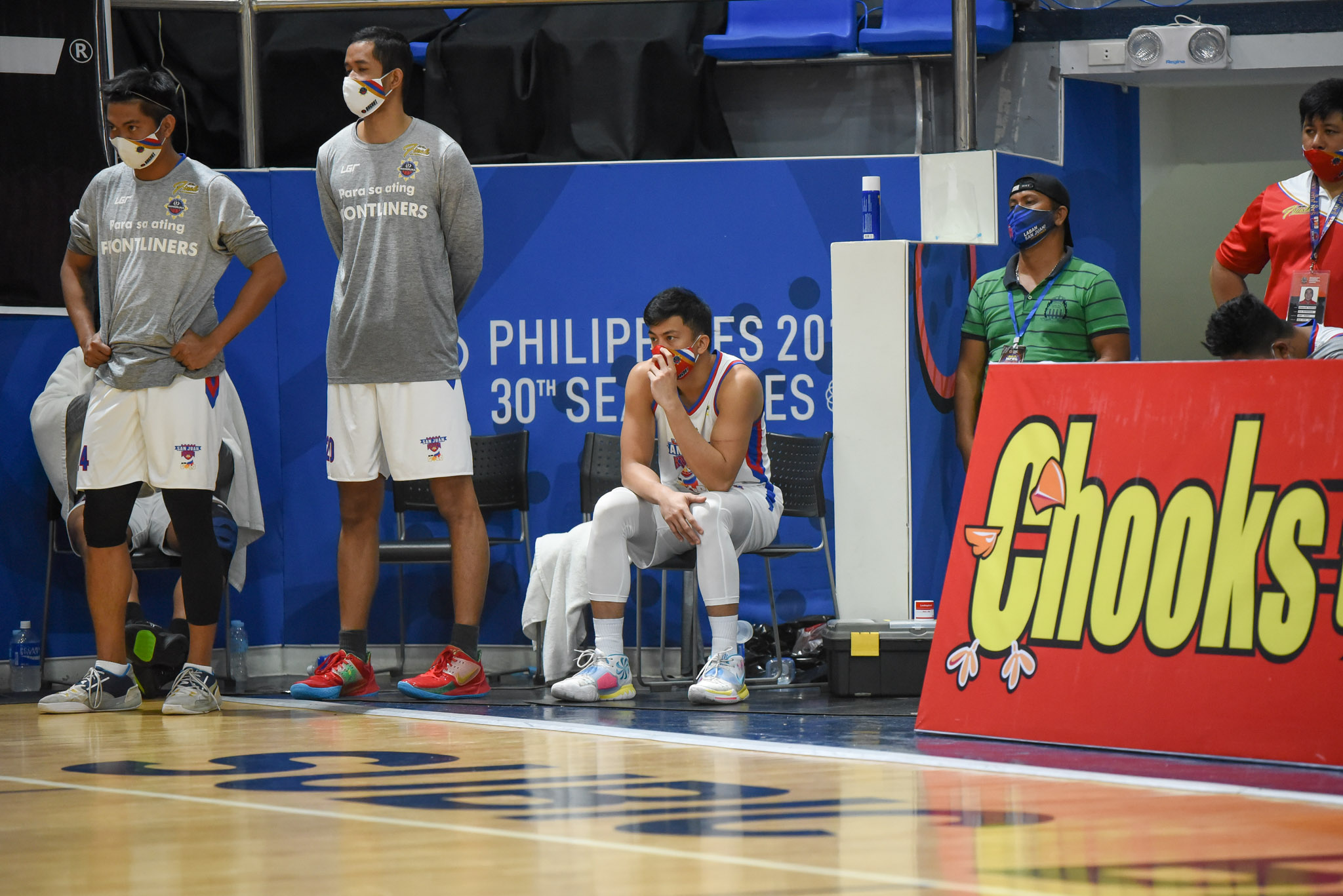 Even worse, the Datu Cup Finals MVP was unable to play in the second half of the all-important Game Four.

Ayonayon admitted he had played through a left hamstring injury since Game Two, where it tightened up after suffering a collision.

And after playing 11 minutes and 16 seconds in the first half of Game Four, the shifty 6-foot guard’s hamstring tightened again. He could no longer return to the game.

As fate would have it, Mark Yee then hit the game-winning three-pointer to lift the Tigers to the Chooks-to-Go MPBL Lakan championship, 89-88, in overtime at the Subic Bay Gymnasium here, Sunday.

Meanwhile, Ayonayon was helplessly watching all of it unfold from the sidelines.

Despite not getting the storybook ending he was hoping for, there is nothing but gratitude between Ayonayon and San Juan.

After being picked third overall in the pro league, the Philippine Christian University product still chose to finish the season with the Knights inside the Subic bubble.

Leaving the MPBL, Ayonayon had a storied two-year career in the league. He collected one championship, one Finals MVP, and an All-MPBL First Team selection in his bag.