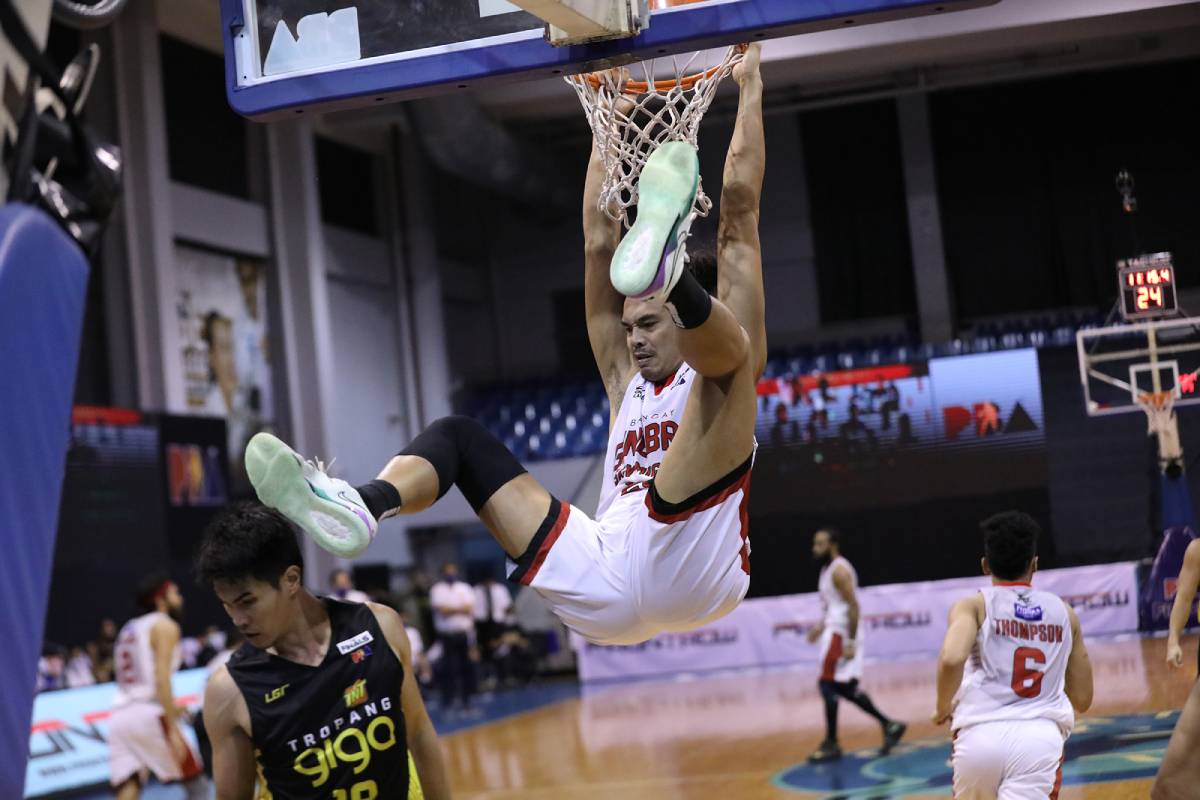 In easily his best game of the bubble season, the 6-foot-9 forward finished with 32 big points on 66-percent shooting, on top of nine rebounds, three steals, and two assists to power the Gin Kings to the title-clinching 82-78 victory.

It was like the Aguilar from last season’s Governors’ Cup Finals versus Meralco, who went on to bag his first career Finals Most Valuable Player citation for being the most consistent player from Ginebra in the series.

There, he averaged 17.4 points, 7.0 rebounds, and 3.4 blocks, including a 25-point production in Game Five to close out their rivals — and to lead the Barangay to their fourth championship in four years.

With his performance that helped Ginebra end its 13-year title drought in the import-less conference, many believed that he would win his second Finals MVP award, which was eventually bestowed to LA Tenorio.

But for the gentle giant from Sasmuan, the veteran floor general was totally deserving of being crowned as such.

Tenorio, who worked as hard as he could in the bubble to regain his form following an appendectomy weeks before the season restart, showed in the Finals why he’s one of the best point guards in the league today.

From his crucial playmaking to hitting the biggest of shots in crunchtime, it was all showcased by the 36-year-old in the series, where he posted norms of 13.6 points, 6.2 assists, 2.8 rebounds, and 1.2 steals.

And for Aguilar, he wouldn’t really be able to churn out solid performances if it were not for the quarterbacking of the 14-year veteran.

In Game Five alone, Tenorio had himself key assists to Aguilar, including a lob pass that led to a two-handed dunk that actually capped off a pivotal 10-0 run that gave the Barangay a 78-73 lead with 1:56 left to play.

With all that, Aguilar is immensely thankful to have a teammate like Tenorio, whom he also played with in Ateneo for a couple of seasons in the UAAP.