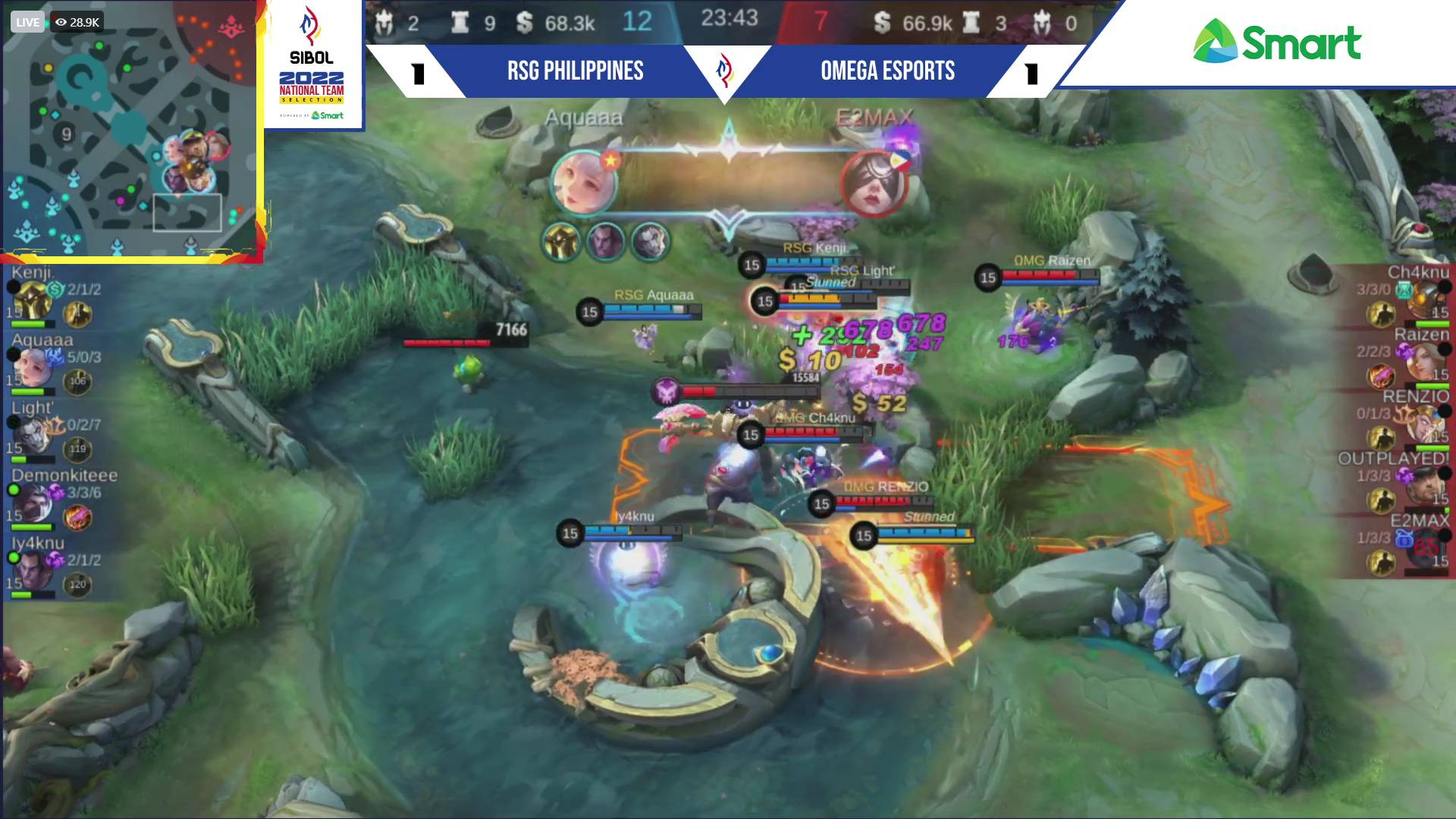 Arvie “Aquaaa” Calderon played stellar in Game Three, leading RSG PH past to a 2-1 win over Omega Esports to advance to the next round of the Sibol Mobile Legends: Bang Bang national team selection, Thursday.

This allowed Jonard “Demonkite” Caranto (Hayabusa) to secure the Luminous Lord in the 23:51-mark which was followed by a four-man wipe.

RSG PH had a field day in the opener, taking a 14-8 Game One win over Omega Esports through the early exploits of Aquaaa (Kagura) and Light (Chou).

Aquaaa led the way with five kills and three assists against just one death while Demonkite (Paquito) had a perfect 3-0-5 KDA to take an early 1-0 lead.

Renz “Renzio” Cadua’s Gloo showed up in the second match to help Omega Esports even the deal at 1-all.

The two combined for 12 of Omega Esports’ 17 kills while Renzio added 10 assists laced with a kill and a death in the 17-10 win which lasted for 16 minutes and 21 seconds.

RSG PH will advance to the upper bracket while Omega Esports will fight for dear life down the lower bracket.