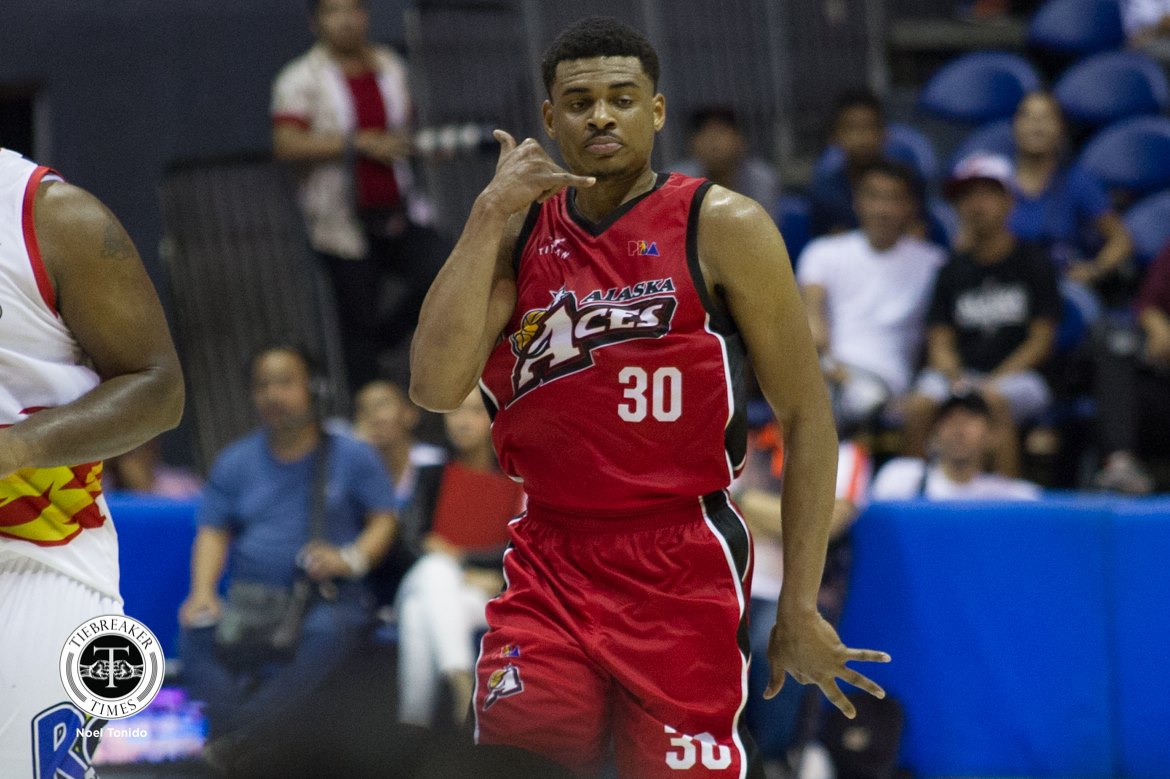 Antonio Campbell did everything he could for the Alaska Aces on Friday night in their 2018 Commissioner’s Cup opener against the Rain or Shine Elasto Painters, producing 40 points and 20 rebounds along with five assists.

But it was unfortunate that his efforts went for naught, as the Aces’ comeback from 13 points down fell short, 109-103, in overtime.

“Could have done more.

“Could have done more later on down the stretch. Caught a few cramps, slowed me down a little bit. But the team battled hard, we fought,” regretted the 23-year-old Campbell after the match.

Asked what went wrong in the bout, Campbell lamented that they somehow became a victim of their own eagerness, so much so that they missed easy baskets, which then allowed the Elasto Painters to capitalize.

“We should have won in the regular period,” said the 6-foot-9 forward-center. “But we missed a couple chippies that we normally make, [because our] adrenaline [was] running too high.”

Regardless of the result though, having a 40-20 outing in a PBA debut — in Campbell’s case, his first-ever foray outside his homeland of United States — is more than enough to impress a lot of people, especially the Alaska faithful.

“The atmosphere is great,” said Campbell, when asked about his PBA debut. “Fans here are loyal to their teams, it’s nothing like back in the States. Appreciate the loyalty of the fans and how into the game they are.

“That actually helps us players on the court, makes us want to play harder.”

Now, will he emulate his 40-20 outing on Sunday against the Blackwater Elite?

“Nah, just come out and play hard,” he said. “That’s what I’ve been taught since I’ve been here and the fans love when you play hard.

“Teammates love when you play hard, especially the imports, they feed off of your energy.”