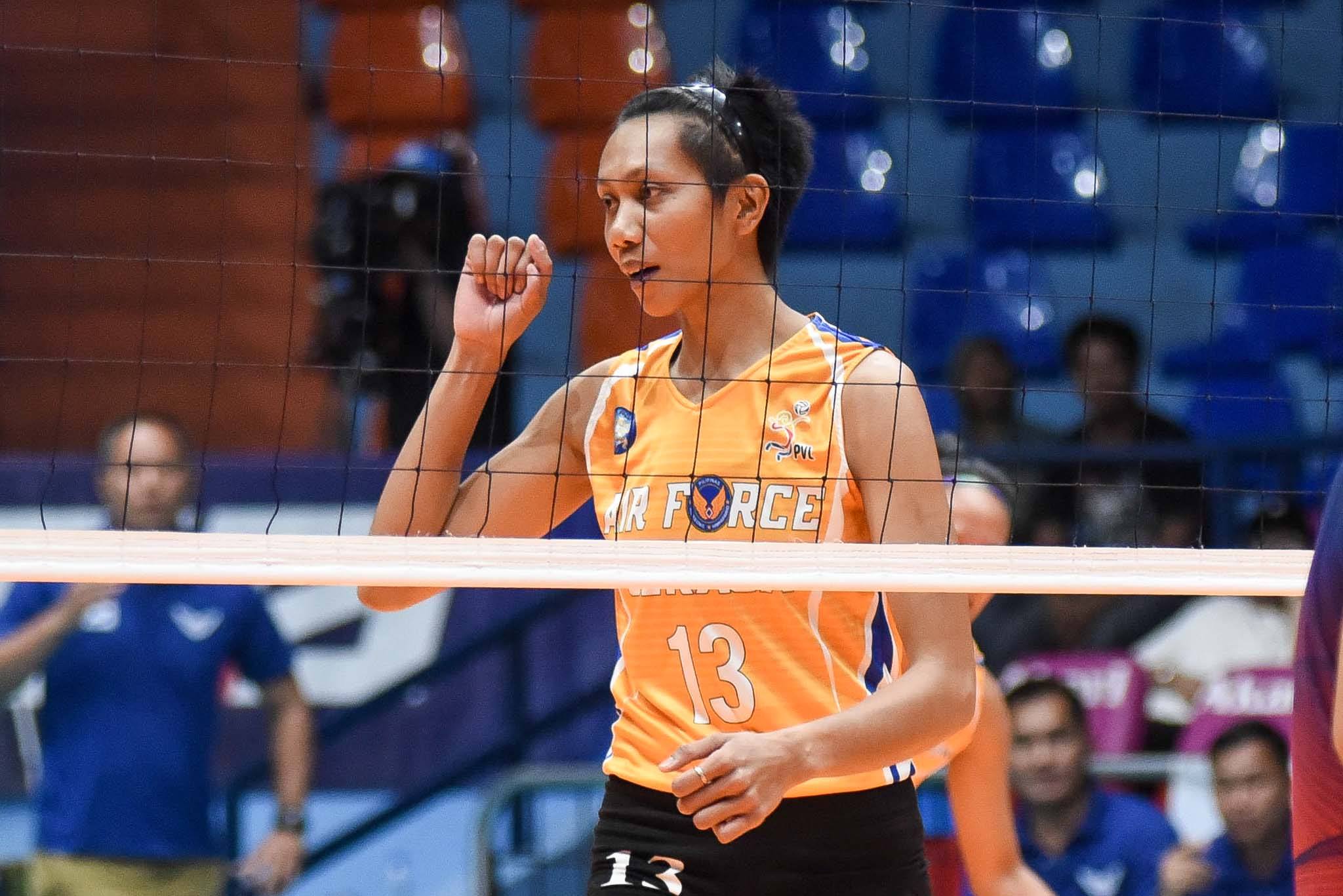 After four weeks of searching for the breakthrough win in the 2019 PVL Open Conference, the Air Force Lady Jet Spikers finally soared into the winner’s circle, leaving the Chef’s Classics Lady Red Spikers in their wake, 26-24, 25-15, 25-22, Sunday at the FilOil Flying V Centre.

Dell Palomata stood tall against the Lady Red Spikers. She feasted above the net, collecting three kill blocks on top of 12 attacks en route to a game-high 16 points.

Down by a point at 19-20 in the third set, Palomata and the Air Force defenders stymied Chef’s Classics’ scoring attempts to take a one-point lead, 21-20.

Nieza Viray then misfired an attack, before Judy Caballejo seized the opportunity to put Air Force a deuce away from victory.

An error from Caballero and an attack from Nieza pushed the Lady Red Spikers to within a point, 22-23. Unfortunately, their own errors then cost them the match, as Nieza coughed consecutive attacks.

Having won their first game of the conference, Jimenez hopes that his battle-tested Air Force squad will be able to pick up steam.

Air Force look to sustain momentum when they take on the struggling the Choco Mucho Flying Titans on Wednesday. Meanwhile, Chef’s Classics seek to capture their first win against the Petro Gazz Angels on Saturday. Both matches will be played at the same venue.

FEU will continue on with guard tradition, says Olsen Racela