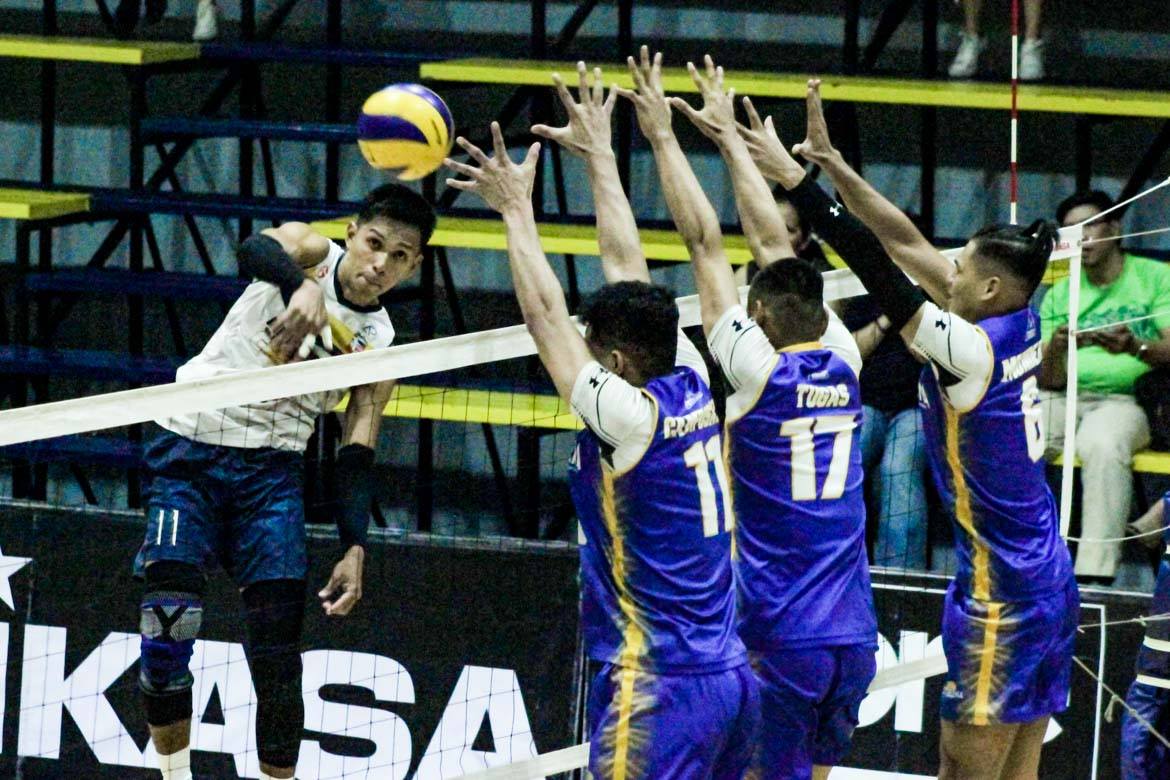 Ran Abdilla hammered down 23 points built on 17 attacks, five service aces, and a kill block — laced with 22 excellent receptions — to book the Jet Spikers’ showdown against Cignal on Sunday.

After shaking off their jitters in the first set, the Jet Spikers returned to their old, deadly form and schooled the young Ball Hammers.

In the fourth frame, Abdilla and Kim Malabunga joined hands to give the Jet Spikers a four-point separation entering the second technical timeout, 16-12. However, Air Force committed consecutive errors, which paved the way for Sta. Elena to trim the lead to two points.

Edward Camposano then scored off the block to put his squad to within one, but a service error by Idin Daymil swung the momentum to Air Force.

Jessie Lopez and Abdilla then hammered the nails in Sta. Elena-NU’s coffin.

Fauzi Ismail contributed 16 points in the victory founded on 11 hits and five blocks, while Malabunga had 10 markers.

Lopez dished out 29 excellent sets to go along with four points.

Camposano paced Sta. Elena with 17 points on 13 attacks and four blocks ,while Nico Almendras fired 16 points on 14 hits and two aces to go along with 22 excellent receptions.

Retamar was held down to only 15 excellent sets in the game.