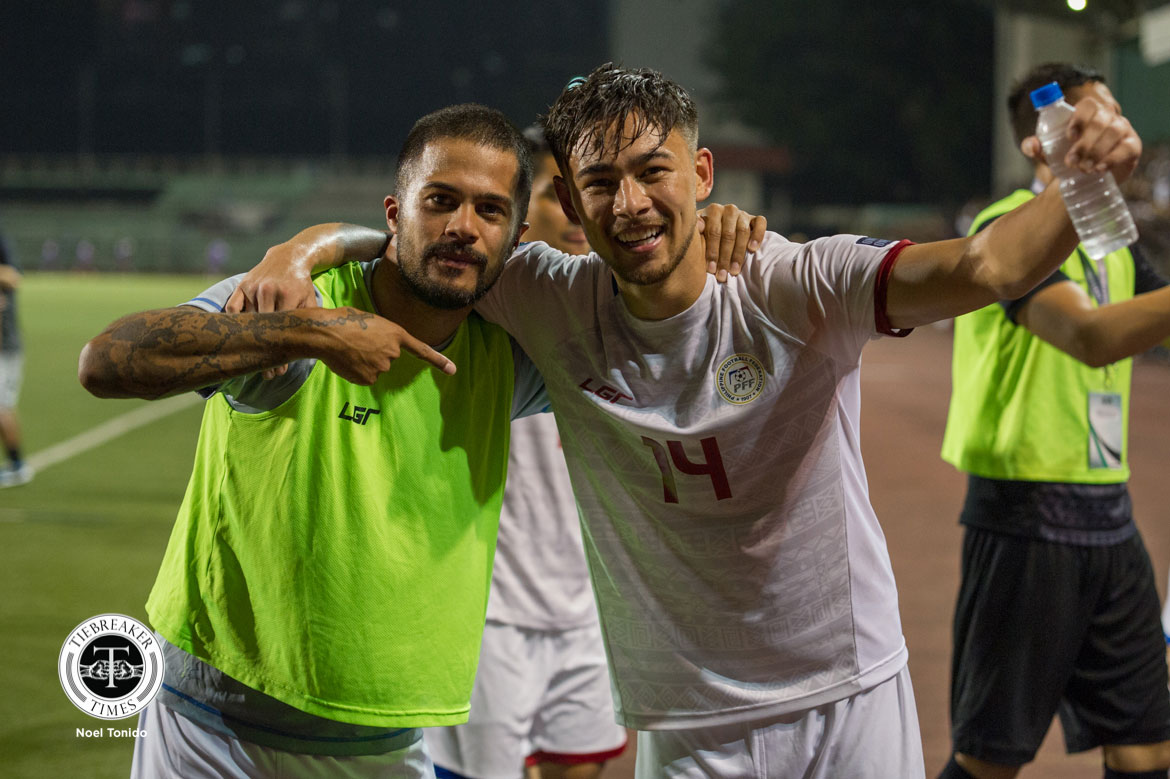 The Philippine Azkals rewrote history books Tuesday evening when they defeated Tajikistan, 2-1, to qualify for the AFC Asian Cup for the very first time. It was a difficult test the Azkals managed to pass with flying colors in the end. One man instrumental to achieving the Filipinos’ latest success in the footballing world is Ceres-Negros midfielder Kevin Ingreso.

The 25 year-old had a colorful evening, turning himself from zero to hero in a span of nine second half minutes. After doing a decent job in holding the visitors scoreless for the first 62 minutes, Ingreso’s rash challenge on Nuriddin Davronov allowed Tajikistan to take the lead midway through the second half.

While some players try to argue their way out of decisions, Ingreso displayed remorse for a rare mistake made unfortunately inside the 18-yard box. A free kick elsewhere in the field, a foul like that merited a glorious chance of a penalty kick to the opposition when it occurs inside the penalty area. Harsh as it may seem to the Hamburg native, he knew it was the right call and simply had to make up for it.

“I knew I have to make it better. I have to maybe score the equalizer,” the Ceres midfielder thought at the time. The mentality to bounce back from a mistake is always an admirable trait of any athlete and while Ingreso had it in himself, he greatly appreciated the support offered to him by his teammates.

“I was down for a while. I almost cried to be honest.

“The players came up to me and said it’s fine. We gotta do it. We gotta go to the game. We have chances and we believed in us (sic),” Ingreso recalled about the conversation that transpired after falling behind.

For Ingreso, this manifested the strong sense of camaraderie he and the Azkals have – a trait of their team that has guided them in all of their battles. “That’s the team spirit out coach mentioned before that we build in our camp. That’s outstanding,” he noted.

As soon as he restored belief in himself, which did not take long, Ingreso got himself at the right spot at the right time when he nodded Iain Ramsay’s cross into the corner of the goal Abduaziz Mahkamov. It ignited a come-from-behind win by the Azkals capped off by Phil Younghusband’s second half injury time spot kick conversion.

Talking about his goal, Ingreso was glad that fortune favored him that time around after being unlucky a few moments earlier.

“I was just the lucky one who was at the right spot when Iain [Ramsay] crossed the ball in. Actually, I couldn’t believe it,” the Filipino-German midfielder narrated.

“Straight away I was crying.”

If it was out of frustration that nearly sent Ingreso to tears a few moments earlier, it was tears of joy that flooded his eyes the moment he got the Philippines back on track towards qualification. The Azkals didn’t let their opponents back in control as they saw out a 2-1 win everyone in the country is now well aware of.

As for Ingreso, it was the proper result to end a demanding path towards the 2019 AFC Asian Cup.

“We made history today for Philippine football.

“I can’t describe my feelings. It takes a few weeks to let it sink [in and] to believe what we actually achieved and I think we deserve it. When you see the 90 minutes we totally deserved the win today, [especially] the way we fought,” Ingreso summed up.

Having made waves in recent years with Ceres-Negros in the club level and with the Azkals at the international stage, Ingreso knows what it takes to shatter ceilings with his squads. Looming on the horizon in his budding career is another go at the AFC Cup and of course, a stint in next year’s Asian Cup.

There will be expectations, for sure. Whatever they may be, you can never expect anything less from a man whose determination overrides luck in the shape of Kevin Ingreso. Whether be it a good or a bad time, the midfielder never knows how to quit – a welcome character in a world where challenges never run out.

Manila gears up for Super Series, new ring for Heroes of Honor