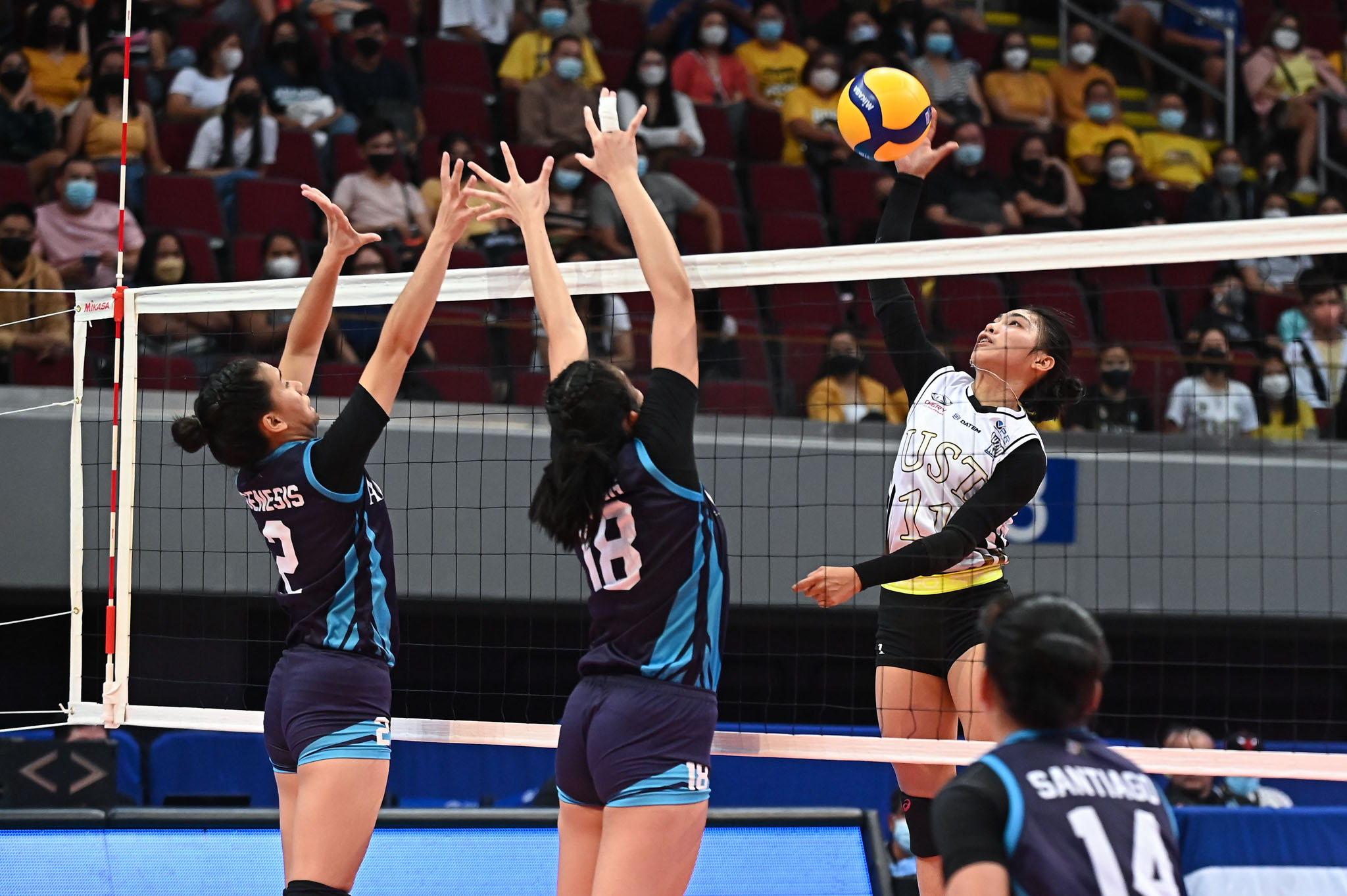 University of Sto. Tomas rookie Ypril Tapia admitted that she was elated to be compared with Golden Tigresses legend Sisi Rondina after her impressive showing in the team’s five-set triumph over Adamson University on Tuesday.

Tapia, who came off the bench in the first set before starting in the next four, finished with 11 points on nine attacks and two aces.

This is not the first time that the rookie spiker stepped up for UST in a five-setter. Last Thursday, Tapia punched in the crucial points for the Golden Tigresses to fend off the Lady Spikers.

But aside from her on-court brilliance and high-leaping ability, her work ethic during practices is her biggest similarity with Rondina, according to UST head coach Kung Fu Reyes.

Make no mistake, Tapia is grateful for all the kind words and praises that she has received in her young career. But, she has also made it known that she wanted to build a name for herself and not just wander behind the shadows of her second idol Rondina.