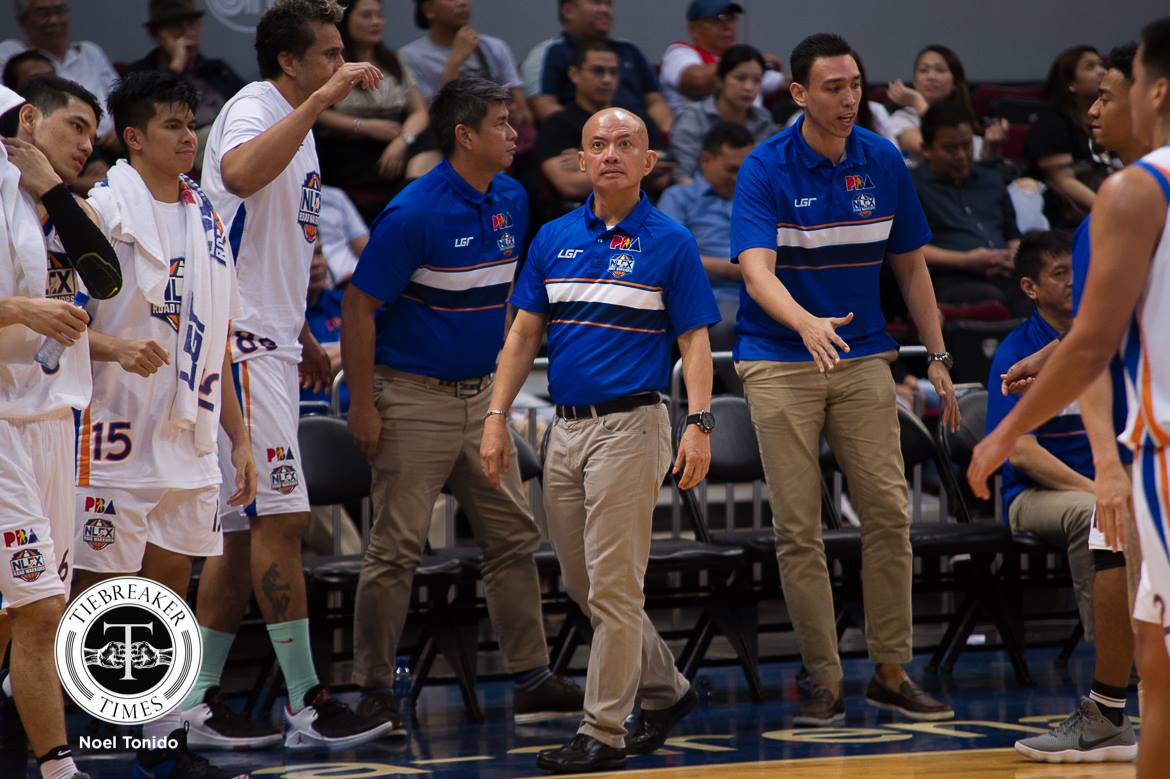 The quarterfinals-bound NLEX Road Warriors failed to gain needed momentum heading into the next round as they bowed to sister team TNT Katropa through a humiliating 76-101 fashion at the SM Mall of Asia Arena in Pasay City.

“Well obviously we’re not really happy with what happened.

“The best way to prepare ourselves for the quarterfinals would be to give a good account of ourselves in this game but obviously we failed to do that,” said the fiery mentor.

The Road Warriors who played Wednesday night was far from the squad that won four straight games. They appeared uncoordinated, which allowed the opposition to lead by 30 points as early as the second quarter.

“We’ve had four hard games before this one and we can actually give ourselves an excuse na tutal nanalo tayo ng four straight, hard naman yung mga games natin, okay lang mangyari ‘to. Tutal, it’s practically no bearing to us.

“But that is very dangerous mentally. That can put you in a situation where instead of being stronger mentally, it makes you very weak mentally if you keep on giving yourselves an excuse. Yun ayaw namin,” lamented the seven-time champion coach.

It also didn’t help that the champion strategist didn’t get much from super rookie Kiefer Ravena as the latter only scored one point. Ravena only saw action for 12 minutes, but Guiao explained that it was a decision of his.

“I just didn’t want to take that risk anymore.”

Looking at the stats, NLEX got outrebounded by TNT massively, 39-59 — 13-23 in terms of offensive boards. Guiao expressed disappointment with it, and he said that it is one of the things they have to work on for the playoffs.

“Sa amin, what I was harping about sa team kanina, na galit na galit ako is we gave up too many offensive rebounds. Maski sa rebound, overall, generally, we just got beat off the board,” lamented the 58-year-old.

“So we have to go back to practice and start building up our instincts again, boxing out, going hard for the ball, gang rebounding. Masyadong malaki yung discrepancy sa rebounds.”