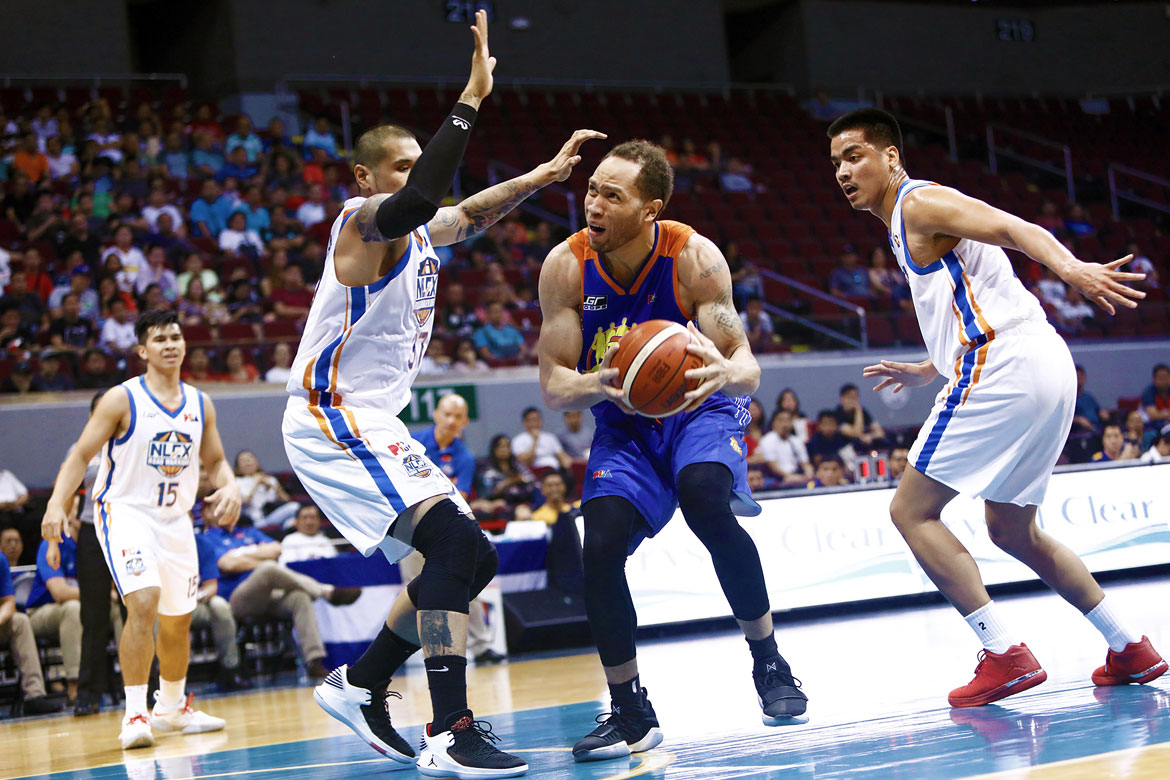 Knowing that a loss would send their playoff dreams crashing down hard, the TNT Katropa churned out a masterful performance to rout sister team NLEX Road Warriors, 101-75, Wednesday at the SM Mall of Asia Arena in Pasay.

The Katropa ended the 2017-18 Philippine Cup elimination round with a 5-6 card similar to the Blackwater Elite, and Wednesday’s win only means that a fight for the eighth and final playoff spot will take place this Sunday, March 4.

“We’ve been struggling offensively this conference and that’s no secret. I think the two week break really helped us. Today at least offensively we looked a lot better than in our previous games,” said TNT head coach Nash Racela.

“We needed a win for us to give ourselves a chance in the playoffs, and the only thing we can control is this game,” he added.

New Texter Jericho Cruz had a debut to remember as he shined with 17 points, four assists, and three rebounds. Kelly Williams also had 17 points along with 16 boards, and Troy Rosario chipped in 14 markers and five caroms.

The Texters show in Pasay started right in the curtain-raising frame, as they scored eight straight to post a 27-14 advantage. The Road Warriors appeared be stunned that they could not provide any answer the rest of the way.

The Katropa  were already leading by 30, 53-23, with less than three minutes to go in the second chapter, and that wall rose to as high as 38, 69-41, after Cruz’s basket with exactly eight minutes remaining in the third canto.

NLEX’s super rookie Kiefer Ravena was a non-factor as he only made one point, one rebound, and two dimes in 12 minutes. He was never checked in by head coach Yeng Guiao for the entirety of the second half.

TNT, aside from shooting 47 percent from the floor, ruled the rebounds department as they hauled down 59 boards — far from NLEX’s 39. The Katropa bench also made their mark, as they added 55 points to their total.