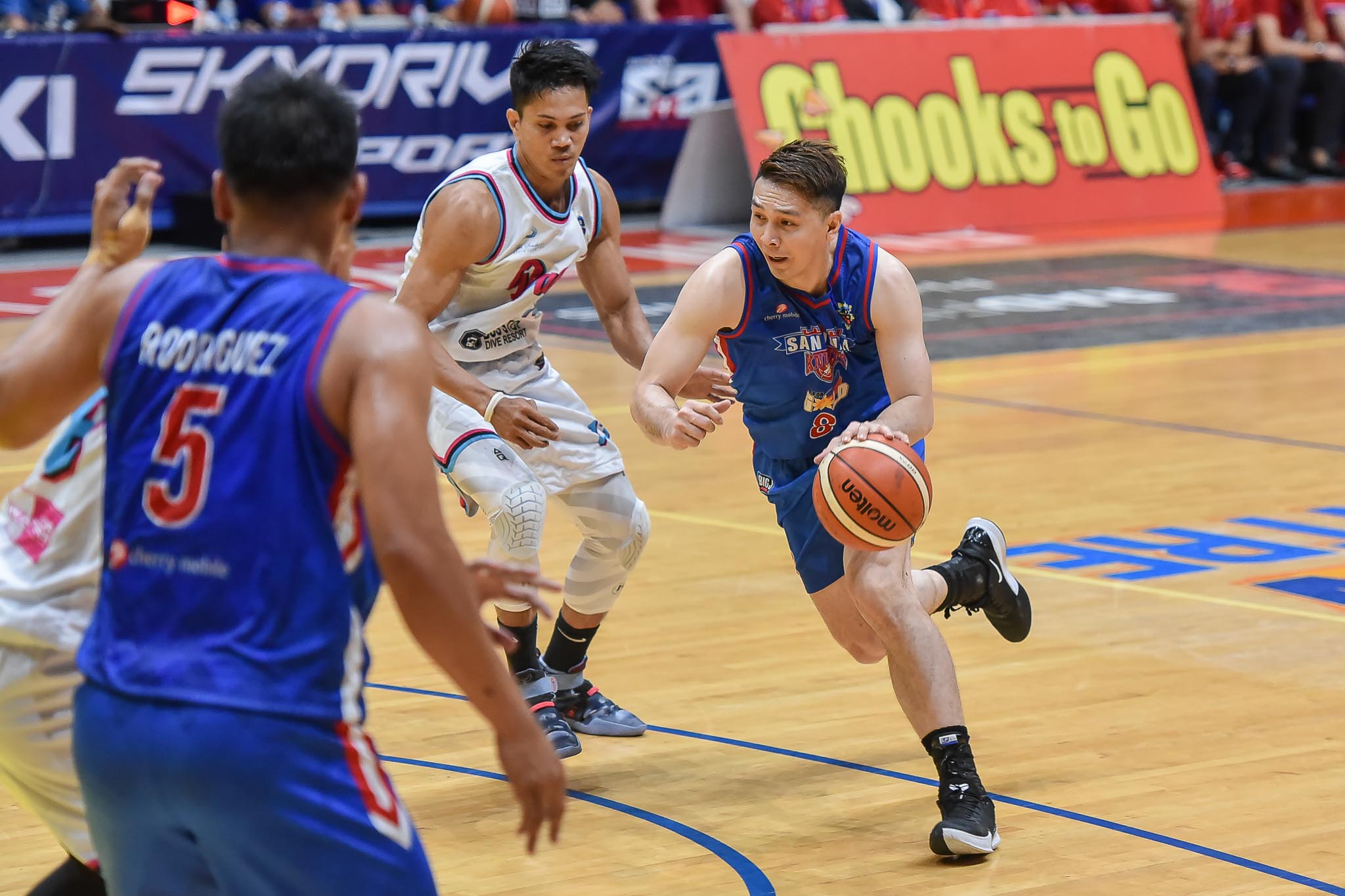 After holding a 10-8 advantage in the 4:05-minute mark of the first quarter, the Knights struggled with their offense and trailed the Voyagers for the majority of the contest.

And it was largely because San Juan’s leading scorer in John Wilson could not find his shot.

Wilson is the third-best bucket-getter in the league with 19.9 points per game. This game, though, he only had a point on a disappointing 0-4 shooting clip through three quarters. 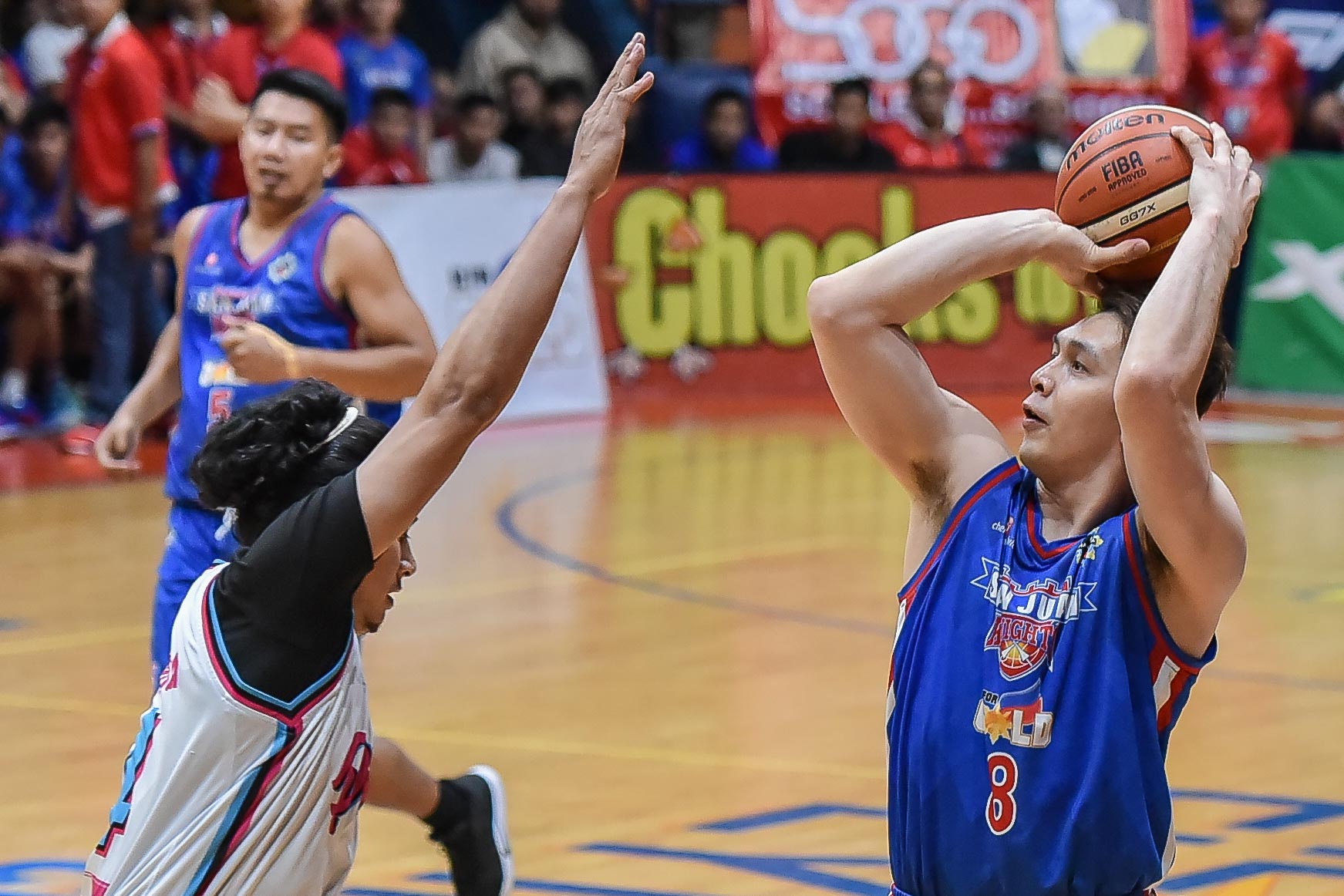 Luckily for the Knights, though, the offense wasn’t the only thing written in Wilson’s calling card. Known as one of the most reliable two-way players in the league, the nine-year veteran knew that he had to go back to the basics in order to pick up his rhythm.

When he realized that his shots weren’t falling last night, the 33-year-old swingman made sure to take it up a notch on the defensive end.

Through his steal on Jaypee Belencion, the Knights were able to take their first lead since the opening quarter, 66-64, via a three-pointer from Orlan Wamar and a layup from Jhonard Clarito, respectively. 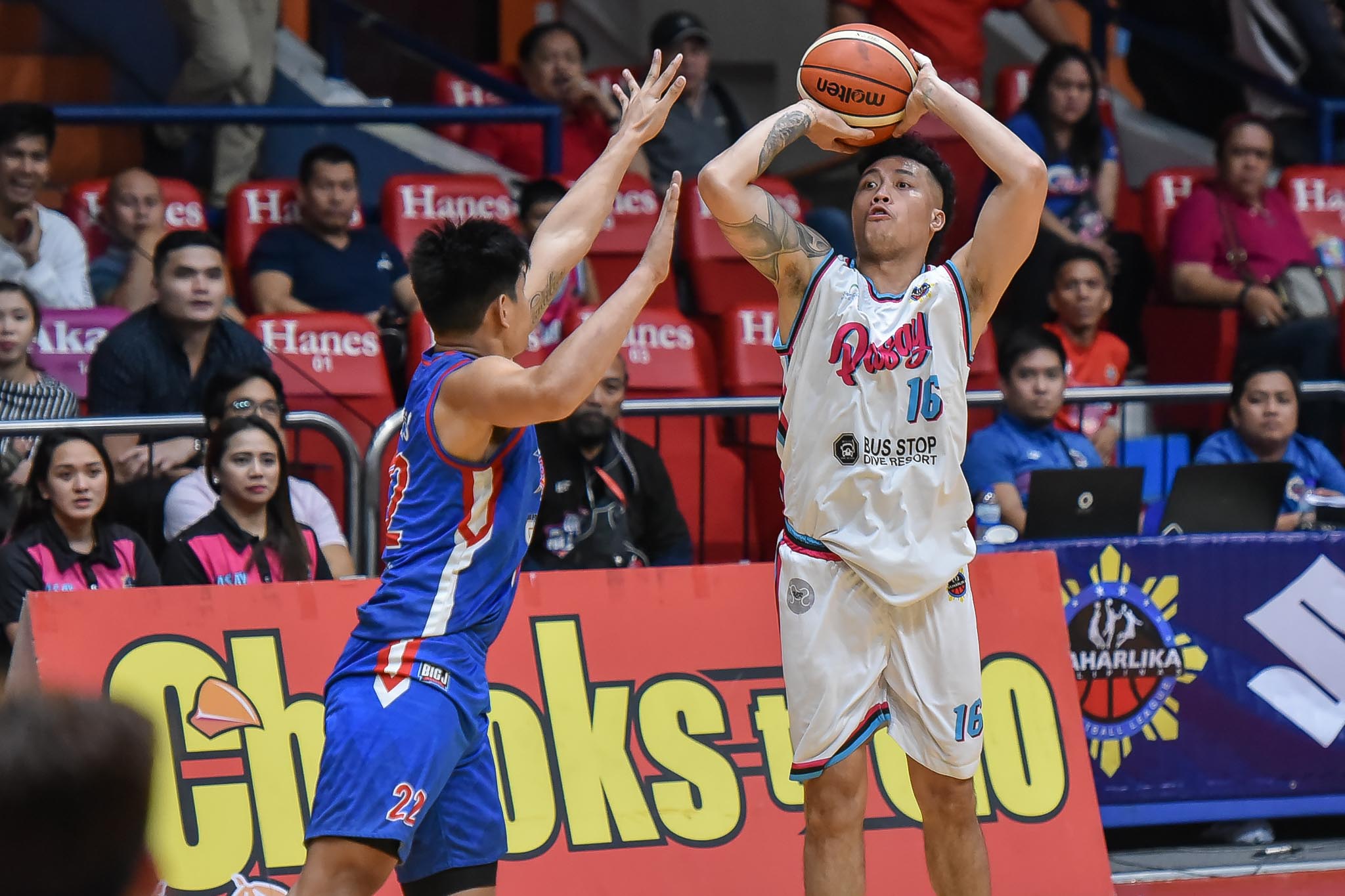 From there, Wilson took the cudgels and fired San Juan’s last eight points, capping it off with a three-pointer which gave the home team a 74-71 advantage with 1:31 left on the clock.

And it proved to be the difference-maker for the Knights, as they fended off the pesky Voyagers, 75-74, on their home floor.

Wilson looks to carry his momentum in Game Two, when they face Pasay at the Angeles University Foundation Gymnasium on Friday, February 20.

In the other game, Pampanga-ADG Group of Companies managed to weather off 1Bataan-Camaya Coast’s late rally, 71-64, to bag Game One.