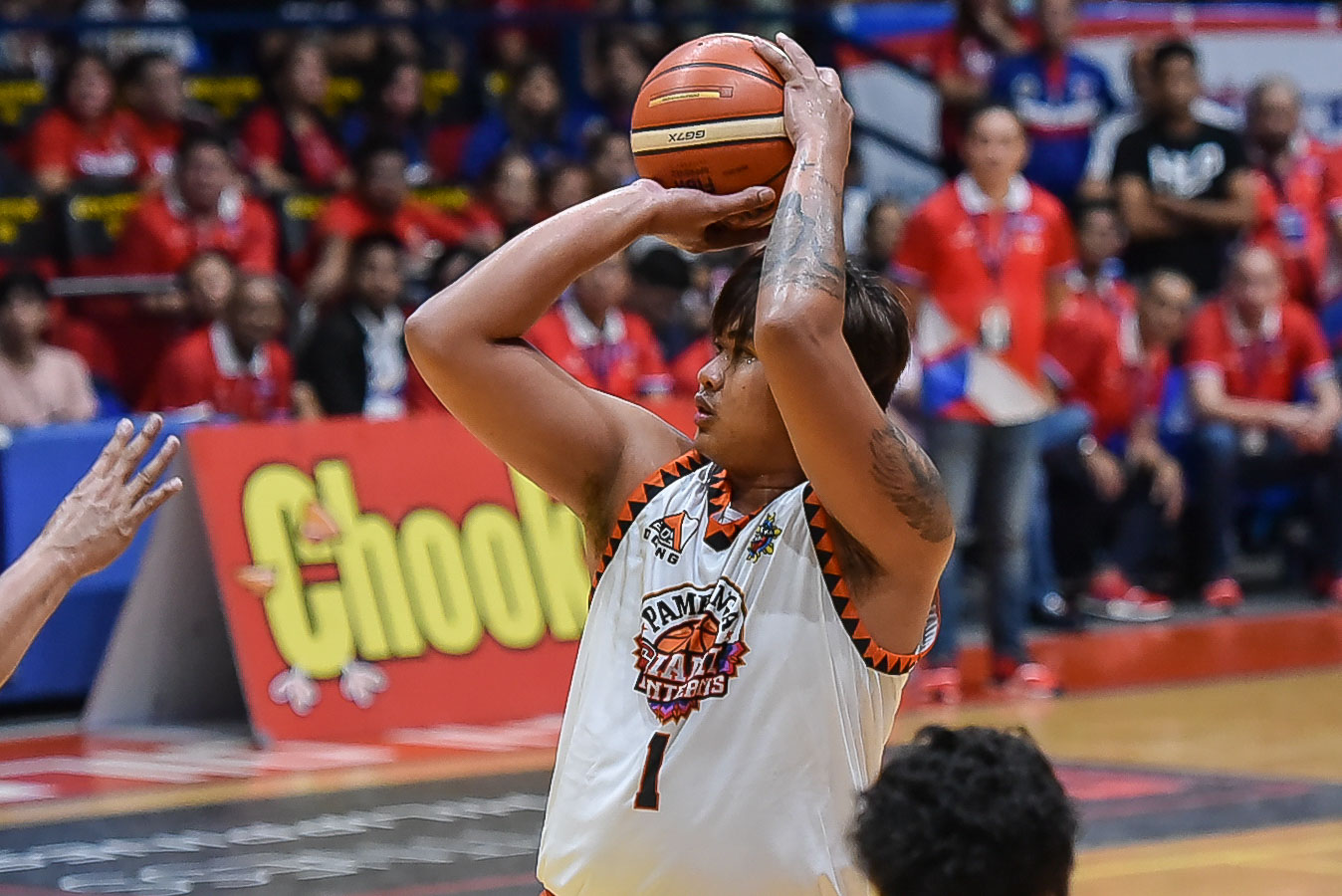 Larry Muyang made his return to the Filoil Flying V Centre on Friday evening.

But unlike 10 months ago, he was no longer wearing the blue and red of the San Juan Knights.

But as fate would have it, Pampanga and San Juan would cross paths in the 2020 Chooks-to-Go/MPBL Lakan North semifinals. Muyang had to face the music.

During the pre-game, Muyang did not share any pleasantries with his former teammates.

The incoming Letran super senior was dead set on beating the defending champions. 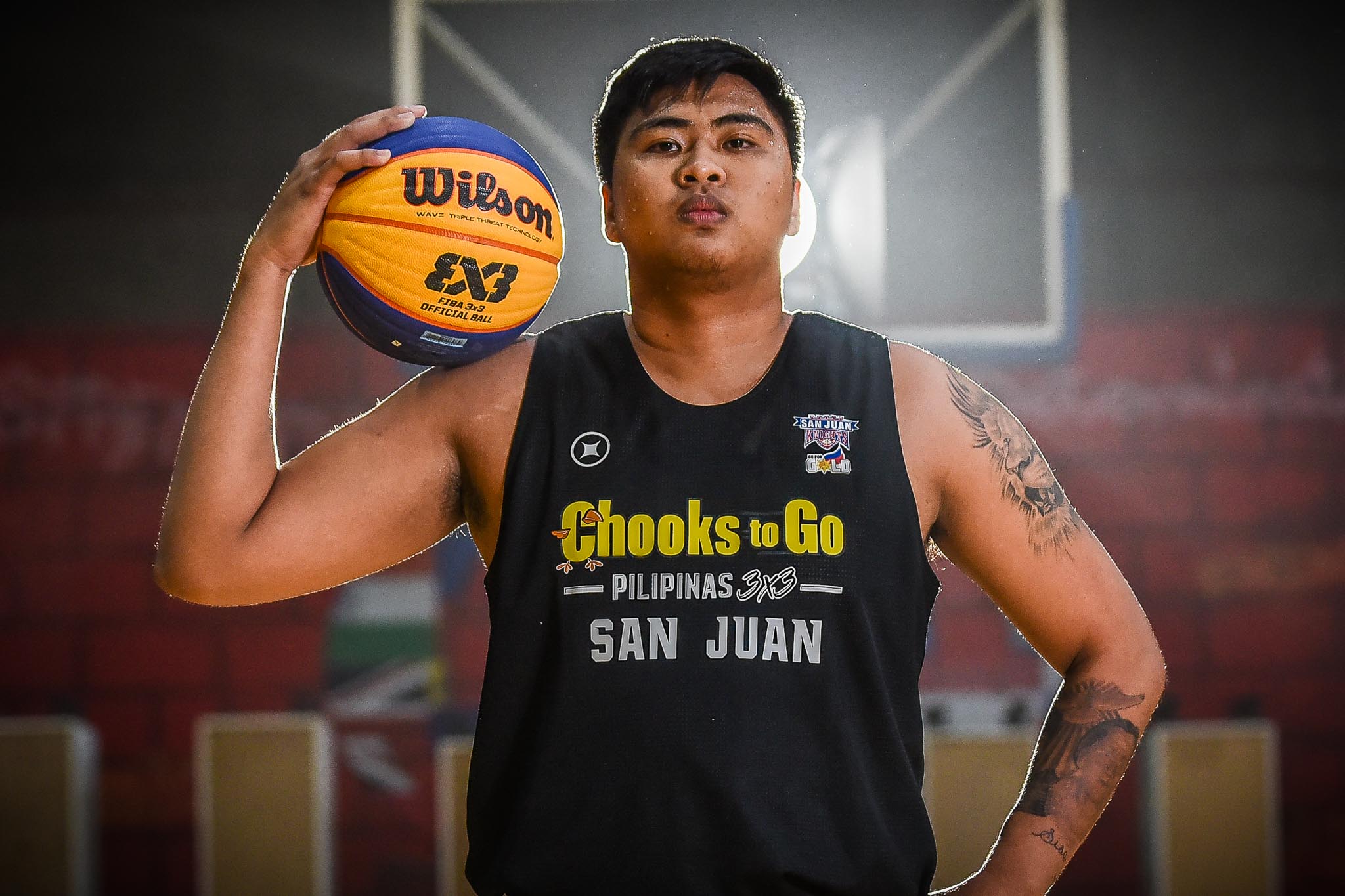 He then took to the court as a man on a mission.

Down by 11 points, 69-80, midway through the final frame of Game One, Muyang anchored Pampanga’s defense. The Giant Lanterns then went on a blistering 15-4 spurt to tie the game with 17 seconds left. 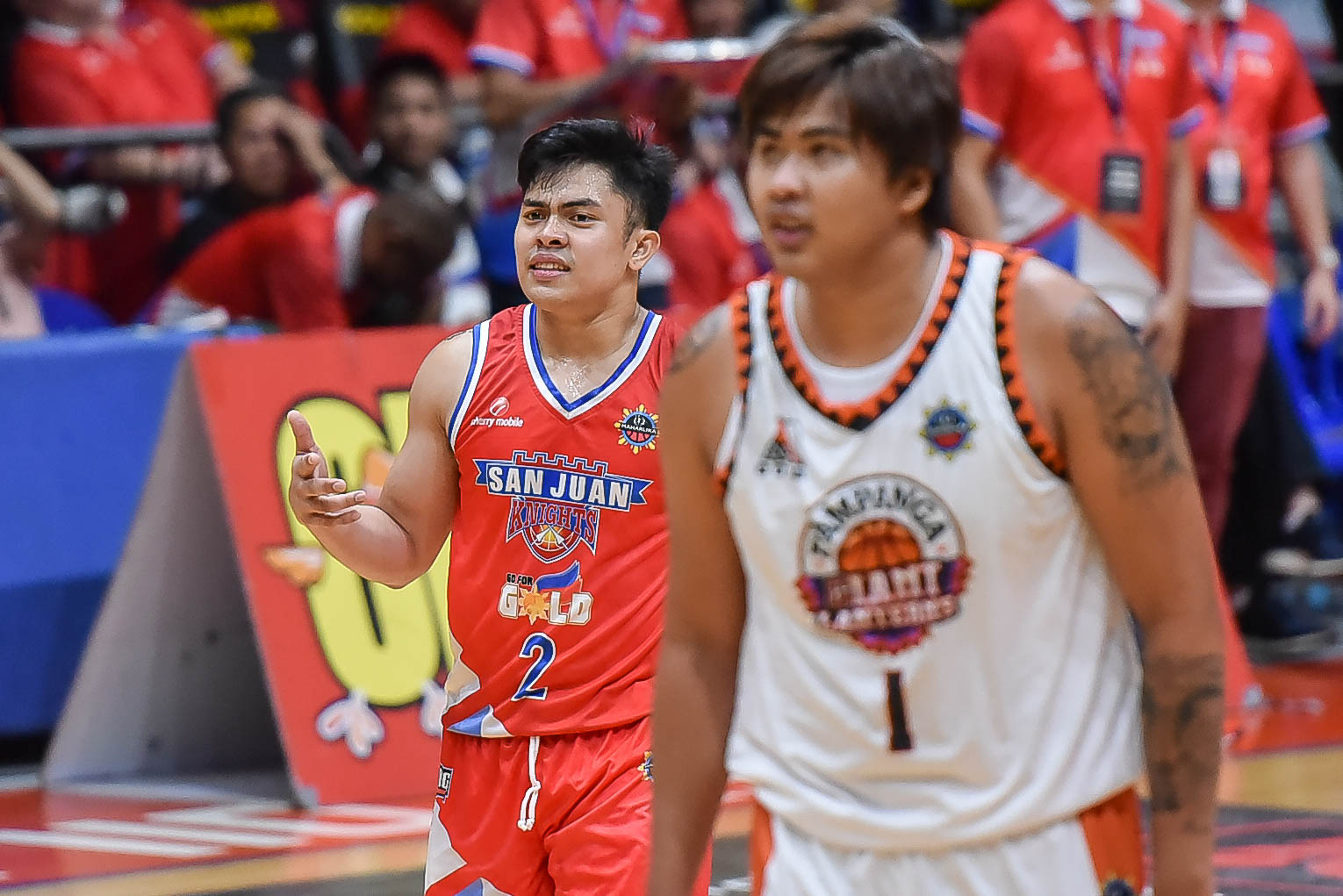 A heartbreak would take place, though, as Mike Ayonayon would sink a buzzer-beating floater to give the Knights an 86-84 victory to draw first blood.

Come Game Two on Wednesday, March 4 at the San Andres Sports Complex in Manila, Muyang and the Giant Lanterns are more than ready to get one back.

In the earlier semifinals match-up, Manila-Frontrow survived Makati-Super Crunch, 77-74, to take Game One.