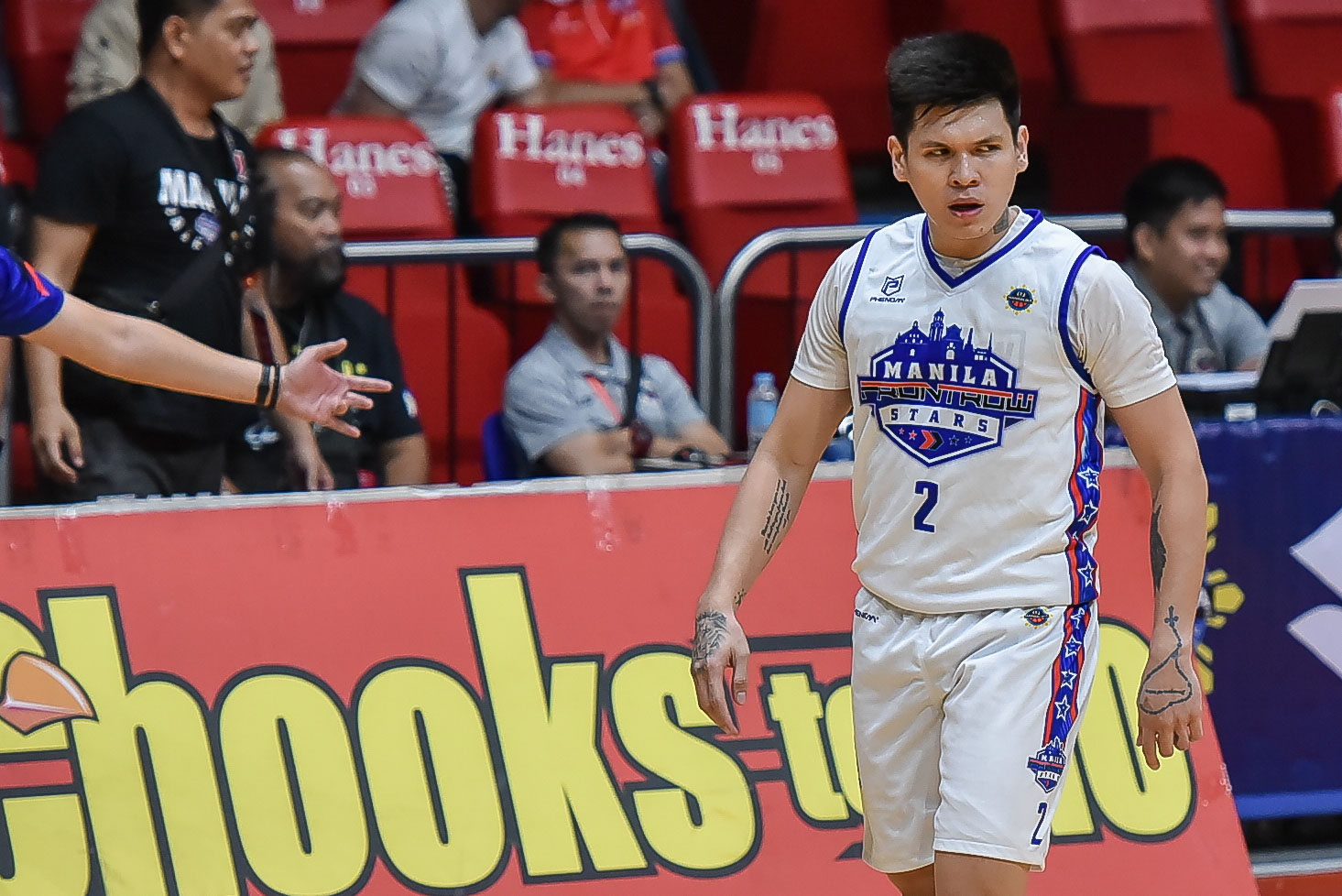 The Stars were in control of the match for the first three quarters, but Makati remained unfazed.

Trailing by 11 points with 3:48 left on the clock, Makati clawed its way back with 11 unanswered points. Rudy Lingganay’s six straight points capped the run, knotting the game at 72, with 44 seconds left.

Carlo Lastimosa had other plans, though. He sank a corner three-pointer with 40.4 ticks remaining for the go-ahead basket, giving the Stars the lead for good.

Jong Baloria still retaliated with a layup on the other end, trimming the Super Crunch-backed deficit to just a point, 75-74 with 28.5 seconds left.

Playing honest defense on the next play, Makati forced Lastimosa into a miss then a scramble for a loose ball occurred. Unfortunately, Baloria saved it to the wrong man.

Lastimosa then drained his two freebies, while Baloria badly missed on his game-tying triple attempt.

On the other hand, Jeckster Apinan paced Makati with 17 points and 11 rebounds but committed seven turnovers. Baloria delivered 16 markers.

#ReadMore  Revitalized Mac Cardona felt like a rookie in return

Game Two is on Wednesday, March 4 at San Andres Sports Complex in Manila.