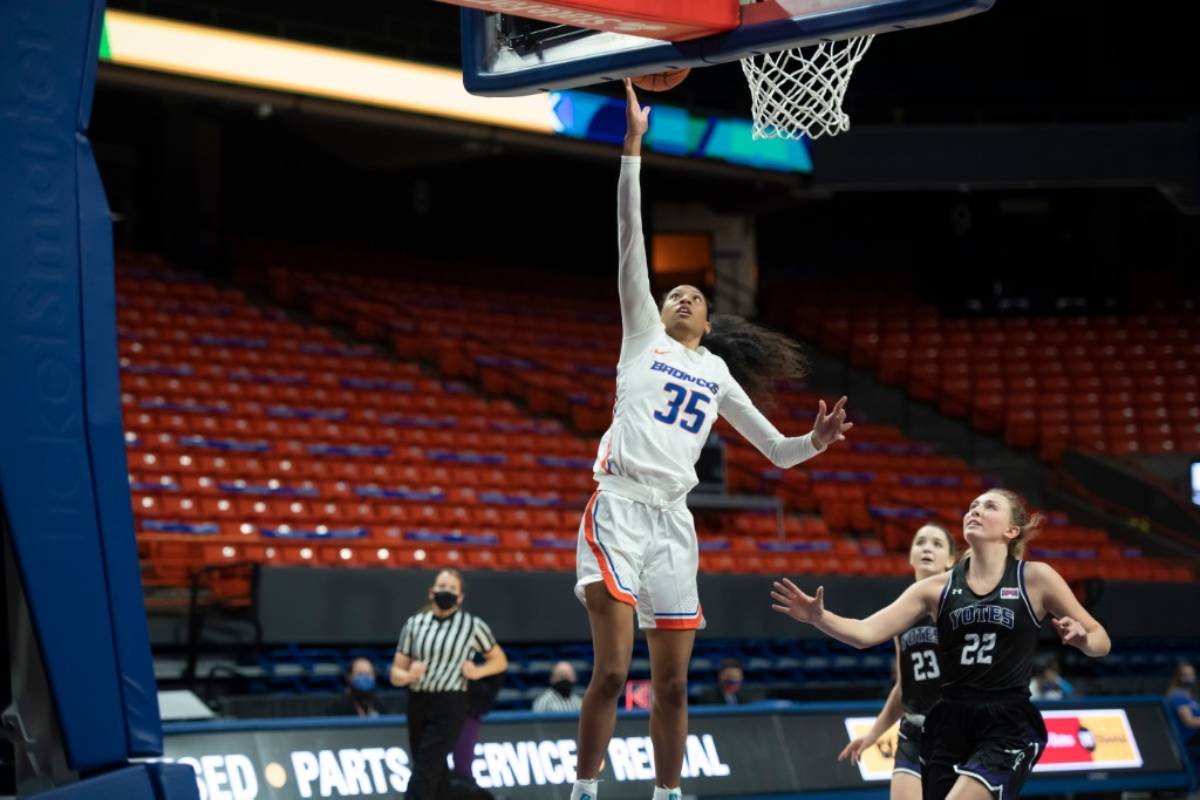 Fil-Am swingman Alexis Mark scintillated in her first-ever game for Boise State, helping the Broncos take a 90-43 win over College of Idaho, Saturday at ExtraMile Arena.

The 6-foot native of Chatsworth, California had 16 points, six rebounds, and an assist.

But it was not just Mark who impressed, as fellow freshman Mary Kay Naro had 10 rebounds and seven assists.

“Alexis Mark is extremely athletics, and I think she and Mary Kay Naro are going to be a good 1-2 punch for us,” said Boise State head coach Gordy Presnell, who hit his 1,000th game milestone in this contest, on the team’s official website.

Mark already had eight points to start the game, helping her team to a 33-13 start.

It was all Broncos in the contest, as the Yotes proved to be no match for the defending Mountain West champions.

Up next for Boise State is Weber State on Monday, 2AM (Manila time).