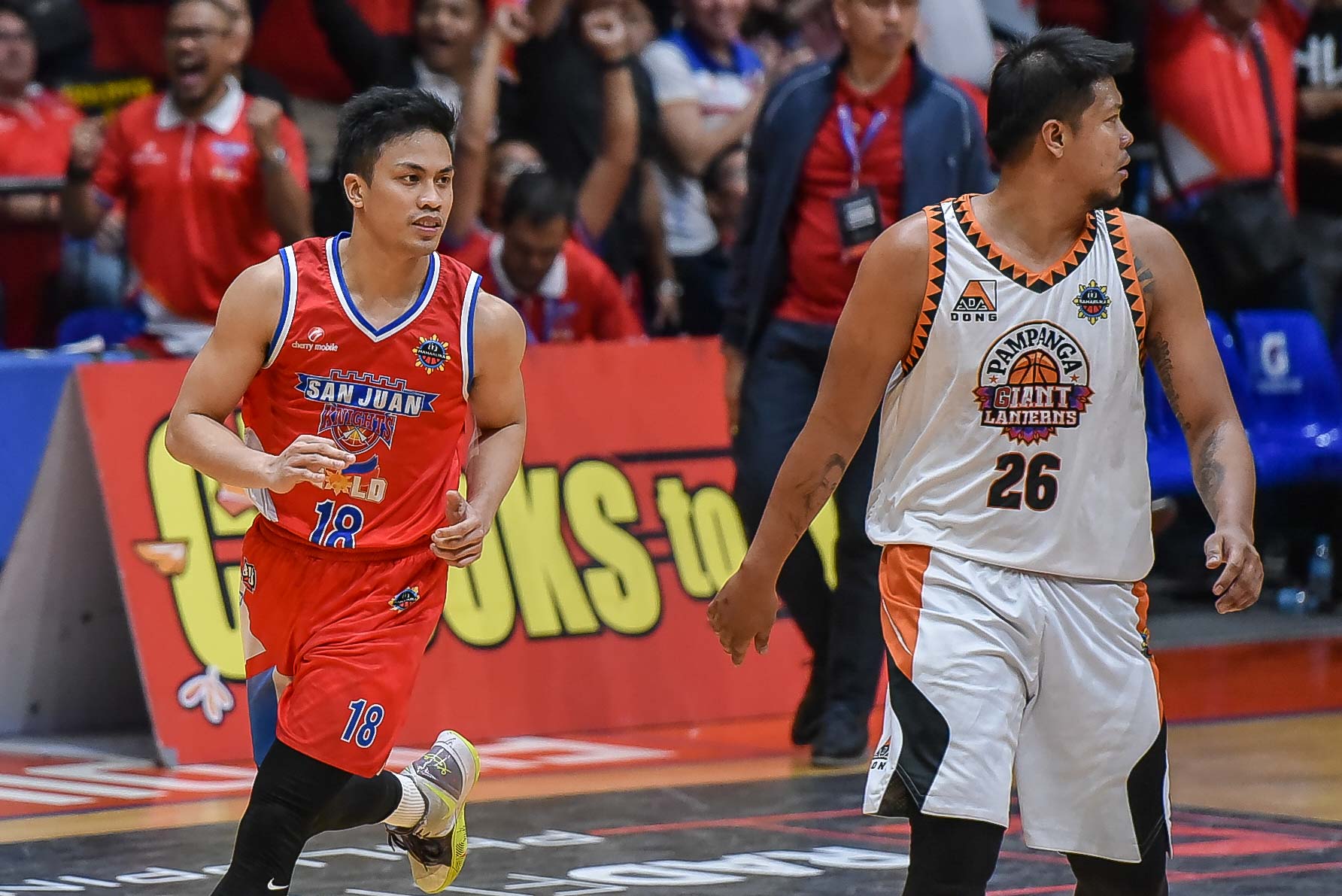 Made for the playoffs.

Mike Ayonayon proved that he is built for the big stage after carrying San Juan-Go for Gold over Pampanga-ADG Group, 86-84, Friday night at the Filoil Flying V Centre.

The victory enabled the Knights to draw first blood in the best-of-three North semifinals series in the 2020 Chooks-to-Go MPBL Lakan Season.

Knotted at 84 with 18.3 seconds left and the shot clock off, the Datu Cup Finals MVP took Travis Thompson on an isolation play. He drove to the basket, faked a shot, then threw up a floater. His shot bounced once at the back iron before tipping in for the buzzer-beater. 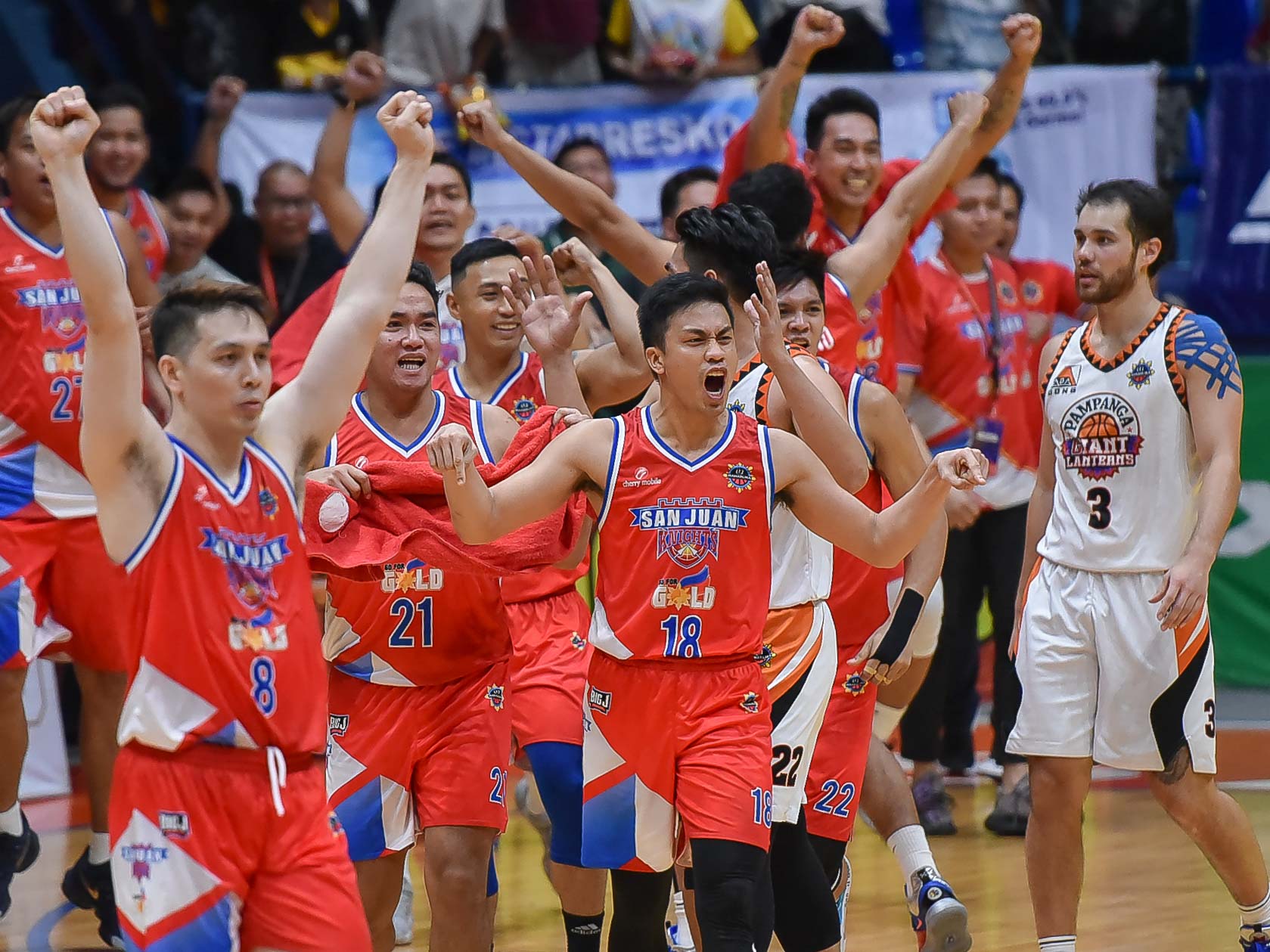 Head coach Randy Alcantara revealed that he had designed the play for the Philippine Christian University standout. He then heaved a sigh of relief when Ayonayon made the basket.

But the 27-year-old Ayonayon was just repaying the coaches’ trust for him to take the last shot, all despite being held scoreless in their Game Two against Pasay in the quarterfinals.

And that’s how you bounce back.

In the other semifinals tussle, Manila-Frontrow survived Makati-Super Crunch, 77-74, to take Game One.

Now in Pampanga, Larry Muyang glad San Juan fans did not boo him