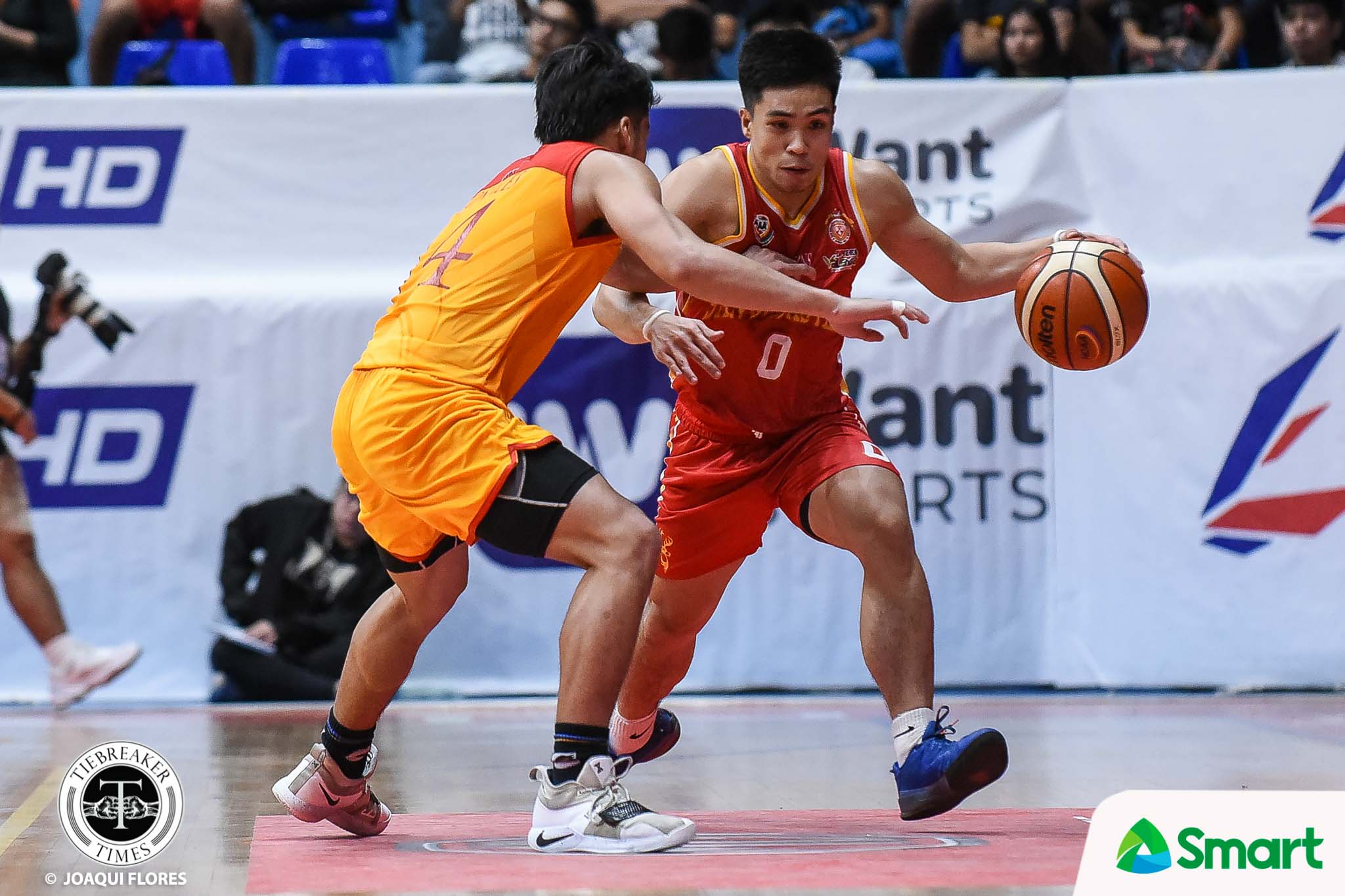 Not only did San Sebastian cruise to its second straight win in the NCAA Season 95 Seniors Basketball tournament, but the Golden Stags were also equally as dominant in this game, just like their 82-51 beatdown of the JRU Heavy Bombers last July 9.

Still, San Sebastian head coach Egay Macaraya was not too impressed with the Golden Stags’ outing.

RK Ilagan was not as on-point in this game, shooting just 5-of-14 from the field for 20 points. The proud son of Tondo made it up by dishing out eight dimes.

And with Ilagan steering the squad, San Sebastian ended up with six players in double-digits.

San Sebastian would lead by as much as 33 points in the contest.

JM Calma tallied a double-double with 12 points and 10 boards as well.

Mapua, who fell to 0-2, was led by Noah Lugo with 13 points. Fellow ex-Red Robins Laurenz Victoria and Warren Bonifacio added 11 and 10 markers, respectively.