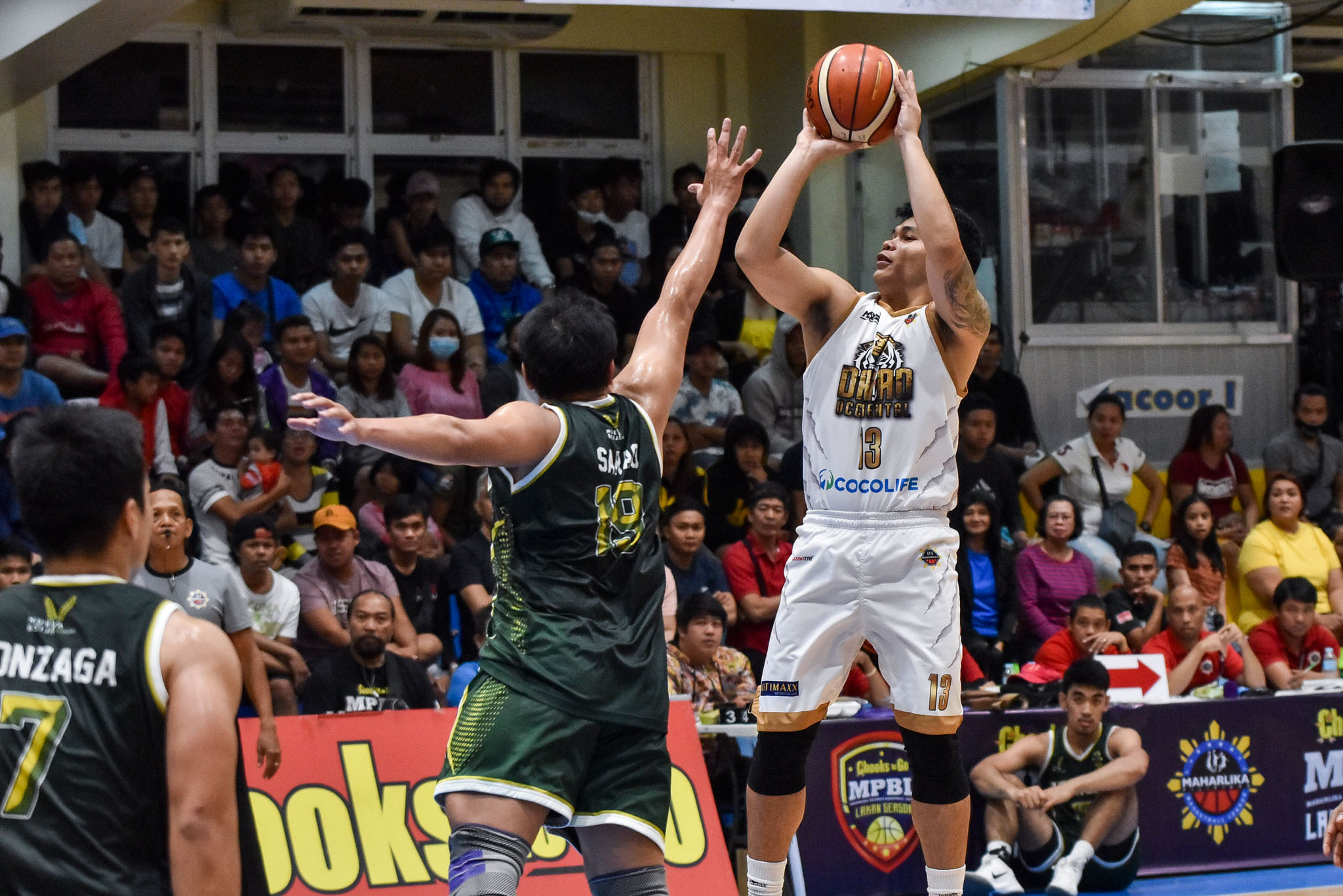 BACOOR — Davao Occidental-Cocolife firmed up its grip of the top spot in the South after nipping Nueva Ecija, 86-79, in the 2019-20 Chooks-to-Go MPBL Lakan Season, Monday at the Strike Gym here.

Robles’ charity stripe conversion brought Davao’s margin to its highest at 12, 73-61. Nueva Ecija then countered with 9-3 sprint to cut the deficit to just three, 73-76.

But Yee and Joseph Terso had other things in mind, conniving with a triple and a layup on the fastbreak to give the Tigers the lead for good, 81-73.

“Nueva Ecija is not the same team in the beginning. This was a big game, we prepared well for this. I told my guys that they might have a bad record but they have that fight in them,” said Davao coach Don Dulay.

Terso was a sparkplug off the bench with 14 points built on four treys, while Billy Ray Robles had a double-double of his own with 12 markers and 10 boards.

On the other hand, Tonino Gonzaga unloaded 23 points, and Maclean Sabellina got 14 markers and 11 rebounds.

Kiefer Ravena looks back on most memorable meeting with ‘hero’ Kobe