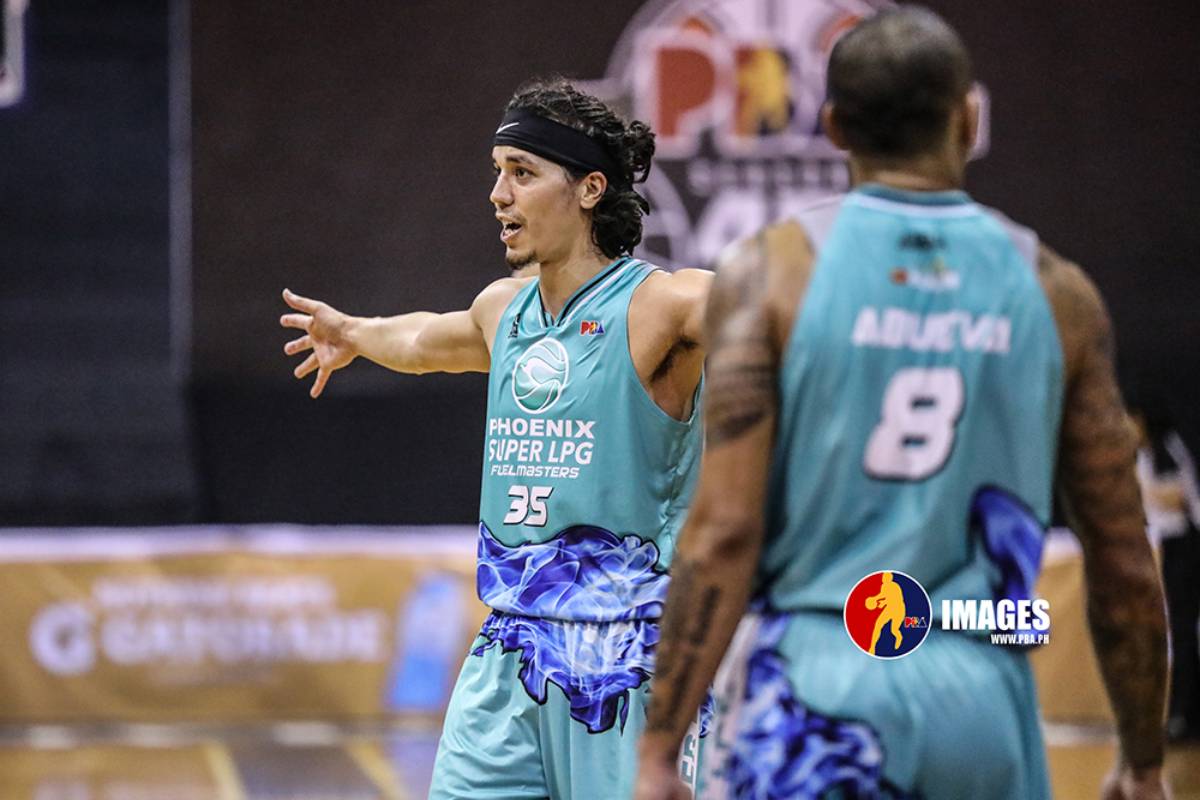 SMART CLARK GIGA CITY — Matthew Wright looked calm amidst the pressure when he took that wild runner from deep to lift Phoenix Super LPG past Magnolia, Saturday night, on their way to the 2020 PBA Philippine Cup semifinals.

But he was not.

The Fil-Canadian sniper made the confession on 2OT, presented by SMART Monday, as he broke down that particular play.

Picture this: the shot clock was winding down, with the Fuel Masters staring at an 86-88 deficit.

“You can see Coach Topex [Robinson] — I don’t know if you can see him; he’s really being demonstrative over there screaming like, ‘Three seconds, three seconds!’ I completely forgot,” he shared.

“I look like I was calm and collected but I really just blacked out, man.

“Like, I really can’t recall what happened. I just remember hearing the bench react,” added the 29-year-old.

The four-year pro also admitted he hadn’t been thinking of that particular shot in the moment he evaded Mark Barroca’s defense through a crossover. It was, according to him, instinct.

“For some reason, that’s what my body told me to do,” said Wright.

“I know that one-footer floater, you’re more accustomed to seeing that shot beneath the free-throw line. But I had to get it up. That’s just what my mind told my body to do,” he furthered. “I completely blacked out in that situation.”

For Wright, he described it as being in a “flow state” at that very moment. In positive psychology, it means being fully immersed in an activity — he was in the zone, to simply put it.

“I was just there. I was just present at that moment. Coach Topex talks about getting lost in the game, which is a good thing actually. You know, you’re not thinking too much, but you’re not being careless either.

“And that’s the kind of state — the flow state — that he speaks so highly of, and I was just in that flow state at that moment,” said Wright, who emerged as the statistical points leader at the end of the eliminations with 39.5 SPs.

But when did it really sink in for him?

“It really dawned on me until I was staring down their bench, and I saw the reaction on their faces, and I saw Coach Chito [Victolero] just look away. And that’s how I knew I think that we won this game,” he said.

“You know, just from seeing the reaction from the Magnolia players… They look like they were defeated,” the St. Bonaventure product continued.

“They look like they wanna go home after that shot.”