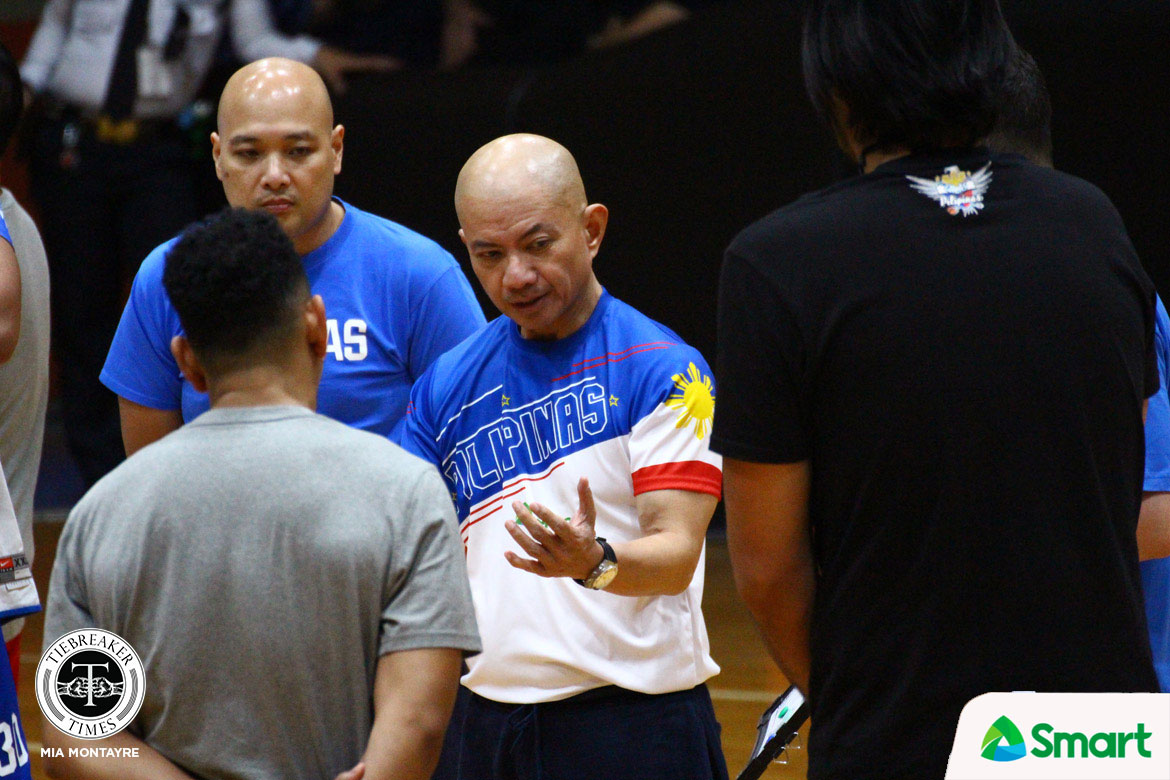 The FIBA World Cup Qualifiers’ fifth window is drawing near – in 12 days, to be exact. But up to now, the 12-man Gilas Pilipinas troop that will battle Kazakhstan and Iran here in Manila is still unclear.

Gilas head coach Yeng Guiao faces yet another good problem – as he likes to call it – in forming the team. He has had nothing but praises for the Nationals’ progress in terms of the way they perform in practices.

“I’m pretty sure magkakaroon ako ng problema cutting it down because I’ve really been happy with the way they’ve been practicing,” said Guiao moments after their practice session on Sunday evening at the Meralco Gym in Pasig.

His ‘good problems’ piled up on Sunday. The Barangay Ginebra San Miguel players he called up – Greg Slaughter, Japeth Aguilar, Scottie Thompson, and LA Tenorio – all arrived and took part in the session.

The Gin Kings are coming off a disappointing 112-108 loss to the Magnolia Hotshots in Game Four of the PBA Governors’ Cup semifinals last Friday, which put an end to their two-year reign in season-ending conference.

Sunday evening saw the most number of attendees compared to previous days at 17 players.

The Nationals are bracing for a tough week ahead. They will figure in tune-up games versus Jordan on the 19th and 21st and Lebanon on the 23rd and 25th – scrimmages that will be good tests for Gilas.

And for Guiao, he and his assistant coaches might have a decision on the lineup after the 25th. “After 25 kasi yung 25 yung last scrimmage namin. So we’ll just keep using the 20 guys in the scrimmage and see,” he said.

“After that, we will make a decision.”

Franz Pumaren on fans questioning Ahanmisi, Manganti injury: ‘Go to the hospital, they can check it’