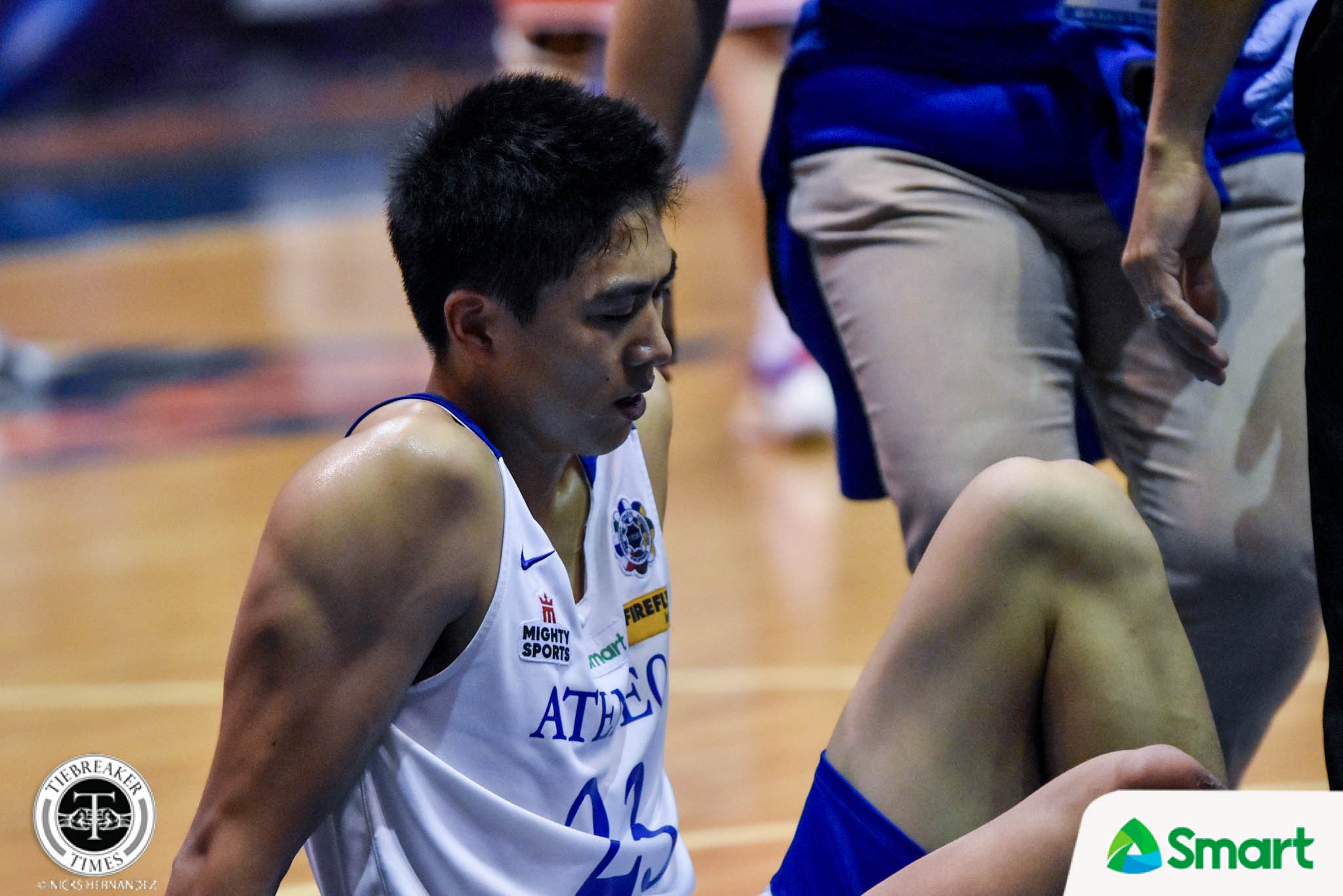 Early in Ateneo de Manila University’s game against University of the East, versatile forward William Navarro had to leave the court.

Just three minutes into the game, the 6-foot-5 big man figured in a box out scenario with 6-foot-3 Red Warrior Nick Abanto. As they tried to jump for the ball, Abanto accidentally clocked Navarro with his left forearm.

The 22-year-old sat on the court for a while before staff escorted to the bench.

He did not return.

According to Ateneo head coach Tab Baldwin, Navarro had a glazed look in his eye and was suffering from dizziness — signs of concussion.

“I don’t have the final answer yet, but it’s a possible concussion and so that’s why we kept him out,” Baldwin shared after Ateneo’s 84-50 win over UE.

The team’s medical staff examined Navarro during the halftime break, and his condition did not look good.

“He was still a bit groggy at halftime. He wasn’t clear on everything, he didn’t remember what happened to him,” Baldwin disclosed.

“So generally when you don’t remember what happens to you, it’s not a great sign. So obviously the doctors have been with him.”

Navarro has been a pivotal piece in Ateneo’s campaign so far, averaging 7.55 points, 6.55 rebounds, 1.27 assists, and 1.18 blocks prior to their game versus UE.

And Baldwin doesn’t know if they have to sit out Navarro when they take on NU on Saturday.

“To outward appearances, he’s fine but he took a good knock. I haven’t seen what happened. He doesn’t know what happened,” said Baldwin.

“So we’ll have a look at it and see what happens.”