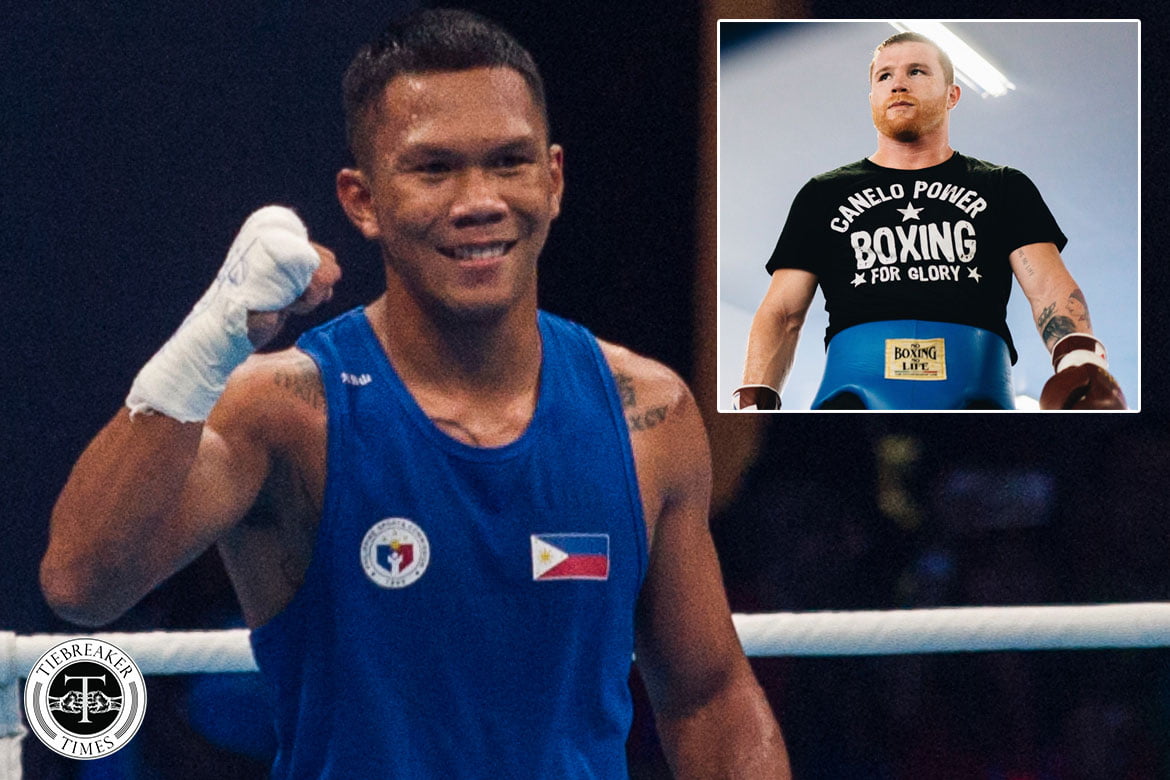 Stepping into the ring with the one and only Saul “Canelo” Alvarez is one of Eumir Marcial’s biggest aspirations.

The amateur boxing sensation revealed this fact when asked about his dream match in the pro ranks in Tiebreaker Vodcasts’ The Hit List, presented by SMART on Sunday.

Alvarez is currently the middleweight world champion, and has become one of the biggest prizefighters of today.

Not only is he the king of the middleweights, though. Last November, he defeated Sergey Kovalev to take the light heavyweight crown.

And that victory turned the fighter out of Guadalajara, Mexico, into a four-division world champion, joining some of boxing’s all-time greats.

Alvarez has a record of 53 wins, two draws, and one loss. His only defeat was courtesy of Floyd Mayweather, Jr. back in 2013.

Filipino fans would definitely pay to see Marcial versus Alvarez. But for the former AIBA Junior World champion, it’s nothing more than just a dream.

Alvarez is now 29. Marcial, meanwhile, will turn 25 this October, and he would only turn pro likely next year, or after the Tokyo Olympics.

So now, the pride of Zamboanga City is simply appreciating the greatness of Alvarez by watching his fights — which he also tries to learn from.

Related Topics:Eumir Marcial
Up Next