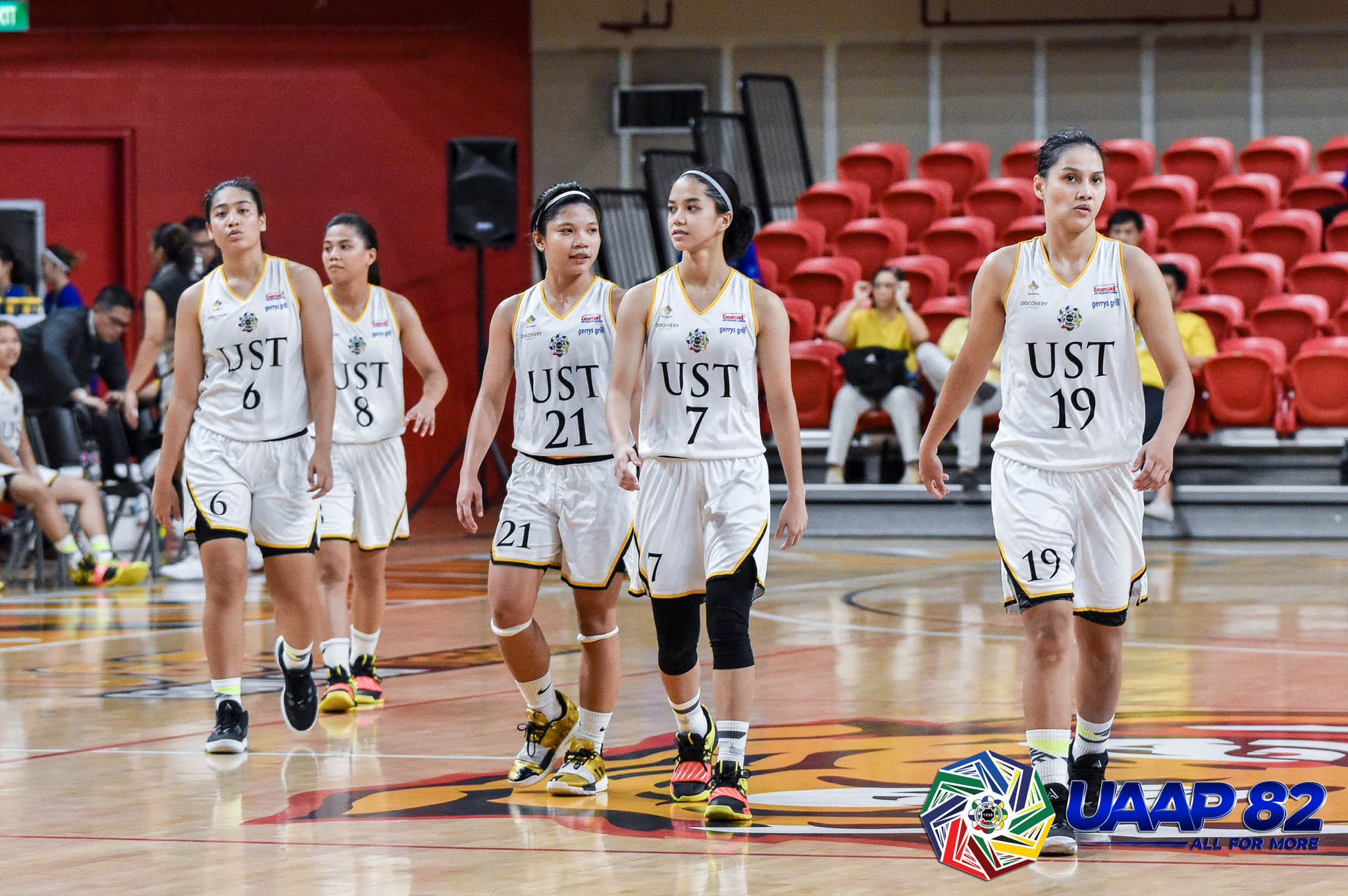 The University of Santo Tomas flat-out dominated the University of the East, 65-26, to take their seventh win in the UAAP Season 82 Women’s Basketball Tournament, Wednesday at the UST Quadricentennial Pavilion.

Just how dominant were the Tigresses? They limited the Lady Warriors to just five points in the opening frame before locking down UE to just two in the second quarter.

As the dust settled, the UST defense had forced UE to shoot a horrid 9-of-58 from the field — good for just a measly 16-percent clip.

It did not help the Lady Warriors that they went just 5-of-17 from the stripe while committing 36 turnovers. Their errors then paved the way for a UST lead as high as 43 points in the game, 65-22, with 1:45 left.

All but two players scored for the Golden Tigresses. Reigning MVP Grace Irebu led the way with 12 points and 15 rebounds, to go with two steals.

The win lifted UST to a 7-2 slate to keep solo second and gain a one-game cushion over the FEU Lady Tamaraws in the standings.

“We’re taking it one game at a time. Dikit-dikit kami. Hopefully, we will get one more win against FEU on Sunday,” said Ong.

#ReadMore  Amidst Gayoso’s exit, Merida looks for rest of Ateneo Blue Eagles to step up