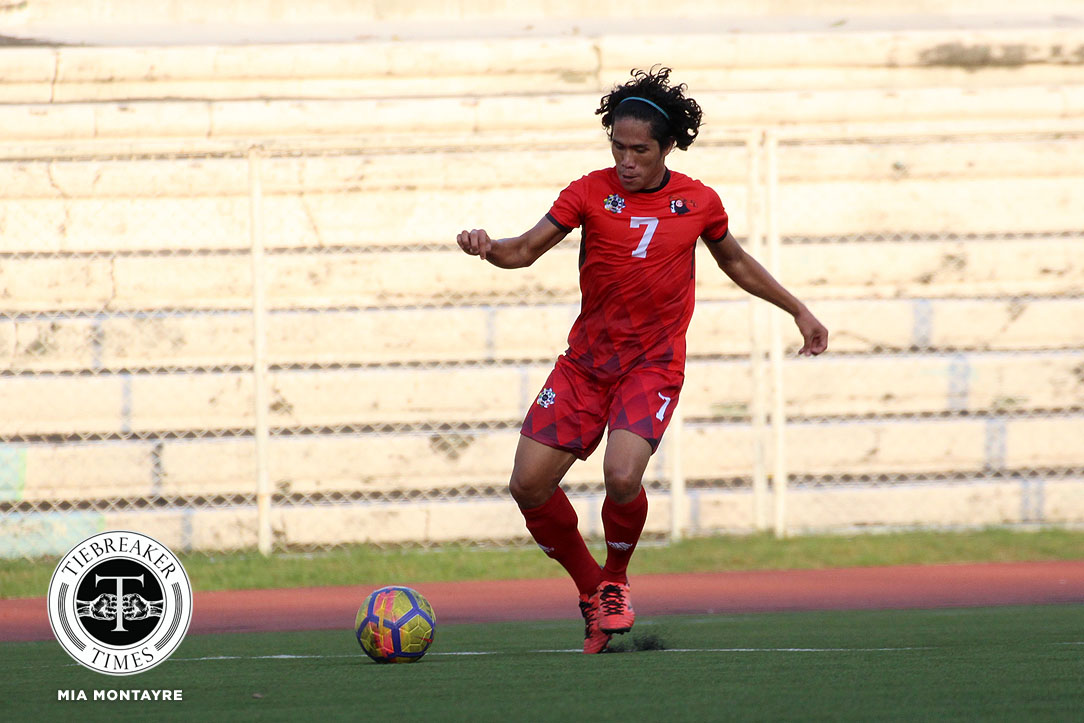 The University of the East Red Warriors’ campaign to reach the UAAP Season 80 Men’s Football Tournament post-season is well and truly alive after they cruised to a 2-0 victory at the Adamson University Soaring Falcons’ expense, Sunday afternoon at the Rizal Memorial Stadium in Manila.

UE’s victory gives them 10 points, level with fourth-placed National University but at fifth because of the latter’s superior goal difference. In contrast, Adamson end the first round with no wins nor draws.

Something to take note of is UE’s progress under Arboleda. The former Red Warrior took over the coaching duties last season where he led the school to 7th place and 14 points. Now, as mentioned earlier, UE has 10 points after the first round in what has been an amazing run so far for the team.

It was UE that broke the deadlock in the second half. Mark Anthony Lerion drew first blood when he put the ball into the goal from close range with Adamson goalkeeper Carl Viray on no man’s land five minutes after the restart.

Lerion’s goal was followed up by striker Mar Diano. The veteran striker found himself open in the Soaring Falcons’ box and he made no mistake to double the Red Warriors’ cushion at the 57th minute.

Diano then had two chances to add to UE’s tally. The Red Warrior saw his shot hit the right post in the first instance and another go narrowly wide. Nonetheless, it was a satisfying afternoon for Arboleda and his team as they won 2-0 over the Soaring Falcons.