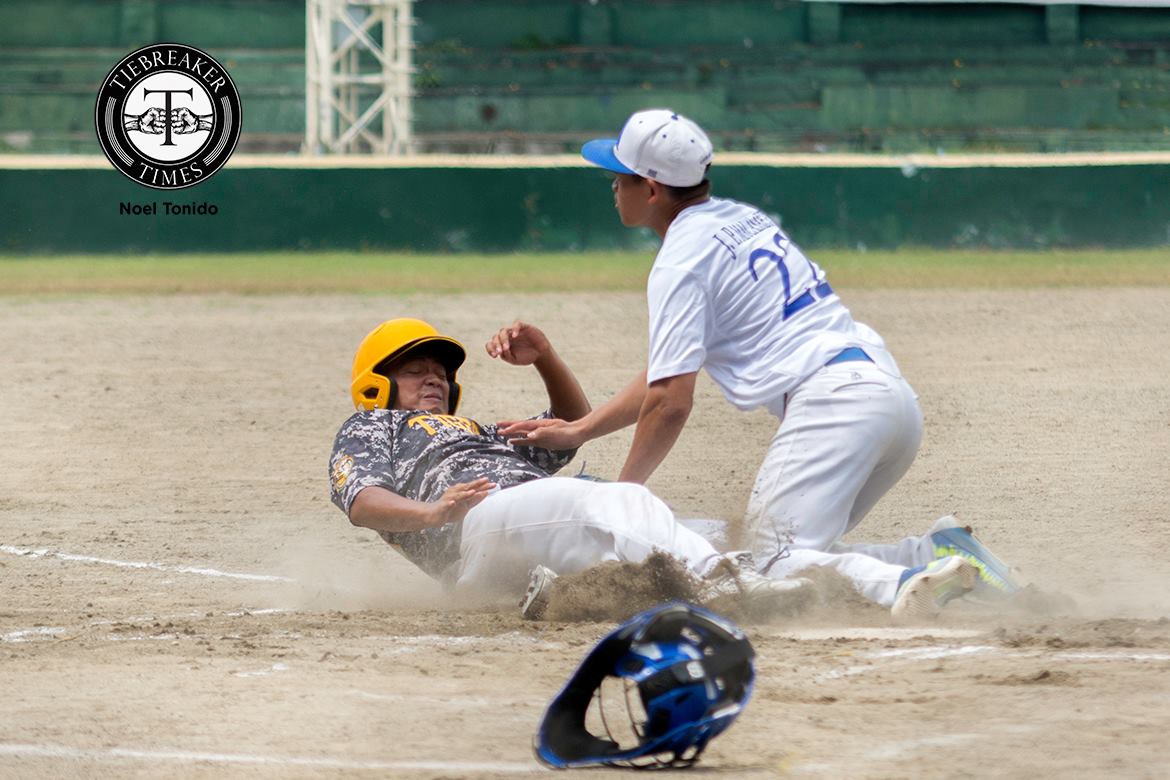 The Ateneo de Manila University Blue Eagles have been in the Finals for the last six years, so it’s safe to say that they are already used to the bright lights of the grandest stage in the UAAP.

And it showed in Game One, as the batters from Loyola Heights took a dominating 9-2 win over the University of Santo Tomas Golden Sox, Tuesday afternoon at the Rizal Memorial Baseball Stadium in the city of Manila.

“The advantage [we have] is I think they are more honed because they have been in the championship every year,” said Ateneo Baseball program director Randy Dizer. “Sa UST, yung pressure is there. Makikita mo, in the first four innings, nandun yung galaw nila pero ayaw lumabas.”

UST’s inexperience at the biggest stage of the UAAP showed in the third inning. With the game knotted at 1-all, Dino Altomonte and Radito Banzon were able to connect on base hits against rookie orthodox pitcher Ian Llave. What followed though were four consecutive walks that led to three runs to put the Blue Eagles up for good.

“It was not dominant in the beginning. The runs that we made were all from walks,” Dizer furthered. “But when they were able to adjust, lumabas na. That’s why I had the luxury to use all of my players.”

The Blue Eagles then had a four-run barrage in sixth inning, highlighted by a couple of two RBI singles from skipper Radito Banzon and sophomore Javi Macasaet.

Javi had three RBIs in the game while Banzon went 2-for-4 at bat, resulting to two runs and two RBIs.

“Yung tanda nila sa game [nakita]. Yun yung maganda dun. If you’re going to look at it, lamang kami sa third and fourth year players,” Dizer said about his team’s offense that had a total of eight hits, while all of their runs were earned.

With the offense clicking, Ateneo’s ace pitcher Paulo Macasaet and the team’s fielders delivered on the other end.

After giving up a run during the third inning, the third-year pitcher was able to compose himself, locking the UST offense down until the seventh inning. The Ateneo outfielders also had a field day, making great catches to strand a total of 10 UST runners.

Macasaet allowed just five hits during his time on the mound and had four strikeouts.

“Hopefully, hindi masyadong nabugbog si Paulo and Miggy [Angeles] was able to hold. On Friday, expect that [Miguel] Dumlao to start, Miggy in the middle, then Paulo will finish it,” added Dizer.

Marlon Gonzales punched in both runs for UST.

Game Two of the best-of-three series is scheduled to take place on Friday, March 24, at 12:00nn.