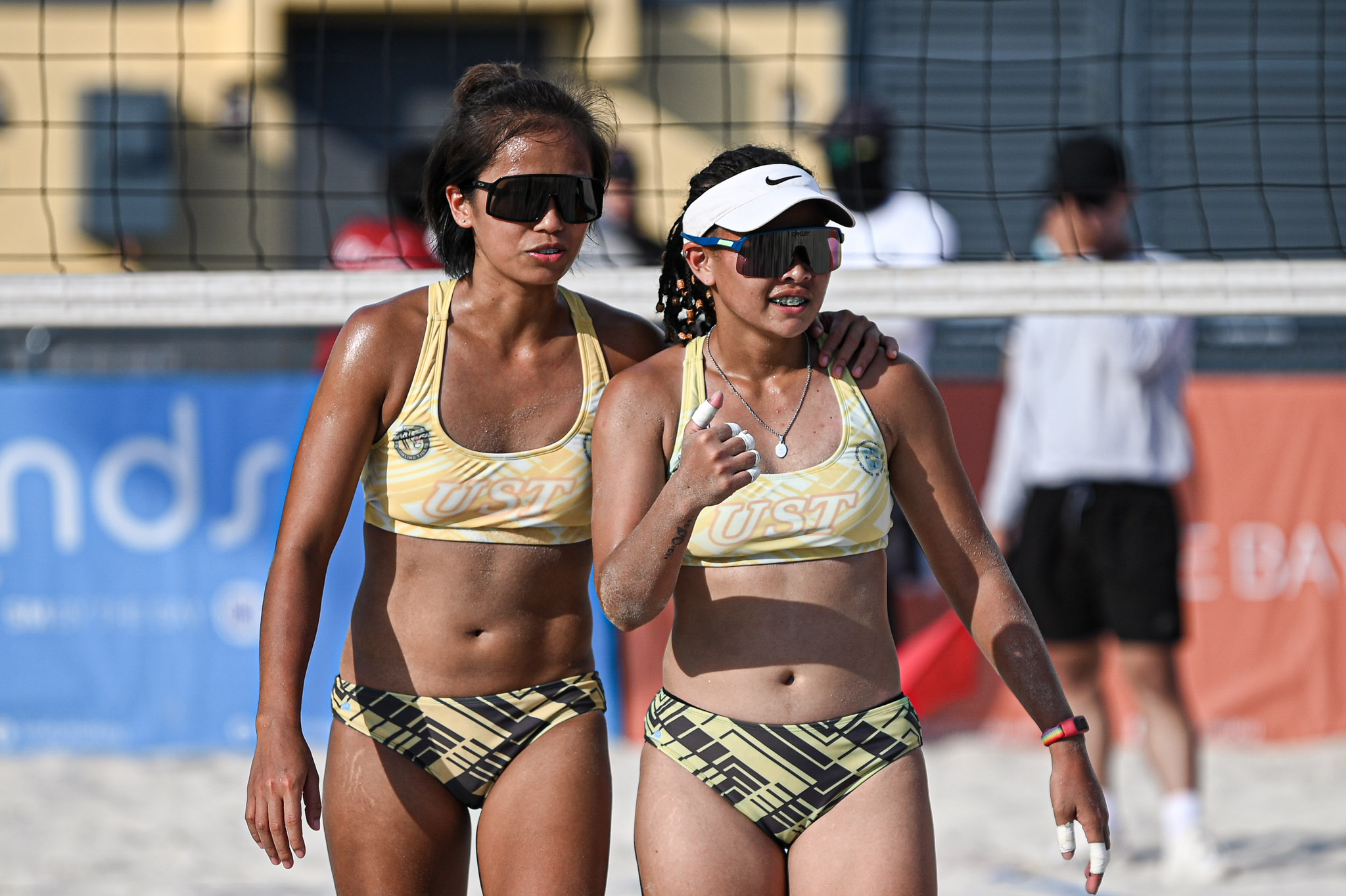 University of Santo Tomas moved on the cusp of a record eighth women’s crown as Gen Eslapor and reigning MVP Babylove Barbon upended University of the Philippines’ Euri Eslapor and Alyssa Bertolano, 21-16, 21-6, in the UAAP Season 85 beach volleyball tournament Sunday at Sands SM By The Bay.

The Tigresses sized up the Fighting Maroons in the opening set before prevailing and raced to a 7-0 advantage in the second set to put the semifinal match to bed.

UST, which has yet to drop a set this season and won 36 consecutive matches dating back from 2016, will face National University for the championship Tuesday at the same Pasay venue. 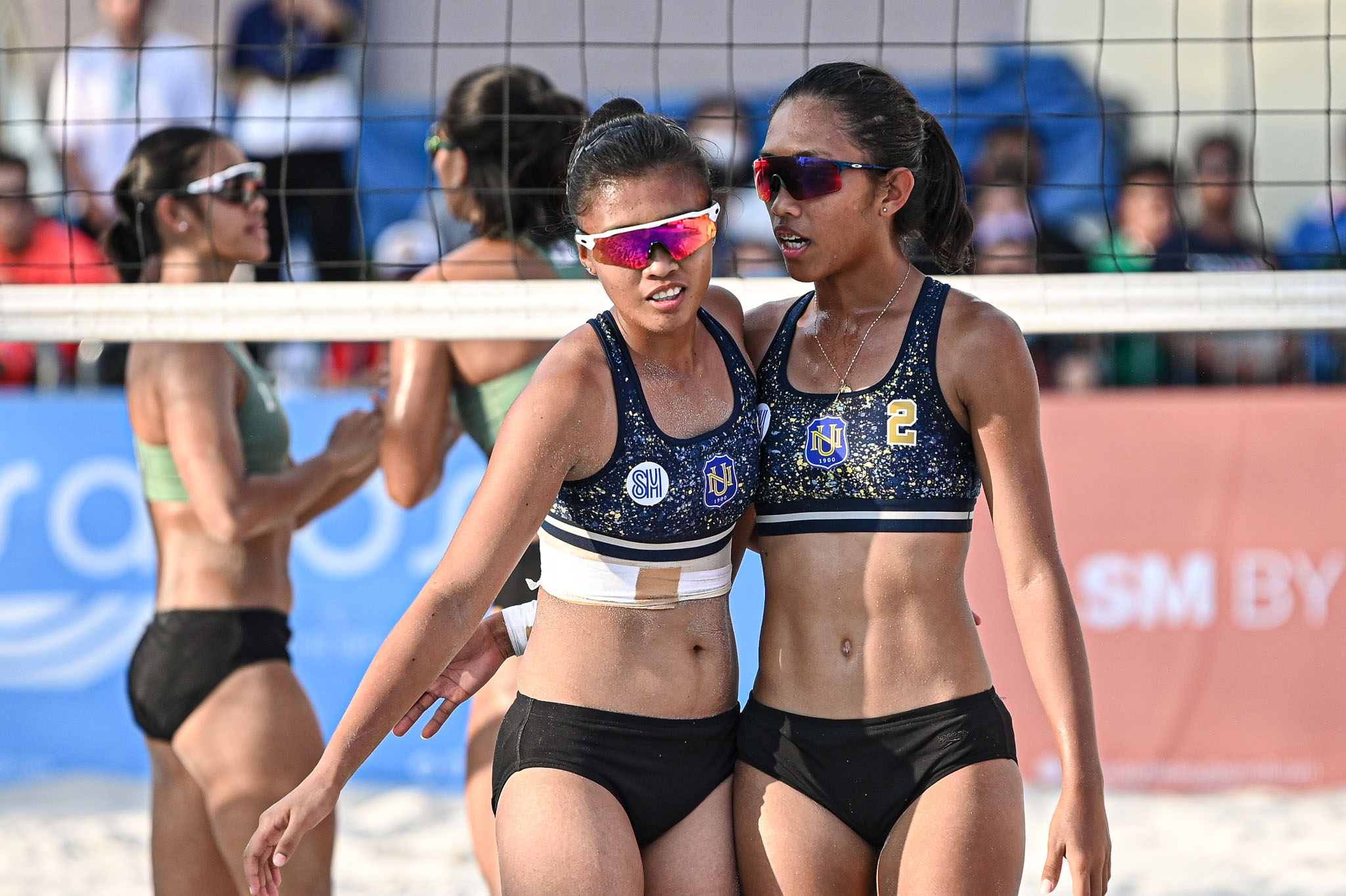 Rookie Honey Grace Cordero and Kly Orillaneda towed the Bustillos-based school to its breakthrough Finals appearance with a 21-17, 21-14 romp of De La Salle’s Justine Jazareno and Jolina Dela Cruz in the other semifinal. The Lady Bulldogs also swept the Lady Spikers in the eliminations.

Earlier, the Tigresses withstood a tough Lady Spikers stand in the opening set to score a 23-21, 21-14 victory and register a 7-0 elimination round sweep.

NU’s Cordero and Orillaneda made quick work of University of the East’s Meriam Mungcal and third player Khrisia Lero, 21-6, 21-9, to finish second with a 6-1 card.

UP secured its first Final Four stint since 2018 as Eslapor and Bertolano downed Adamson University’s Mary Grace Borromeo and Aliah Marce, 21-7, 21-10, for a 4-3 record.

Far Eastern University’s Gerzel Petallo and Melody Pons ended the season with a 21-11, 21-8 romp of Ateneo’s Pia Ildefonso and Ysa Nisperos. The Lady Tamaraws, who entered Stacey Lopez for Petallo in the second set at the same time Jan Cane was fielded in for the Blue Eagles, ended up in fifth place with a 3-4 card.