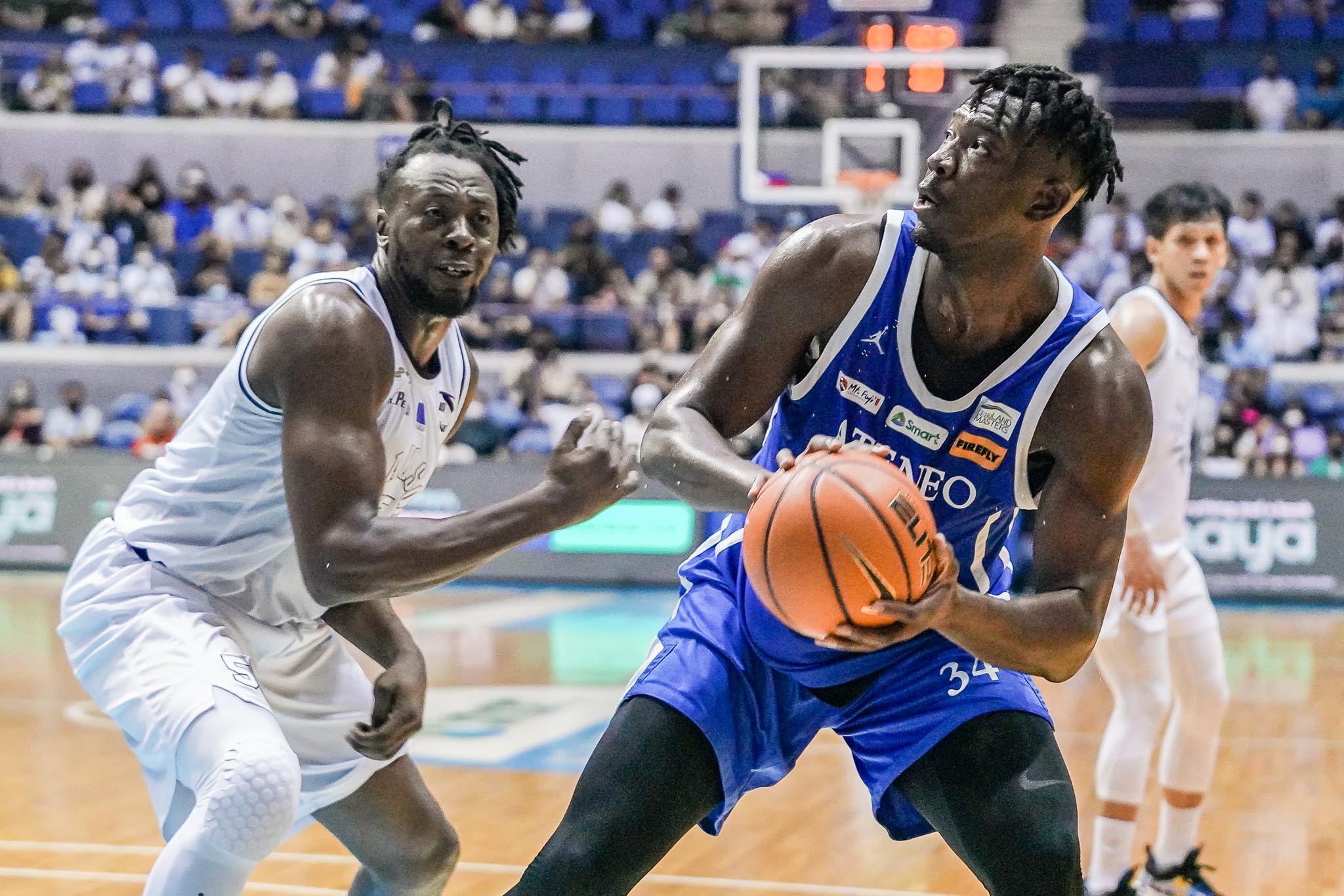 The Blue Eagles, behind a six-game winning streak, rose to 11-3. They are level with University of the Philippines but the former has the superior quotient at plus-3.

This is the fifth consecutive season that Ateneo will enter the Final Four as the top-ranked team.

“It’s the Final Four already, and we can’t get too caught up that we’re number one. We all know entering the Final Four, it’s a whole new ball game,” said Blue Eagles assistant coach Sandy Arespacochaga.

Trailing by 10 midway through the fourth frame, AP Manlapaz, Jerom Lastimosa, Joem Sabandal, and Cedrick Manzano made a run. That put Adamson just within a point with 1:43 left, 61-62.

After a couple of scoreless exchanges, Ange Kouame got the putback and was fouled. However, he missed the bonus, leaving it a one-possession game with 35.3 seconds to go, 64-61.

Joaquin Jaymalin and Joem Sabandal found three-point attempts but both missed. BJ Andrade then iced the game from the line for the Blue Eagles.

Kai Ballungay registered 18 points and 14 rebounds for Ateneo, while Andrade and Kouame chimed in 13 and 12 points, respectively. The latter also grabbed 12 rebounds and swatted three shots.

Adamson got a breakout game from AP Manlapaz with 22 points on 9-of-13 shooting. Jerom Lastimosa added 10 points on 15 shots and eight rebounds.

With the Soaring Falcons slipping to 7-7, they will meet De La Salle University on Sunday at the SM Mall of Asia Arena for the playoff match for the last Final Four spot. The winner will then face twice-to-beat Ateneo.