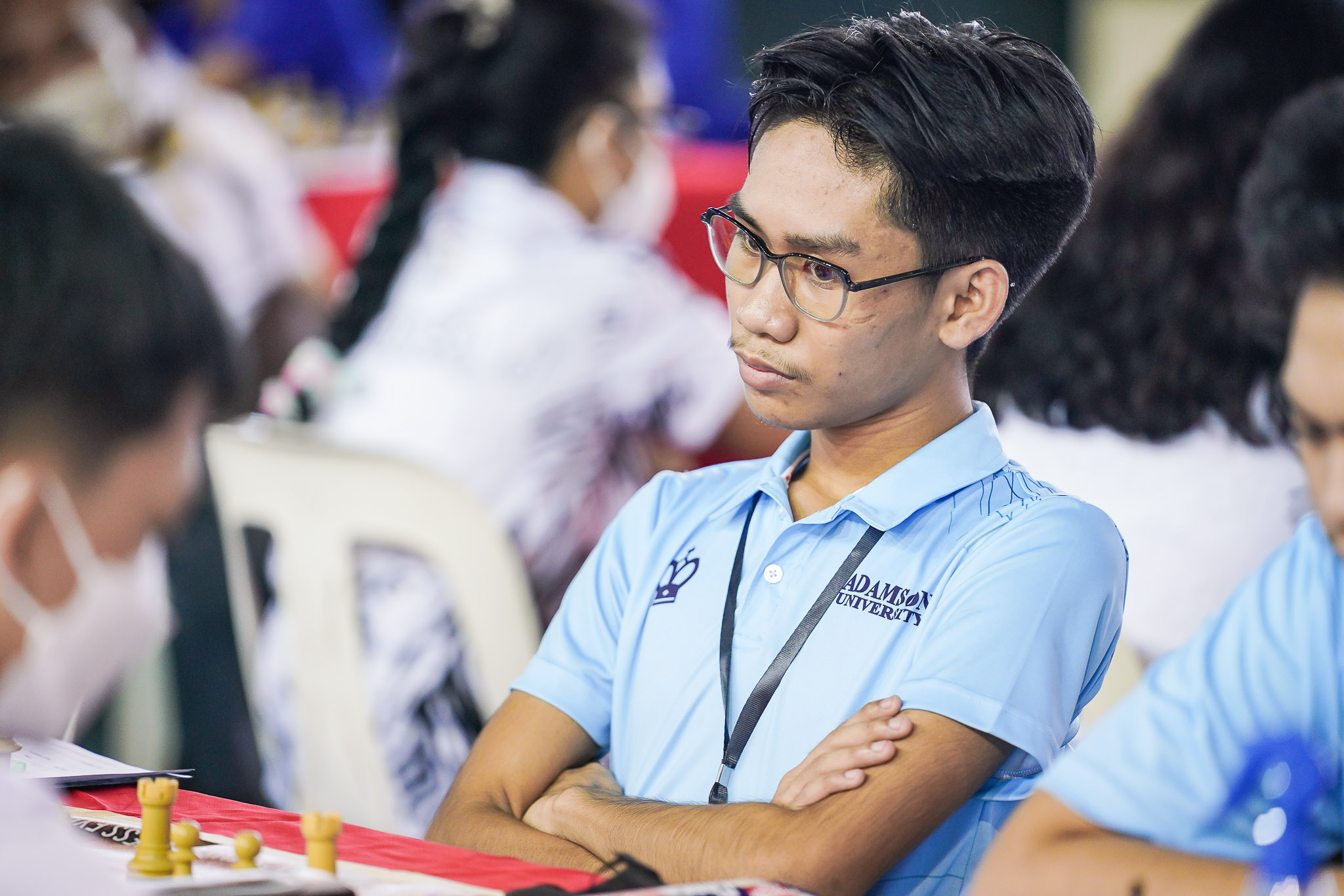 Adamson University narrowly held on to the top spot of the standings after a 2-2 deuce against University of Sto. Tomas at the conclusion of the first half of the UAAP Season 85 Boys Chess Championships, Saturday at the FEU Tech Gym in Manila.

FEU-D and UST actually had better win-loss records as both stayed undefeated after Round 5 but the Falcons completed two shutout wins in the first round to keep a slim lead heading into the second round.

In Round 5, Adamson’s John Rocel Simon played superbly with the black pieces, forcing Francis Apollo Magpily to resign after 41 moves of the Sicilian Defense.

Janmyl Dilan Tisado (Board 1) and Joshua Roque (Board 2) then settled for draws to help Adamson take the top spot.

FEU-D closed out the first round with a dominant 3-1 conquest of cellar-dwelling De La Salle – Zobel.

Lemuel Jay Adena (Board 2), Cyrus James Damiray (Board 3), and Arena Fide Master Ritchie James Abeleda (Board 4) all secured wins in their respective assignments.

DLSZ’s Tyrhhone James Tabernilla scored his team’s first win of the season to avoid a shutout.