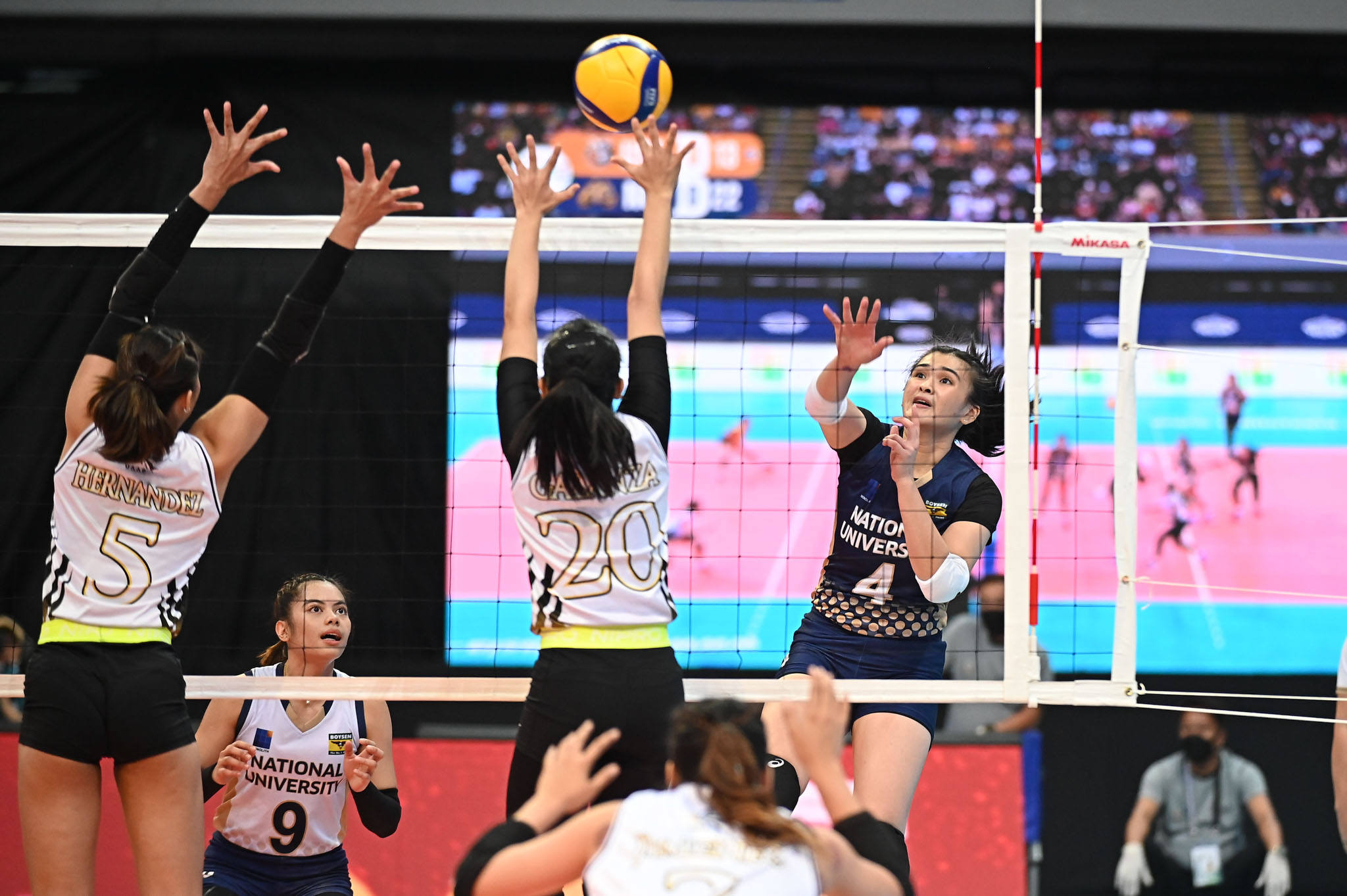 National University zoomed to its fifth consecutive win in the UAAP Season 84 women’s volleyball tournament after dispatching University of Sto. Tomas in four sets, 25-21, 25-21, 21-25, 25-15, Saturday afternoon at the SM Mall of Asia Arena in Pasay City.

The Lady Bulldogs entered the second technical timeout of the fourth set with a huge 16-9 advantage over the Golden Tigresses. NU’s lead grew to as big as nine off a kill from Mhicaela Belen, 23-19. Then an Alyssa Solomon hit and an attack error from Ysa Jimenez sealed the win.

Solomon topped the scoring sheet for NU with 17 points ,while Belen put on an all-around showing with 16 points, 11 digs, and 11 excellent receptions for the Lady Bulldogs.

With the win, NU solidified its hold of the top spot with an immaculate 5-0 standing.

Already a set away from securing the bag, the Lady Bulldogs figured in a rocky third set which saw them commit 17 errors. This gave UST the opportunity to send the game to a fourth set.

#ReadMore  Peter Torres ruled out for season due to lung problem

The Lady Bulldogs’ 10-point cushion in the opener proved enough to fend off the pesky Golden Tigresses, who saved four set points before eventually dropping the first set. NU then took the second set off an emphatic attack from Alyssa Solomon.

Eya Laure, who was coming off back-to-back 28-point performances, scored 18 points to go along with 13 excellent digs and eight excellent receptions for UST, who dropped to a 3-2 slate.

NU looks to make it five in a row against FEU on Tuesday at 6:00 PM. Meanwhile, UST will face the surging Adamson earlier that day at 4:00 PM.