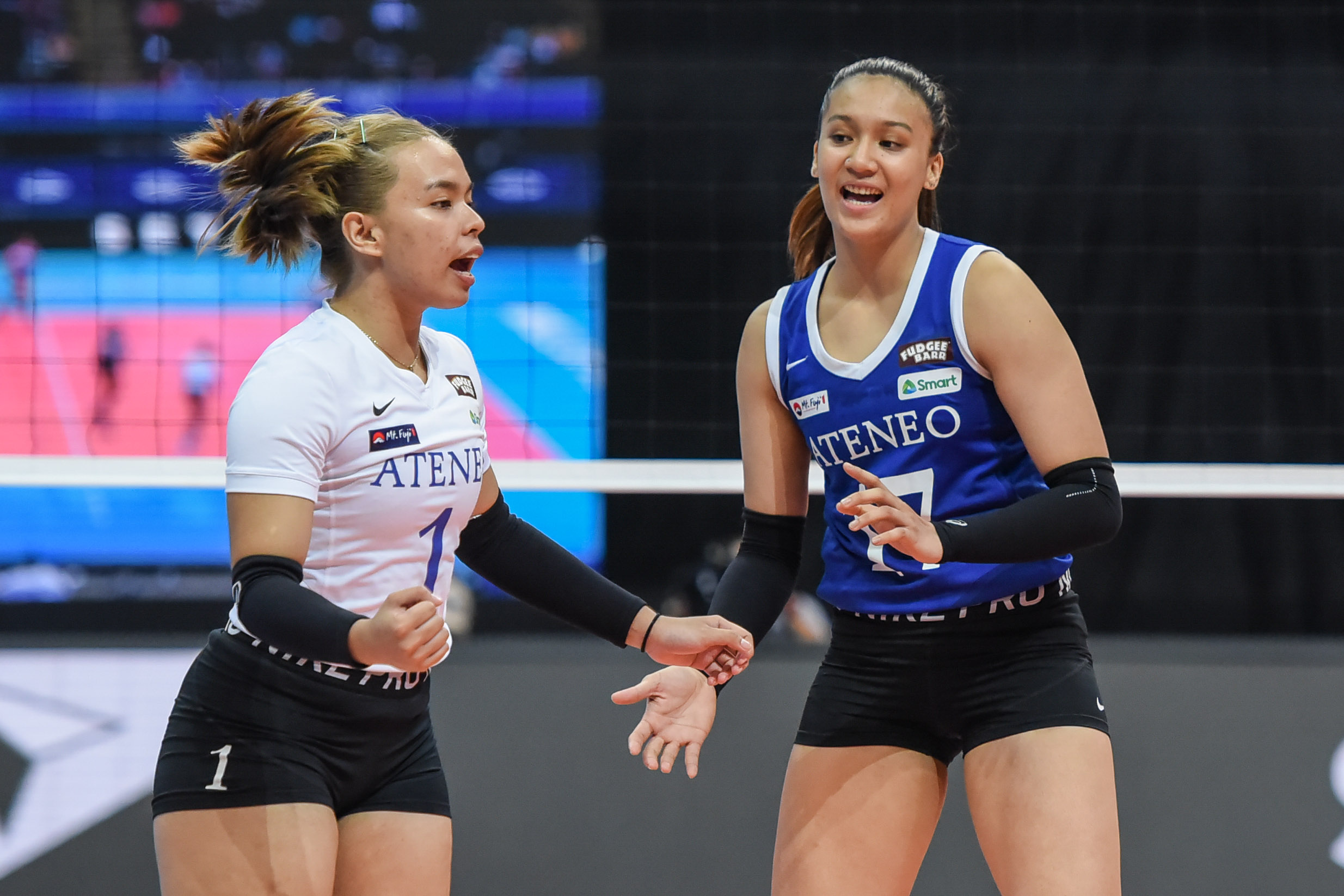 Ateneo de Manila University bolstered its Final Four bid in the UAAP Season 84 Women’s Volleyball Tournament after sweeping University of the East, 25-16, 25-22, 25-11, Thursday at the SM Mall of Asia Arena in Pasay City.

Vanie Gandler top-scored for Ateneo with 15 points to go along with nine excellent receptions and six digs while Faith Nisperos scored 13 points to put the team at 6-5, still at the fifth spot.

Jaja Maraguinot had 12 excellent sets for the Blue Eagles while Dani Ravena and Roma Doromal had 12 digs and eight receptions, respectively.

Already ahead by 11 points, 22-11, Gandler scored three consecutive points to deliver the Blue Eagles their sixth win in just an hour and 30 minutes of play.

“I have to commend the players. They really want to finish it right today, to start strong and to end it strong,” said Blue Eagles head coach Oliver Almadro. “Of course, it’s a preparation for the future games and we have to be prepared and be ready.”

On the other hand, the Lady Red Warriors, who absorbed their 11th loss of the tournament in as many outings, had Ja Lana as its best scorer with 11 points to go along with seven receptions.

Only four players scored for UE in the match.

Ateneo will go up against Adamson University on Saturday at 6:30 PM while UE will face De La Salle University at 4:00 PM.

#ReadMore  Is momentum now on SMB's side? Austria believes otherwise