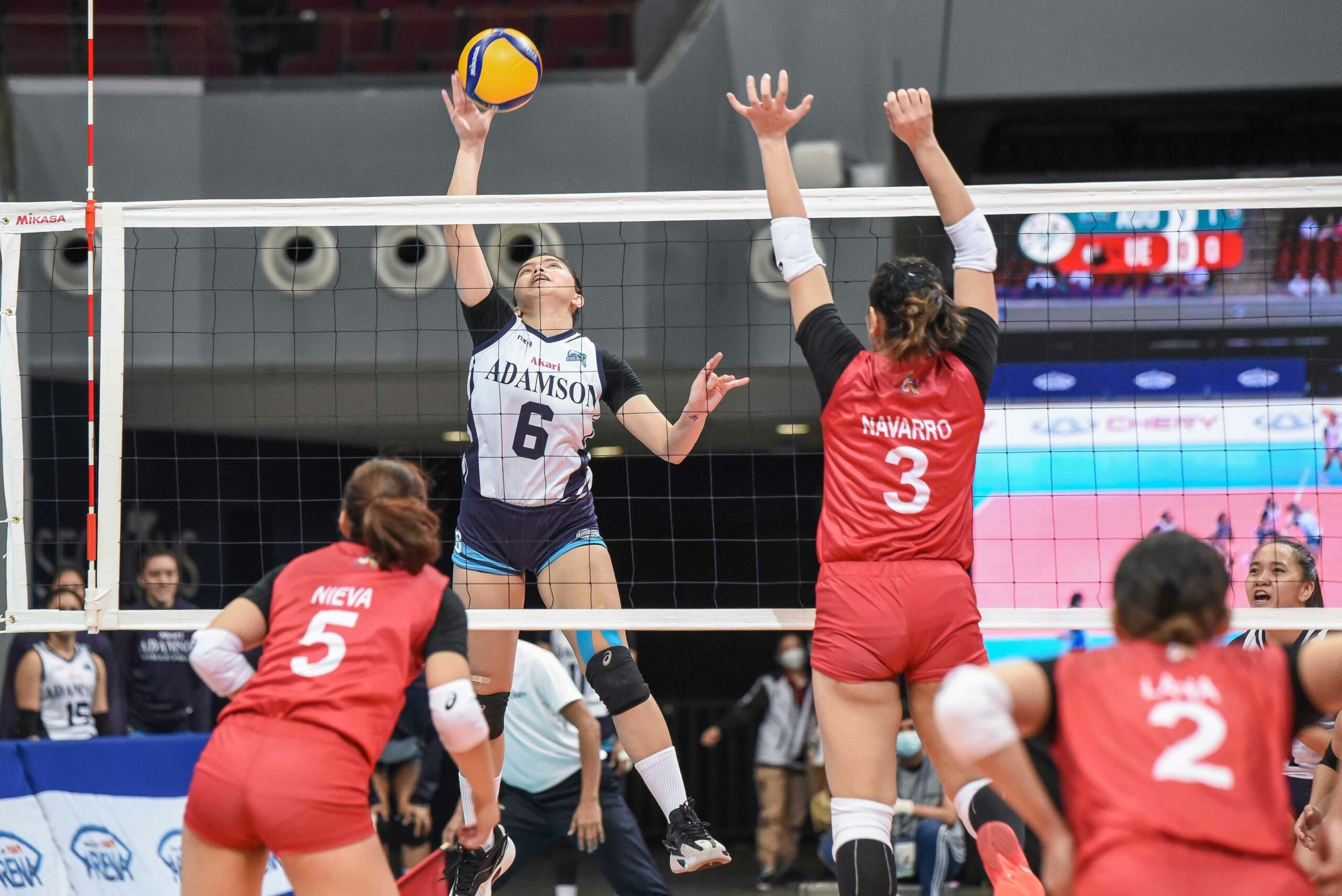 Adamson University returned to the win column, tripping winless University of the East in straight sets, 25-23, 25-20, 25-18, in the UAAP Season 84 women’s volleyball tournament, Thursday at the SM Mall of Asia Arena in Pasay City.

The Lady Falcons will enter the second round above .500 at 4-3, good for solo fourth.

Trailing 6-7 in the early goings of the third set, the Lady Falcons unleashed a 9-1 blast to establish a seven-point cushion on the way to a 25-18 tally for the win.

The Lady Falcons came back from a 19-22 deficit in the first period with a 6-2 spurt, capped by Toring’s quick kill, for the early advantage, 25-23.

After back-to-back points by UE, Adamson’s May Ann Nuique and Toring buried consecutive points to give their side a commanding 2-0 set lead, 25-20.

Nuique top-scored for Adamson with 15 points including four blocks as well, while Rizza Cruz had 10 points.

The Lady Warriors slid to 0-7.