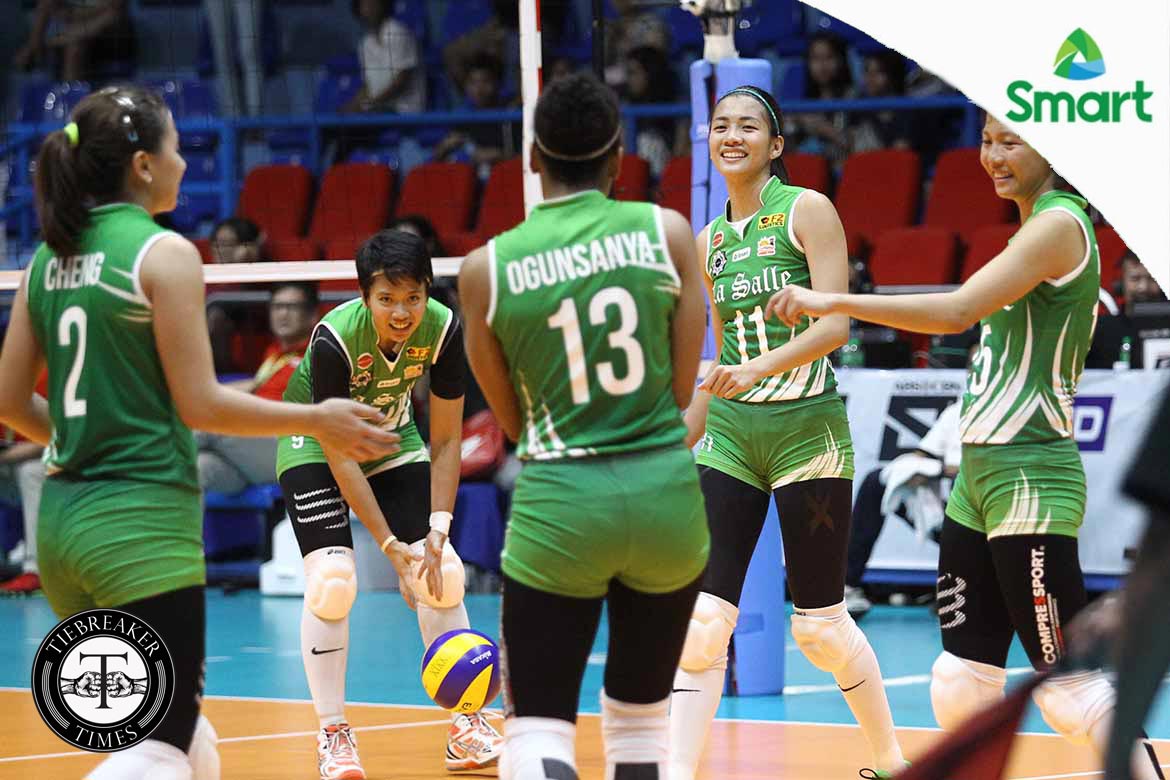 In his first 19 years, La Salle won nine UAAP championships and made the Finals 16 times.

Now, after the Lady Spikers swept the University of the East Lady Warriors for their sixth win of UAAP Season 79, Ramil De Jesus has coached 300 games for La Salle with a total winning record of 237-63.

Now in his 20th year, and having officially become one of the longest-tenured coaches in UAAP history, it’s still business as usual for the grizzled mentor.

His 300th match was another routine La Salle thrashing — a 25-18, 25-14, 25-16 triumph of the lowly Lady Warriors. For much of his career, the Lady Spikers have ritually dominated the other UAAP programs, so it was only fitting that his milestone of a match came in another quick decision.

For a coach still with championship ambitions, De Jesus is already looking ahead to the further improvement of his current batch of Lady Spikers. He initially did not even know that he had been coaching his 300th match until reporters informed him.

At 5-1, La Salle are in the midst of a tough title defense. On Saturday at the SM Mall of Asia Arena, they face rivals Ateneo De Manila University Lady Eagles, their opponents in the past five Finals series. This season is a new page on the rivalry as key players from both sides have graduated.

Above everything, De Jesus still has winning on his mind. One does not just last 20 years with an institution without being brilliant.